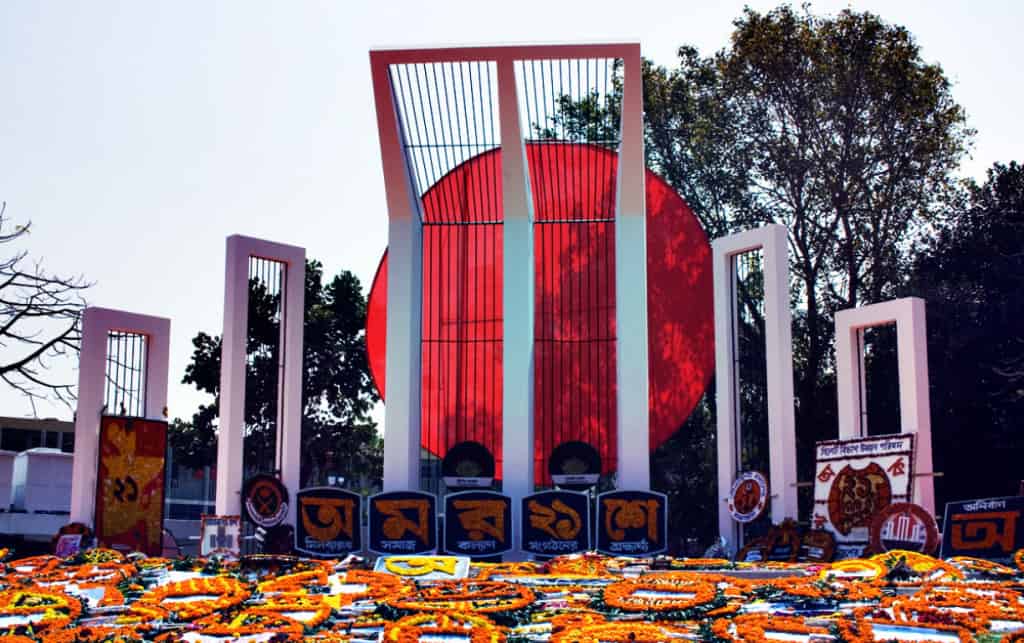 21st February is also known as the ‘Amor Ekushey’, the root of the Bengali Nationalism and an independent country, Bangladesh.

The International Mother Language Day on 21st February is observed worldwide to promote the awareness of the cultural diversity, linguistic and multilingualism.

The announcement of the IMD – International Mother Language Day came from UNESCO in November 17, 1999. But, it was officially recognized in 2008 under the United Nations General Assembly’s resolution to establish. More than 280 million people speak in the Bangla language across the world currently. 21 February is the most memorable annual day in the history of Bangladesh. It’s a national day with a public holiday to commemorate the sacrifices and protests to protect Bangla as the national language in 1952 at the time of the Movement of the Bengali Language.

A Brief History of the Language Movement of the 21st February, 1952

This day is commemorated for the martyrs of the language movement on 21st February 1952. After the movement, Bangla got the honor of being the state language of the former East Pakistan, the current Bangladesh. The movement was made on the strength to preserve the privileges to speak and write in some one’s mother tongue. The day of International Mother Language has been celebrated since 2000 to create awareness of multilingualism and peace worldwide.

It was on 21st of the February in 1952 that the students of the Dhaka University, Jagannath University along with Dhaka Medical College come out with a demonstration to restore ‘Bangla’ as the National Language of the former East Pakistan. But, the Junta of Pakistan ordered to shoot out over the procession brutally. Large quantities of students, common people were killed near the High Court of Dhaka. We commonly know the name of Rafiq, Barkat, Salam etc. But, there were a lot more people killed.

The Significance of 21 February, Amor Ekushey

Amor Ekushey of 21 February has a large value and significance for the Bengali nation. On this day they get the right to speak and write in their mother language after donating a huge amount blood under the shooting of the Pakistani Police. It acted as the catalyst of the identity of the Bengali national in the East Bengal. It also became the ancestor to the movements of the Bengali nationalist, including the Movement of the 6-point and finally the Liberation War of Bangladesh in 1971. 21 February is the National Day of the country with a public holiday. There is a Shaheed Minar (the Martyrs’ Monument) near the Dhaka Medical College to remember the victims and the movement.

Events and Celebration Internationally of the Amor Ekshey, 21 February

Each year, UNESCO selects the theme of the IMLD – International Mother Language Day. It sponsors all of the events relating to the IMLD in its Headquarters in Paris. The first and ancient event is the ‘Probhat Feri” from the first minutes of the 21st February. The other celebration and events of the day include discussion about the importance of the day, national, international and provincial award presenting. Bangladesh is the home of the Bengali Language and the day is observed all over the country. The day is also celebrated across the world, including countries like India, Canada, Russia, Philippines, Chile,  Egypt etc.

Another significant part of the Amor Ekushey, 21 February, is the month-long ‘Amor Ekushey Book Fair’.

The fair used to go up until the 21st of February for many years. But, due to the demand of the sellers, buyers and visitors, the fair is prolonged for the whole month of the February. The department of the Cultural Affairs of Bangladesh government controls the fair. The stalls are divided for the publishers, little magazines, child corner, Non-Governmental and Governmental Institute.

Moreover, the fair is also divided according to the name of the language movement martyrs, including Rafiq, Barkat, Shafiur, and many other scholars and renowned personnel. Here come many local publishers as well as some foreign publishers from India, Japan, Russia, and other countries. Some government institutions take stalls in the fair, such as the Bangladesh Tourism Board etc.

At the present time, some of the digital publishers like CD, VCD, and VDV take place at the Ekushey Book Fair. Some mobile operators come into the fair to introduce their new products and offers. The little magazines draw huge attention to the visitors.

Hotel 71 is one of the best hotels in Dhaka and this Dhaka hotel is situated in the middle of the city. The Hotel 71 offers a great stay with its luxurious and modern amenities and cordial hospitality of the staff. All other facilities are included to make your stay in a Dhaka a memorable trip. The breakfast includes a variety of dishes made up of about 40% western dishes and 60% local dishes.

So, 21st February is a very important day with the history, significance and celebration of Amor Ekushey along with the Bengali nationalism. The 21st February is the part and partial to the Bengali language, Bengali tradition and all about Bengali (Bangla). Without the Bengali Language Movement of the 21st, the Bangladeshi national has nothing to say about.

It’s the base of all Bangladeshi and Bangla speaking people around the world.

The Gibbon Experience – What to Bring & What to Watch...