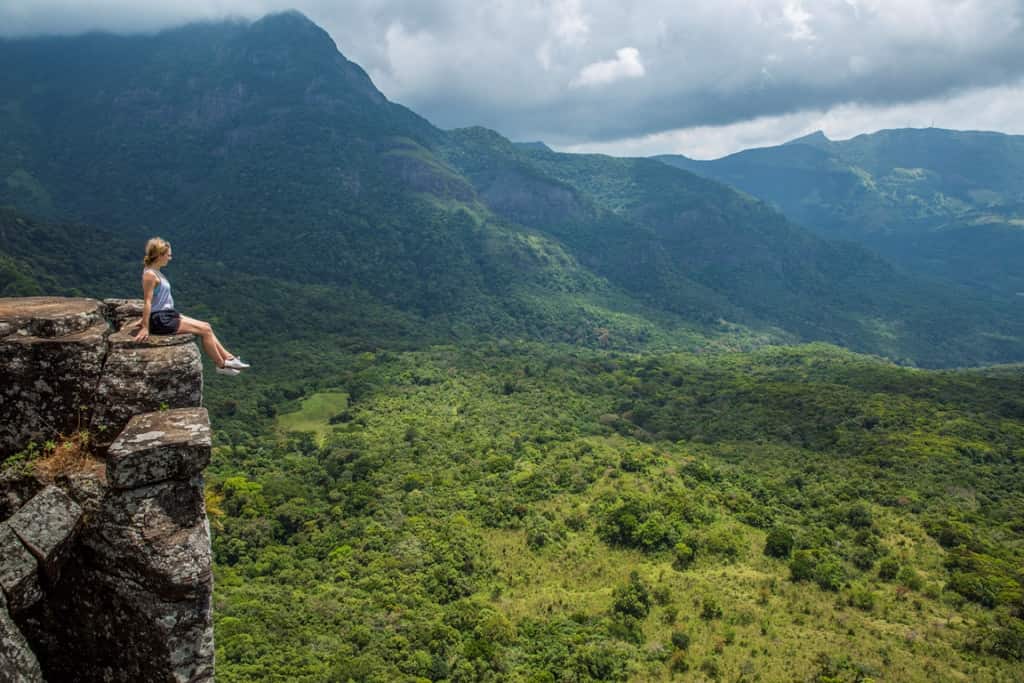 Travel Dudes was invited by Cinnamon Hotels and Resorts to attend the 2nd Travel Bloggers Asia Conference and Awards, ready to explore 8 days in Sri Lanka.

The Travel Dudes team was nominated for the Best Optimization of Social Media and we accepted the opportunity to attend the conference and ceremony. My name is Greg Snell, a Videographer here at Travel Dudes, and it was my job to attend TBC Asia on behalf of our team. This is my written experience.

I have been lucky to visit Sri Lanka three times in two years.

This tiny island nation is a gem of travel in Asia with amazing environmental diversity, exotic wildlife, stunning landscapes, intense foods, and incredibly friendly people. Sri Lanka also comes with a shocking history and bright vision for a prosperous and positive future. The island is the perfect mix of unique travel opportunities and genuine intercultural exchange. My third trip back (as mentioned in the intro) was representing Travel Dudes in the second TBC Asia Conference and Awards ceremony hosted by Cinnamon Hotels and Resorts. It was a spectacular event, and one I enjoyed being part of.

What we did in 8 days in Sri Lanka

Our trip was spread out over eight days and focused the first six on the central hill country surrounding Kandy and the last two in Colombo attending the conference and awards. Central Sri Lanka is surprisingly very hilly and during the British occupation throughout the 19th century was primarily turned into Tea manufacturing land. The result is beautiful sweeping hills of tea plantations as far as the eye can see. It is really amazing and an art to photograph, especially in the right light.

We stayed in Kandy for the entire six day pre trip and from there took day trips to the surrounding areas. Our main hotel in Kandy was the Cinnamon Citadel Resort, a stunning complex located directly on the Mahaweli Ganga River, about a ten minute drive from the city center. The hotel had all of the amenities expected plus an incredible restaurant and selection of food to rival any other luxury hotel I’ve visited on the island. The grounds hosted a pool, gym, bar, hammocks with a view, and great service in a timely manner that was always amiable to the highest degree.

From the Cinnamon Citadel Resort we drove into the surrounding countryside exploring the wilderness parks, tea plantations, and old colonial towns scattered throughout the hills. Our first stop was the Knuckles Conservation Forest about an hour and a half drive from Kandy. The reserve is home to an amazing cliff area with sheer drops of over 150m and stunning views of the surrounding area. Check out these photos taken during that visit.

Our second destination was Nuwara Eliya, a beautiful colonial town situated high in the hills about a four hour train journey from Kandy, and I say train because the ride is amazingly scenic and worth the extra time rather than driving. The train route slowly winds its way through the mountains and hills with stunning vistas at every turn.

Most Sri Lankan trains have open doors and you can literally hang outside of the space while the train chugs it’s way along. It is an incredible sense of freedom and such an amazing way to experience the country you’re travelling through. The train ride to Nuwara Eliya is half the experience in itself.

We didn’t stay long in Nuwara Eliya, but it should be mentioned that the city is considered the center of the tea growing region of Sri Lanka and was founded by the British and turned into a sort of country manner estate village for summer retreats and vacationing in the high lands to escape the heat. A lot of those classic British traditions still remain, like horse racing and typical flower gardens, gold, tea time, etc. It is an interesting place.

Once we arrived in Nuwara Eliya we were treated to a great lunch and then drove further into the hills towards the Mackwoods Tea Plantation. Mackwoods is one of the oldest tea plantations in Sri Lanka founded in 1841, by Captain William Mackwood, Mackwoods has the distinction of being a member of the Ceylon Chamber of Commerce for over 100 years. Amazingly, this year, it is entering its 174th year of business, crazy.

From the Cinnamon Citadel Kandy we headed back to Colombo for the final two days of our 8 days in Sri Lanka and the TBC Asia Conference and Awards. It was very cool to be there on behalf of Travel Dudes as the team was nominated for an award (Best Optimization of Social Media) and from what I understood had a good chance of winning. The conference and ceremony were held over one day and I was greeted by many industry colleagues as well as a ton of local Sri Lankan tour operators and hotel chains.

The TBC Asia conference was a big success with talks being held on influencer marketing, working with brands, podcasts, video production, instagram influencing, sustainable tourism, and responsible tourism practices. All key notes being followed by questions and panel discussions which were all enlightening the topics presented.

After the conference were the awards and as my flight was meant to depart that evening I only had a few hours to really enjoy the experience. Lucky for me our Travel Dudes nomination was up first and as the nominees were presented I was asked to approach the stage. First Bronze, then Silver, …and finally Gold, we were called to the stage and we won Gold!!! Nice.

What a great way to finish another great experience.

My third time in Sri Lanka in two years was concluded on a super high note. Thank you so much for the awesome time exploring another wonderful part of this great country. I hope you’ve enjoyed this post and be sure to check out more in Sri Lanka before you go.

How to Spend 48 Hours in Singapore

Encapsulated In Tokyo – A Night At The Capsule Hotel