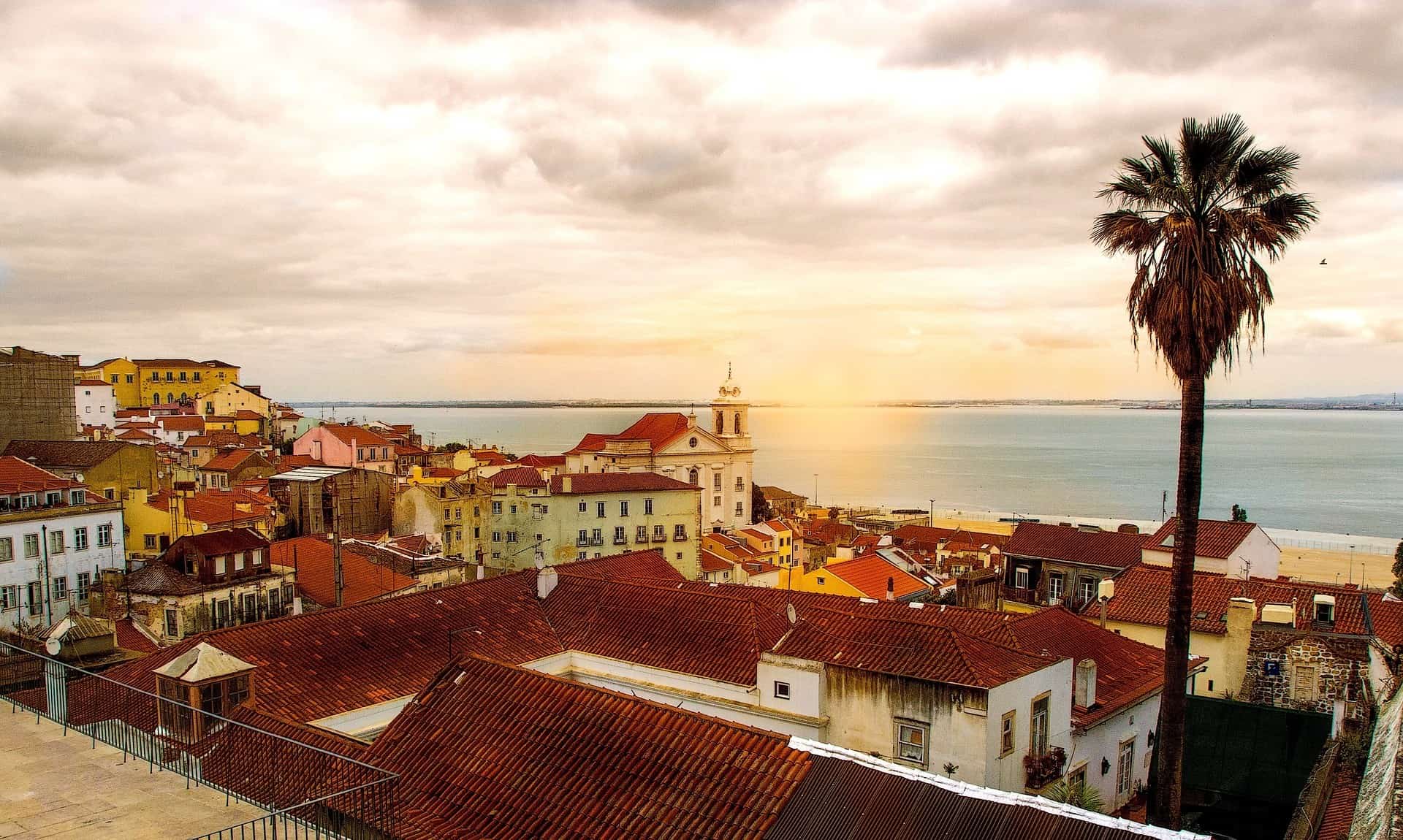 Lisbon, the capital of Portugal is divided into six different districts and the famous Park of the Nations.

When one travels to Lisbon and walks it all around can easily discover the true spirit of the city in its traditional Lisbon neighborhoods.

Baixa and Chiado, Alfama, Barrio Alto, and Belèm are the areas of Lisbon that we will explore in this quick glance and the capital of Portugal.

Spending a little extra time wandering around these four areas will make your trip to Lisbon something really memorable.

Some of the best Lisbon neighborhoods to explore include:

Lisbon mountainous landscape can easily catch the attention of tourists, and here in Baixa and Chiado, that is very easy to perceive. Due to this particularity, the city is well equipped with several trams, funiculars and elevator that transport its inhabitants from one place to another.

Baixa is one of the most popular hotspots of the city due to its tremendous commercial and financial activity. Destroyed in the terrible 1755 Lisbon Earthquake, this area was rebuilt by Pombal with perfect grid streets that kept their original names. Places like Avenida da Liberdade, Praça do Comércio, Praça da Figueira, Elevador de Santa Justa, Praça do Rossio, Estação do Rossio, Teatro Nacional Dona Maria and Praça dos Restauradores, can’t be missed when exploring Baixa.

Chiado on the other side is a very popular shopping district in Lisbon that provides a full range of boutiques, books stores and cafés as well as several museums and theaters.

Bairro Alto, one of the most popular and picturesque areas of Lisbon, is a residential neighborhood that attracts lots of tourists due to its cobbled streets and relaxing atmosphere. Here it is possible to discover the true essence of the city in its countless bars, cafés, restaurants and fado pubs.

Alfama is a very representative area of Lisbon, because in this picturesque Lisbon neighborhood, Muslims, Christians and Jews lived together in a peaceful community. Its medieval atmosphere is a treat for professional and amateur photographers that find in this area the inspiration for a perfect picture.

Belem is an neighborhood in Lisbon that reminds us how successful Portugal was in the discovery of new lands during the colonization period. From here, many of the great Portuguese explorers began their odysseys to new lands.

If you are a true traveler, probably you already know that the best way to discover the beauty of a city is by staying at one of the Lisbon apartments rather than in a hotel, not only because it is the most convenient way of accommodation, but also because of second to none feeling of staying at home while traveling.

Essential Things to Do in Ukraine