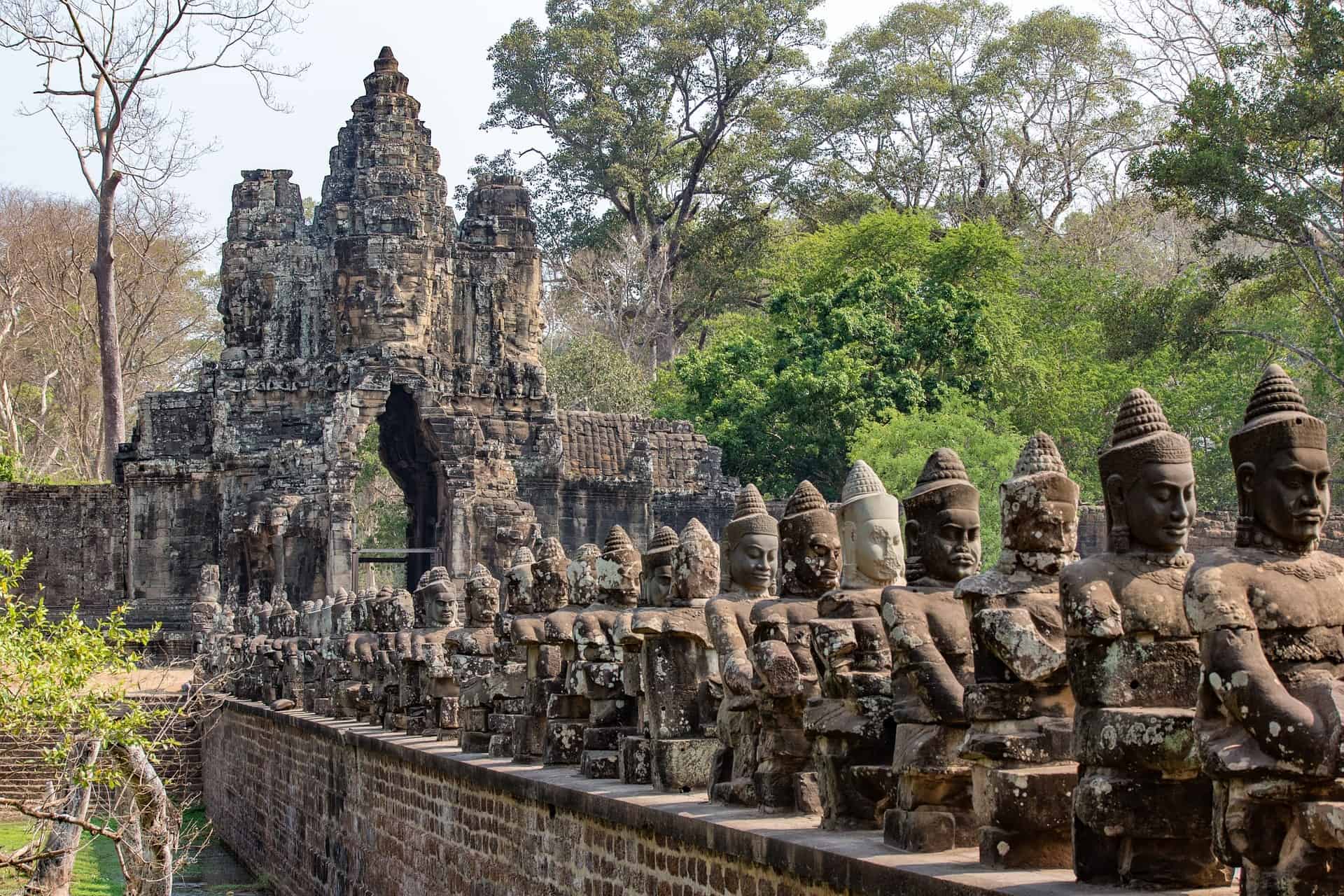 Angkor Wat in Cambodia has more than a thousand temples across an area that stretches 400 square kilometres. The temples come in various states of disrepair, shapes, sizes and magnificence. Because of their vast size, we recommend microlighting over Angkor Wat.

Most famous because of how old they are (built from 9th-12th century) and because of the astonishing Cambodian scenery as a backdrop.

Also known for being in the film Lara Croft: Tomb Raider from 2001.

Although I am recommending Microlighting over Angkor Wat this should always be in conjunction with seeing at least the main temples by foot for a number of reasons.

Temple Up-keep: I mentioned earlier that the temples are in various states of disrepair and many of the temples are well looked after so tourists like you and me can see them in all their glory. Going by foot means you will have to pay an entrance fee to see the temples and this goes towards their up-keep (roughly 25% of your fee). You can also join one of the many organised Angkor Wat tours.

When I went out by foot we took a Tuk Tuk taxi to Angkor Wat for Sunrise then did a mixture of walking and taxi’s to the other temples.

How to Book Microlighting around Angkor Wat

Well this is easy as far as I can see, there is only one company you can go with in Siem Reap, although there are other companies that offer plane or helicopter trips. Both this other options cost a considerable amount more and can’t fly as low as a Microlight can, plus you’re not out in the fresh sky air either.

The company I went with was called Sky Venture, unfortunately the British owner had to return to the UK after a motorbike accident but luckily two year’s later the pilot that I flew with from this company is back and flying the same tour I went but through a different firm.

Prices range from US $75-$225 depending on what tour you want to do. I suggest going for the midrange tour costing $125, which allows you to see Angkor Wat as I did plus surrounding farmlands and the Roluos Group Temples.

Top Hanoi Things To Do