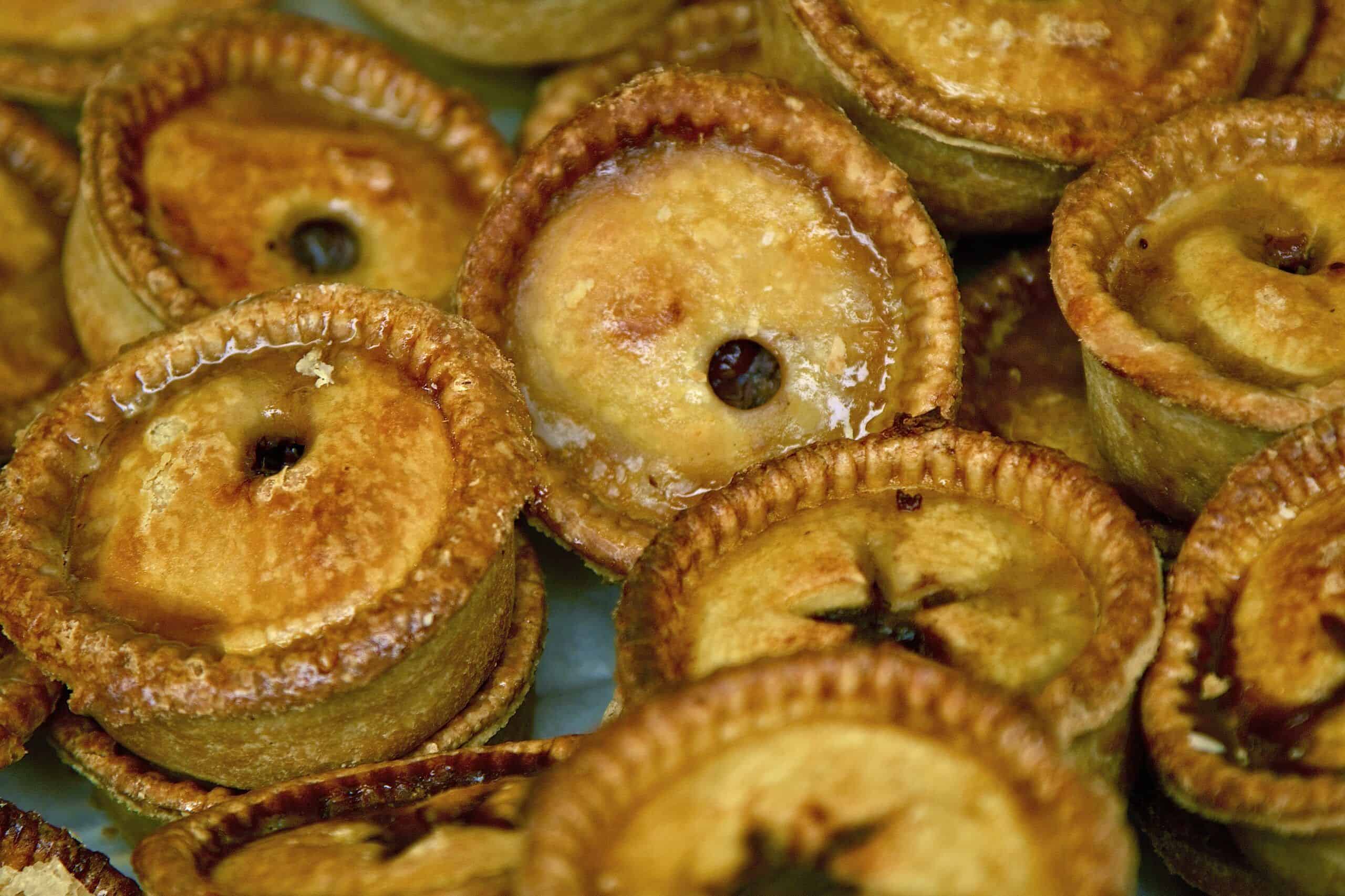 From the swollen sweetness of Scottish raspberries to simple crab sandwiches on a Devon quayside, fresh regional British food is back on the map.

Our top local dishes represent only the tiniest taster of our islands’ bountiful larder so get an appetite, get touring and get tasting.

Regional British food that you have to try

While traveling around England, make sure to try out these different regional British foods.

We’ve cheated a wee bit here and included cheese in general. It’s a nationwide obsession that comes in a bewildering array of styles and flavours. Try tangy blue Stilton, made by law at only 6 dairies worldwide, tasty, nettle-wrapped Yarg from Cornwall or the original and best Cheddar from the West Country. Or seek out cheeses like the squishy Stinking Bishop renowned for its outrageous pong, crumbly Caerphilly, a favourite of Welsh miners or Caboc a cheese from the Scottish Highlands served on a bed of toasted oats.

An Arbroath Smokie is a haddock that has been salted and smoked over hardwood to produce a fish with an intense, rich smoky flavour and burnished copper colouring. The fish are now protected by the European Commission in the same way as Champagne – only haddock smoked in the traditional manner within an 8km radius of Arbroath are considered the genuine article. These days they’re exported all over the world and few producers rival Iain Spink.

These lambs graze on Llanrhidian Marsh, part of the National Trust’s Weobley Castle Farm on the Gower Peninsula. This tidal marsh supports the salt-tolerant grasses and herbs of samphire, sorrel, sea lavender and thrift that the lambs feed on. This gives Gower Salt Marsh Lamb its distinct, rich flavour sought after by top chefs and restaurateurs the world over.

The quintessential South Wales ingredient is made from Laver seaweed boiled for several hours to form a black, mineral-rich puree. This can be then used as a rich base for stock or sauce or added to oatmeal and fried into cakes as part of a traditional Welsh breakfast. Try Laverbread at Swansea Market or buy online at the dedicated Laverbread website.

We all know haggis, it’s probably one of the most well-known regional British food. Or do we?

This Chieftain O’ The Puddin’ Race, as described by Robert Burns, is an allusive little critter, which is strange considering its supposed ubiquity north of the border. So what actually is it? Well, recipes vary, but generally, haggis is the minced offal of a sheep, pig or cow mixed with suet, onions, oatmeal, spices and seasoning boiled in the stomach of the animal (or more contemporary synthetic equivalent). Not for the squeamish, then, but if you hunt down good quality haggis you’d be surprised how delicious it is.

If you’re too squeamish, then look out for vegan haggis in Edinburgh.

Pie and mash is a pretty standard British food, but have you tried pie and mash and jellied eels in London?

These traditional working class staples were once sold throughout East and South London and still survive if you know where to look. Simple meat pies are served with a scoop of mash and green liquor sauce made from parsley. If you’re feeling brave you can also try eels boiled in gelatine, a tradition that remains from the days when eels where the only fish hardy enough to survive in the polluted River Thames. Traditional pie and mash shops are worth a visit for their traditional decor alone. Manze’s in Tower Bridge Road is a splendid example as is F Cooke on Broadway Market in Hackney.

There are pork pies and then there are golden, hand-crimped pastry treasure chests encasing the best cuts of pork and the richest jelly. And the place to unearth these nuggets of perfection? Melton Mowbray in Lincolnshire. Visit the Dickinson and Morris pie shop in the centre of town to find the original and best pies and to try your hand at making your own.

The Romans first popularised these tangy molluscs found off the Essex coast. And Colchester Natives are considered some of the world’s best. Flatter and rounder than the more common “rock” or “gigas” oyster, they are also sweeter, creamier and much more delicate. One of the most famous suppliers is Richard Haward based in Mersea Island where the oysters were famously dubbed by the Romans as “the only good thing to come out of Britain”.

Venison, along with other types of Scottish game, is one of Scotland’s most famous products with a robust, rich flavour. Prime cuts such as the haunch or saddle are most often roasted, medallion steaks can be pan-fried while less tender cuts can be stewed or used for mince, burgers or sausages. Venison is best paired with strongly flavoured sauces and fruit like redcurrants and sloes.

Another local legend that has been tainted by mass production is the Cornish pasty. The Cornish Pasty Association states that “a genuine Cornish pasty has a distinctive ‘D’ shape and is crimped on one side, never on top. The texture of the filling for the pasty is chunky, made up of uncooked minced or roughly cut chunks of beef (not less than 12.5%), swede or turnip, potato and onion and a light peppery seasoning”. So, there you have it. Accept no imitations, head to Cornwall and track down the real thing. Here’s where to get the best pasties in Cornwall.