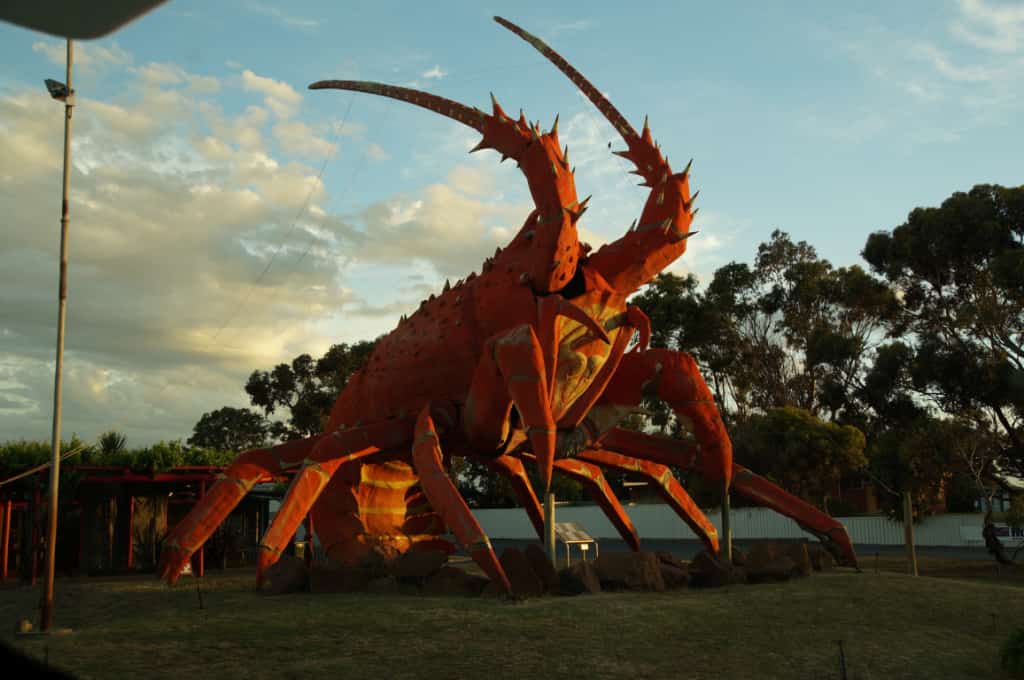 Is it cool? Is it quirky?

Call it what you like, but you won’t spend long in Australia before you come across a ‘Big Thing’.

“What is an Australian Big Thing?” I hear you say. Well, let me explain.

Australia is a huge country; absolutely enormous in fact. Australian drivers cover massive distances without giving it a second thought. They’re used to it. So, to provide landmarks along the way, and to celebrate local features, giant models are placed along roadsides all around Australia. These are known as Big Things.

It all started with the Big Banana, which was constructed with the intention of attracting customers to a banana stall by the road in Coffs Harbour, New South Wales. It quickly became an Australian habit.

From big prawns, whales, and mangoes, to kangaroos and guitars, there are lots of Australian Big things – almost 150! Motorists could cover hundreds of kilometres before they had seen all of the Australian Big Things. You can definitely go on a dedicated Big Things tour in Australia.

Here’s a list of some of my favourite Australian Big Things. On your next Aussie road trip, see how many you can see!

How many Australian Big Things have you seen, and which are your favourites? Here’s another map of Big Things to look at!

Things To Do in Dunedin, New Zealand

Tahiti vs Bora Bora: Which Island is Ideal for a Honeymoon?

Things to Do in the Karijini National Park, Australia