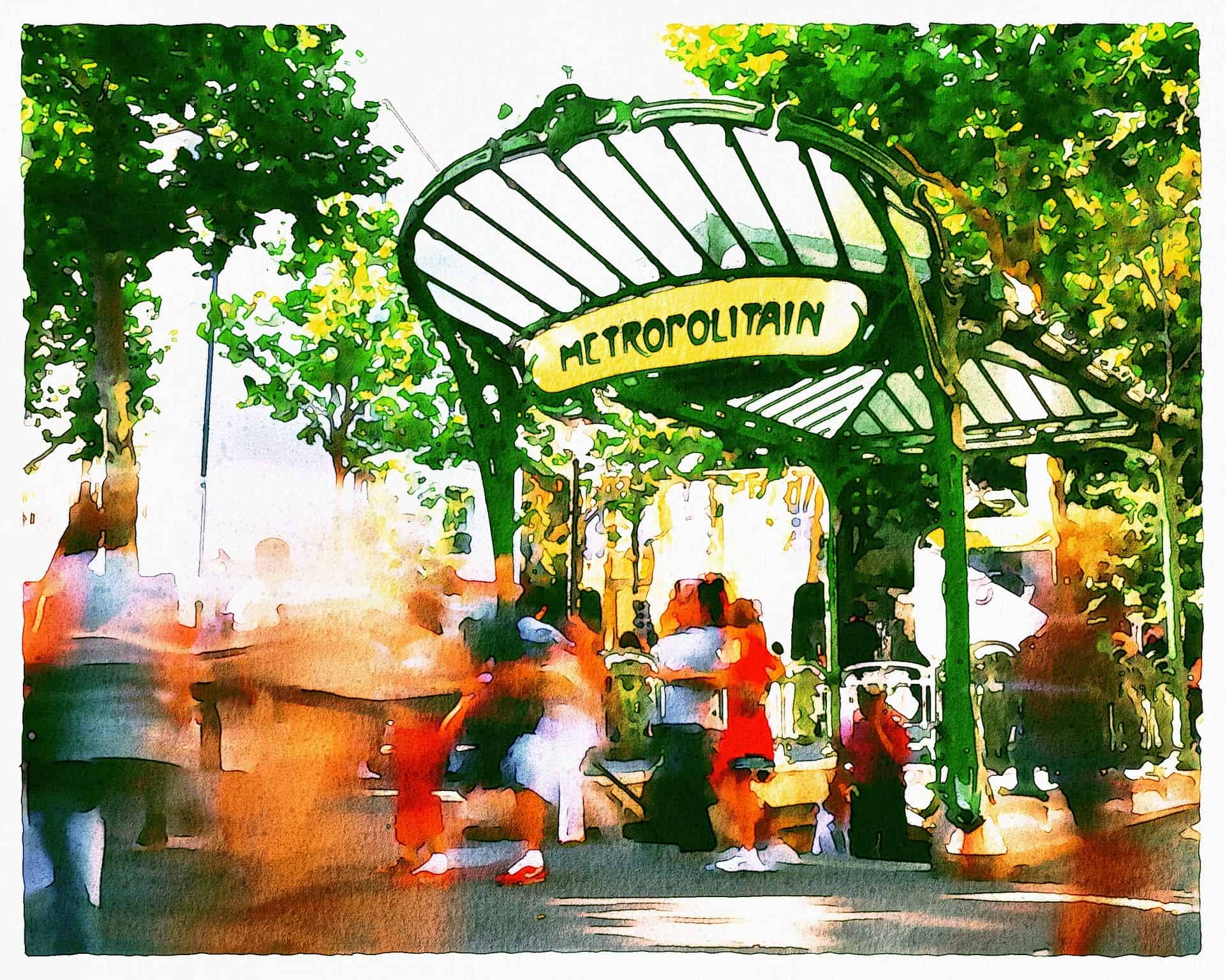 A lot of tourists have unfortunate encounters with pickpockets in Paris. Your vacation can be ruined in a few seconds because of them.

However, while luck can play a part, most of the time it is your behavior that will dictate whether you’ll be the victim of a pickpocket or not.

Note, that those tips apply to Paris, but we can safely assume that they work in other European cities too.

Basic and Simple Tips to Avoid Pickpockets in Paris

With so many things to do in Paris, don’t let your holiday get ruined by pickpockets in Paris!

1. Pickpockets only prey on tourists

The less you look and behave like a tourist, the less you’re likely to be robbed. For some reason, tourists feel like dressing in a special way when traveling, almost as if they feel like they need to have a “tourist uniform” (you know what I mean). While it’s not always possible to dress like a local, toning down your general “tourist look” is not a bad idea.

Also, “when in Rome…”, see how other people act. In the subway -because this is where most pickpocketing in Paris happens – you’ll never see Parisians stare, smile at strangers and speak loudly. Tourists on the other hand…

Also, because pickpockets prey on tourists, you’re most likely to find them in tourist areas (Eiffel Tower, Montmartre, Champs-Élysées & Louvre) as well as subway lines where you’ll find the most tourists (Line 1, 4 & 12, but that doesn’t mean that you won’t find them on other lines).

2. Be aware of your surroundings

Many tourists feel like they’re in Disneyland or something when they travel abroad and are really clueless about what’s actually going on around them. Traveling is not only about sightseeing.

Because Paris is Paris – beautiful city, object of dream and fantasy for many people around the world – a lot of tourists sometime tend to forget they’re in the real world, with real people, leading real lives in it, it’s not just beautiful streets and world-famous monuments. And among those “real people” not everyone is here to please you.

3. Don’t make your stuff available to pickpockets in Paris

It seems obvious but I can’t tell you how many times I saw tourists almost begging to be robbed (maybe because they forgot the previous point).

For example, if you leave your backpack on your back in the subway, you simply can’t see and can’t feel when somebody opens it and digs through it (also, this is simply politeness, your backpack behind you will use more space -a scarcity in the subway at times- and you will bump and hit other travelers everytime you’ll move).

Also, do not leave any pocket or bag open when you can close them, and do not leave anything of value in easily accessible pockets (this includes the back pocket of your pants, worst place to put your wallet on earth).

One or two or three will distract you while another one goes shopping in your stuff. I can’t talk for every place, but in Paris, in recent years most the main “gangs” of pickpockets were more often than not teenage girls (from Bosnia, but that’s not written on their face).

If you see a small group of girls age around 12/13 acting strange (like standing very close to you or somebody else while the subway is not actually that crowded), there’s little doubt of who they are and what they’re doing.

5. Finally, if you’re out of luck and actually get robbed

First it seems obvious but don’t let them do if you realize it in it (it can seem amazing, but once I saw a girl getting pick pocketed in Paris, she realized it as it was happening, I guess she got scared but instead of defending herself she just froze and the girls could grab her wallet and run away).

Don’t be physically violent, you don’t know how they’ll react (even if you’re a strong guy, you don’t want 5-6 teenage girls ganging up on you), but don’t let them do either. Finally, make sure you call the police right away, especially if they stole something.

Get off the train at the same station than they did (usually they’ll leave the car as doors are closing, if that happens, go to the next station, take the train coming from the opposite direction and go back to the station where they got off the train. Then, go talk to somebody from the subway company as soon as you can and they will call the police.

Pickpockets are after your money and only your money (there are rumors that they’re after US passports too, but I think that’s only rumors), so chances are that they threw the rest of your wallet away in the closest trash can (that’s evidence against them, why would they keep it) and cops will likely find it (with no cash in it obviously).

One last word about cash, don’t carry hundreds and hundreds of Euros with you in cash. You’ll never need that much cash in one day when traveling, why take the risk to lose it, especially in Europe where you can pay for almost everything with your Visa/Mastercard?

Get a travel insurance quote from WorldNomads before heading off on your trip – you can never be too prepared for issues popping up while on your travelers. Including getting pickpocketed in Paris!

Summer in London: The Best Spots in the City