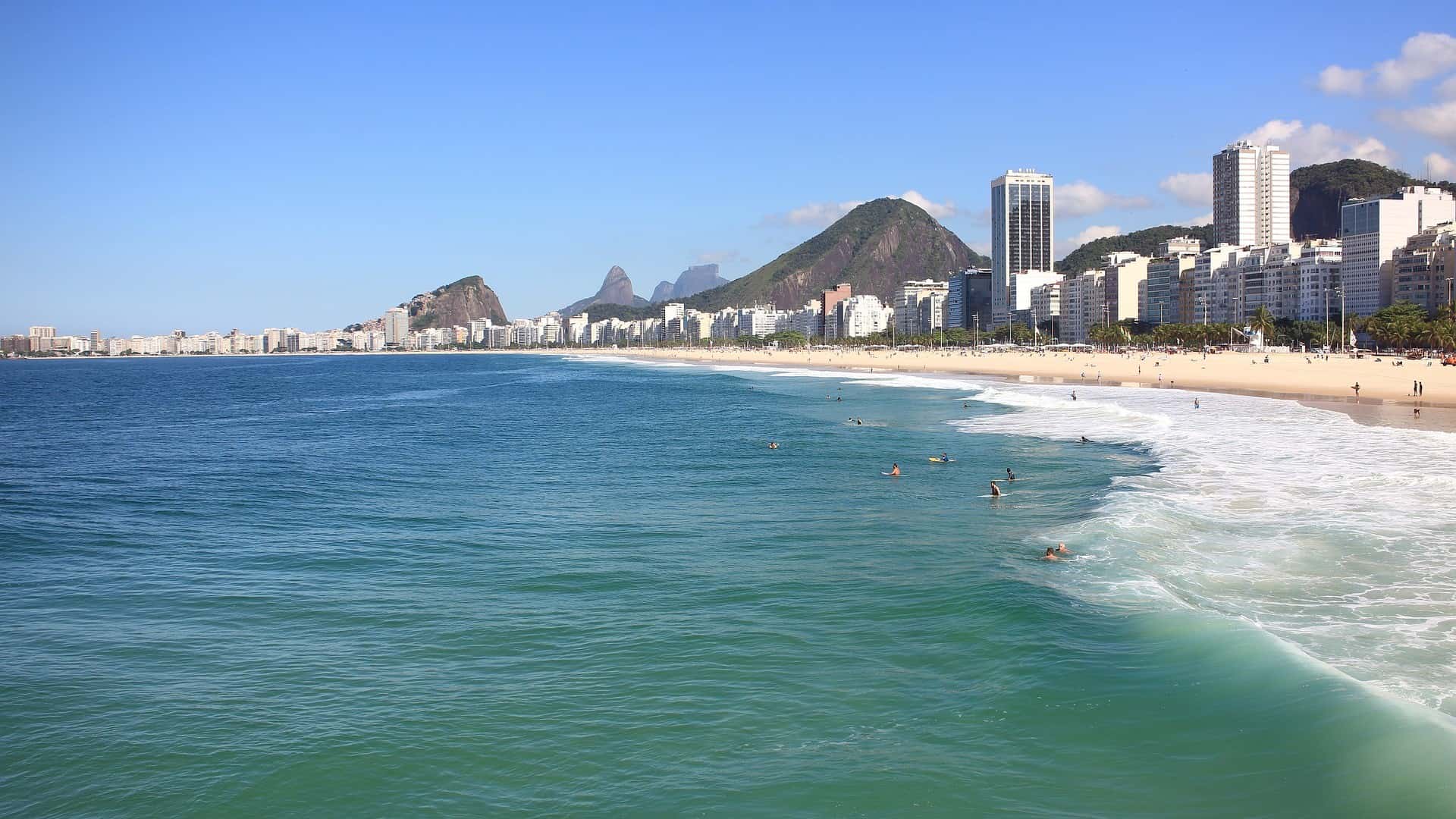 Rio de Janeiro got an unique beach culture, with a code of customs which outlanders (even Brazilians from other cities) can misconstrue easily.

Despite what many foreigners may believe, there are no topless beaches. Girls can wear tiny string bikinis (fio dental), but it doesn’t mean they’re exhibitionists. For most of them, it’s highly offensive to stare. Until the 1990s, men and boys wore speedos, but since then wearing bermudas or boardshorts has become more common. Jammers are less common but still accepted.

Waves in Rio vary from tiny and calm in the Guanabara bay beaches (Paquetá, Ramos, Flamengo, Botafogo, Urca) to high, surf-ideal waves in Recreio. In Leme, Copacabana, Arpoador, Ipanema, and Leblon, there’s a popular way of “riding” the waves called pegar jacaré (pe-GAHR zha-kah-REH; literally, “to grab an alligator”). You wait for the wave to come behind you then swim on top of it until it crumbles next to the sand.

Commerce is common in Rio’s beaches, with thousands of walking vendors selling everything from sun glasses to fried shrimp to cooling beverages (try mate com limão, a local ice tea mixed with lemonade). For food, there is also empada (baked flour pastry filled with meat or cheese) and sanduíche natural (cool sandwich with vegetables and mayo). Vendors typically shout out loud what they’re selling, but they won’t usually bother you unless you call them.

Although beaches are often considered a plural, democratic space, there are still some informal (and not too strict) “social area” divisions. In the South Zone, Copacabana attracts mainly tourists (foreign and national) and lower-classes bathers. Prostitution is also present there, even in daylight. Ipanema is the major beach for the middle-class, and specifically the Posto 9 section (watchtower #9) is preferred by left-wing, intellectuals, artists, journalists and similar beach-goers. You can easily walk into a politician or someone famous there. The area close to the Farme de Amoedo street in Ipanema is known to attract the gay crowd of the city that show off openly their sexuality. The beaches in Barra and Recreio (Quebra-Mar, Pepê, Pontal, Prainha) were favored by surfers and hang-gliders until the 1980s, but now they are outnumbered by the middle-class and nouveau riche from the suburbs and also West Zone favela residents, such as now world-famous Cidade de Deus (City of God, made famous in the eponymous film).

There is also Praia de Ramos in the Guanabara Bay, a popular destination among low-class beach-goers. There the government built an artificial pool on the sand (piscinão). This area is NOT recommended for foreigners to visit.