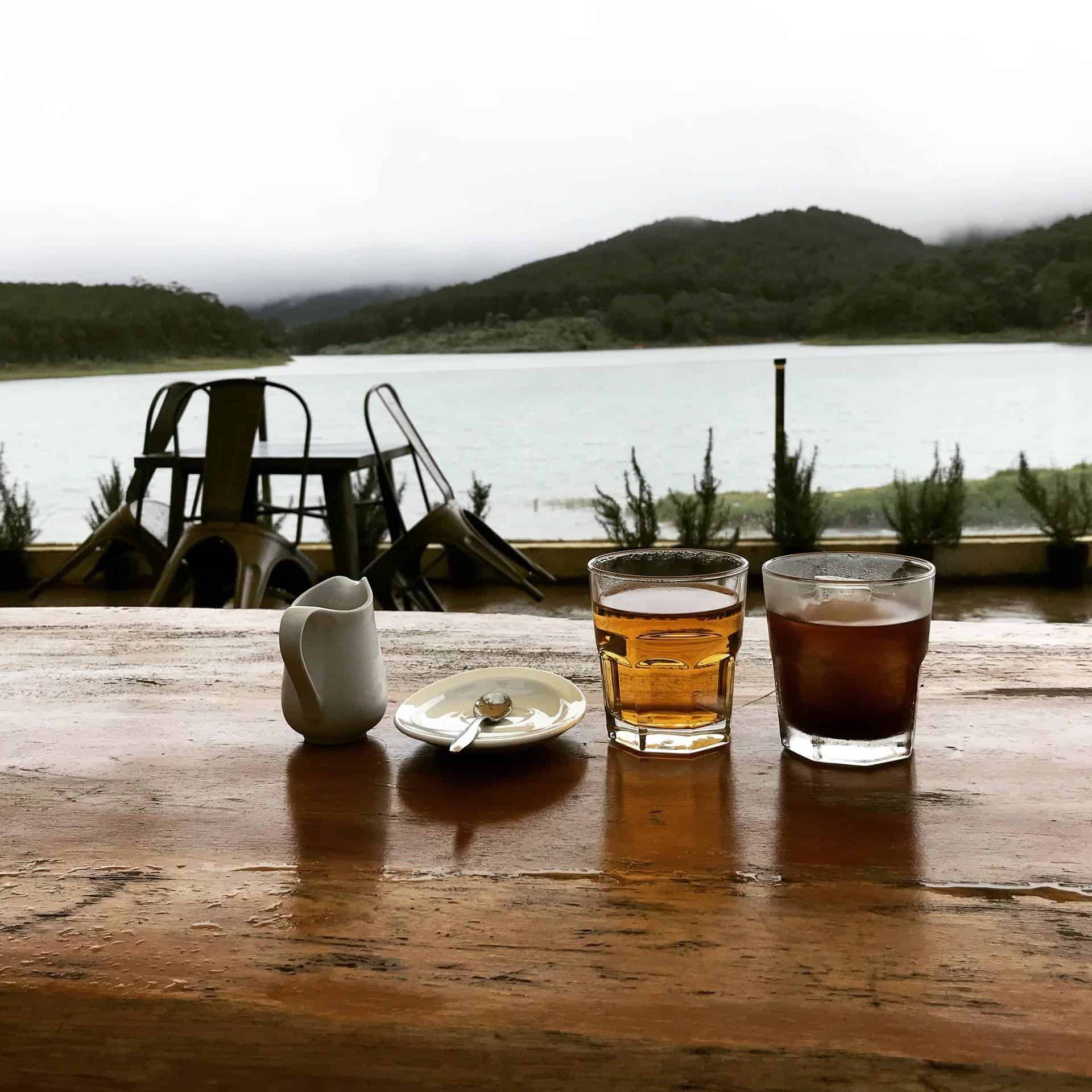 Much has been written about Bia Hoi – a popular beer in Vietnam.

It’s a foamy, light-alcohol beer found mostly in northern Vietnam. Made fresh each day with few preservatives, the dregs are chucked down the gutter at close of business each day.

This quick turnover and easy brewing means it’s exceptionally cheap — about 20 cents a glass, though Vietnam’s rapid inflation may see that rise before publication — and the establishments that serve it are also relatively basic.

Far, far cheaper than its Czech-inspired counterpart. Though both cost peanuts compared to most places back home, there’s a certain satisfaction in knowing your dozen beers cost only US$3.

It’s a rare night you’ll spend with friends clustered round the low-slung plastic stools of a bia hoi where some blinking, red-faced bloke won’t lurch up to your table to repeatedly grasp your hand and yell, “Helloo! Hello! Helloh?” then invite you to join his mates for some rounds of cheap, rice-based spirits.

Vodka Hanoi (cheap, rice-based vodka with a slightly greasy aftertaste) is a standard but many places also stock ruou ong den — rice wine infused with the whole bees’ nest, not just the nectar — or ruou dua, rice wine left to ferment in a coconut shell (it tastes a hell of a lot better than Malibu, believe us).

The hangover’s never worth it, mind.

Usually these beer barns are open-walled and tables and chairs often spill onto the street. You may get a lungful of motorbike exhaust with your fried spinach, but you get a nice view as well. Others back onto lakes or parks, or the Mausoleum.

It’s rare in the south but unheard of in the rest of the world. Fresh, brewed daily and cheaper than any other beer, anywhere. That has to count for something in a world of generic, international brands. And it’s no more watery than Bud or Coors, anyway. It’s a good beer in Vietnam to try.

Think of this: the French colonial oppressors brought bia to Vietnam to stop people wrecking themselves on dodgy rice spirit.  This is where bia hois originally came from. The pilsner beer halls are a result of people studying in former communist nations back in the days when everyone still knew the words to the Internationale.  But the leftovers of colonial rule — the bia hois — are still working men’s brew halls while the results of the egalitarian international brotherhood are there mostly for the rapidly emerging middle class.

Bia hoi gets more egalitarian yet. A bia hoi can be nothing more than a tiny grandmother sat roadside with a table, chairs, a keg and a few glasses.  Using technology no more complicated than a rubber pipe she sucks some frothy beer from the keg, so you can usually have a drink morning, noon or night. As Vietnam modernizes, beer for breakfast has become less common, but it was once a grand tradition.

Though some drinkers will vehemently disagree, bia hoi doesn’t usually leave you with a pounding hangover. It’s low alcohol content means it takes a concerted effort to get drunk enough to feel dreadful the next day. Most problems come from people getting a stale batch, something you have to watch out for. Drinking beer in Vietnam at busy places is a better idea.