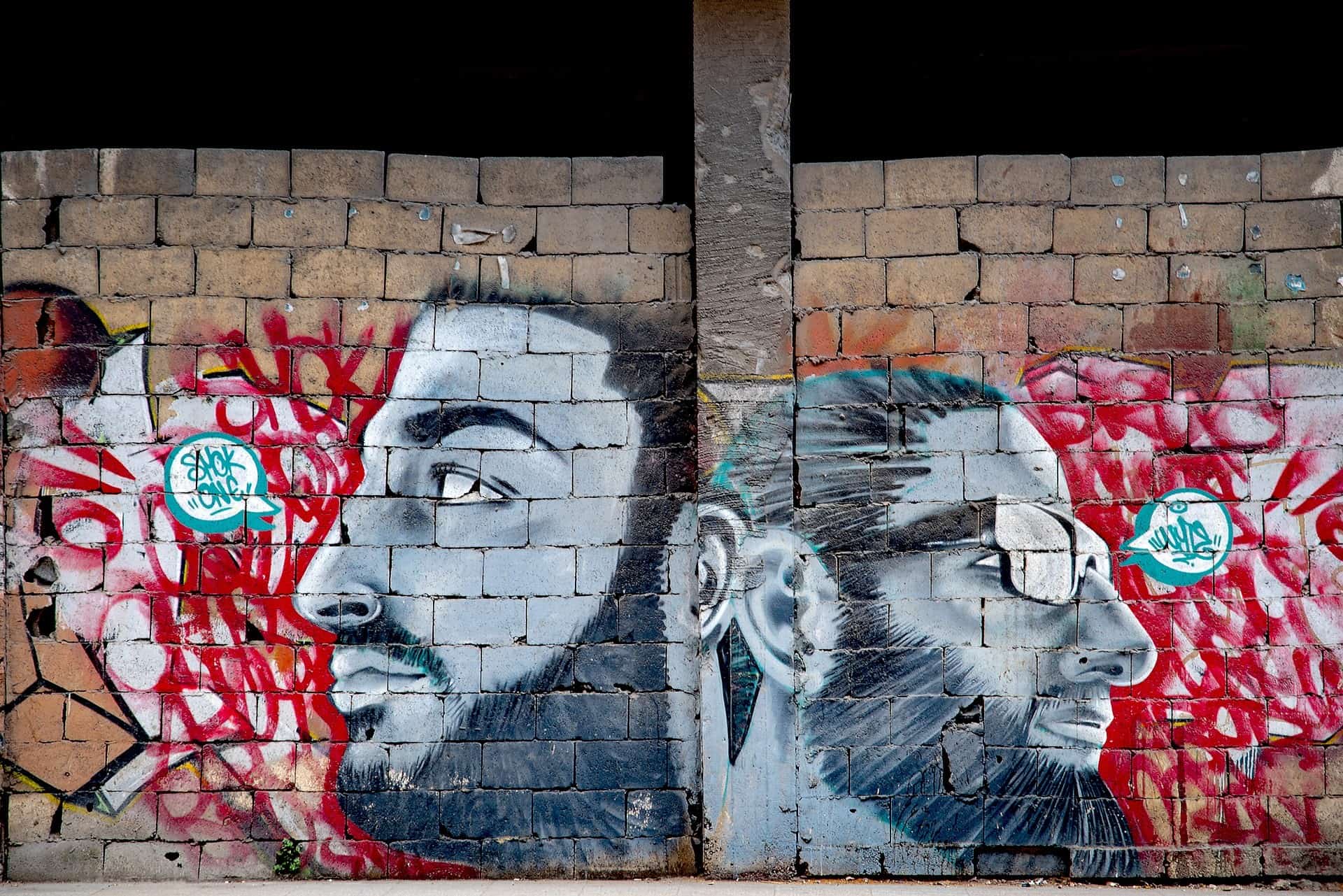 What is incredible about Lebanon is its small size that allows you to go from North to South in around 3 hours! And despite it’s small size, there are many amazing places to visit in Lebanon!

The Lebanese coast is only 200km. But also, Lebanon is incredibly diverse in terms of landscape and community. That even during early Spring, you can go skiing up in the mountains in the morning, then one hour later you can go down to the coast enjoying a relaxing afternoon on the beach.

The best places to visit in Lebanon that aren’t Beirut, Baalbeck or Byblos. Nor Tripoli, Tyre or Tannourine

If you want to avoid the typical list of places to visit in Lebanon, then follow this list of things to do in Lebanon that are often missed by tourists.

1) Faraya: Learn to ski in one hour

A Lebanese village located in Kesrwan district in Mount Lebanon, Faraya is home to the best ski station in Lebanon (beside the Cedars). But what makes Faraya more tempting, is it’s central location only 42km away from Beirut which makes it a perfect place to spend a fun skiing day. There are also chalets for rent nearby for very affordable prices to spend a weekend, which will give you a magical winter feeling, that you will even forget you are in a Middle Eastern country. This is where I learned how to ski for the first time. You rent your equipment and an instructor for one hour, then you are ready to hit the slopes 😉

Barouk is a village in the Chouf district (the home of the Lebanese Druze community) just 55 Km South of Beirut. Barouk has the largest natural reserve in Lebanon, Al Chouf Cedar Nature Reserve, an important Eco-tourism area. The reserve has the oldest Cedar trees in the world, in addition to different species of wild mammals, birds and plants. Barouk is very famous for its apples and fruits. This is also where I saw the biggest tomato ever (really huge as shown in the photo). It is grown naturally and served in the village open air restaurants. Definitely one of the places that should figure on the top of your list while visiting Lebanon.

3) Jeitta Grotto: Get lost in the caves

One of the most fascinating caves I’ve ever seen in my life, with limestone and colored crystals formed over thousands of years. The lower cave could only be visited by boat, while you can walk through the upper cave and contemplate the different shapes and shades formed naturally. The caves are located in Nahr Al Kalb valley, only 18km North of Beirut.

A coastal city and one of the oldest cities in the world, Batroun is 50km North of Beirut. A beautiful summer resort, but what is more interesting about Batroun is it’s vibrant night life, with many pubs, clubs and restaurants just by the sea. It’s also a better alternative for Beirut to spend an unforgettable New Year’s Eve.

A small mountainous village located 69 Km North of Beirut, reaching Laqlouq is not an easy ride. The road is bumpy, stony and very narrow but you will enjoy one of the most breathtaking sceneries all the way up, that will keep on stopping your car just to take some shots. Laqlouq has a very well maintained Ski station during winter. Although not as big as Faraya, but still very enjoyable. In Summer, you can enjoy horseback riding in the middle of the green mountains.

6) Ehden: For the adventurous ones

In the heart of Mount Lebanon Zgharta district, the town of Ehden is 110 km ride from Beirut. The town is known for its numerous cultural activities and festival, specially around Summer. In addition to its high quality restaurants and exceptional pubs and clubs. But the most interesting feature of Ehden is its adventurous activities. The city offers a variety of adventurous activities all year around, from paragliding to zip lining, snow camping, hiking and more.

7) Bnachii Zgharta: Relax by the lake

Still in Zgharta district and around 80 km from Beirut, Bnachii is a small village nicknamed ‘Little Paris’. The highlight of this charming little village is its lake surrounded by mountains, where you can enjoy a day riding a boat or pedalo and tasting some Zgharta specialties, like Kebbeh Zgharteya. Unlike the normal small fried Lebanese Kebbeh, the traditional Zgharta Kebbeh is a huge round shape mixture of bulgur and minced meet and stuffed with solid pieces of fat then grilled. You will need to pierce the ball to release all the fatty ingredients that melt during the grilling process. An extremely heavy meal, but worth a try.

8) Hamat: Our Lady of the Light

A village located atop the Historic cape of Theoprosopon, 48 km North of Beirut and between the ancient cities of Batroun and Tripoli. The village is home to one of the most sacred places in Lebanon, the shrine and monastery of Saydet El Nourieh (Our Lady of Light). It is a popular Christian pilgrimage site, where pilgrims and tourists come to enjoy one of the most beautiful view of the bay and the crystal clear water atop the historic bay.

Annaya is located on a hill in Mount Lebanon, 54 km North Beirut in Byblos district. Annaya is mainly visited for the St Maron Monastery belonging to the Lebanese Maronite Order. This where also home to the hermitage of one of Lebanon’s most venerated Saints, Saint Charbel. The hermitage and monastery include a showcasing of Saint Charbel’s life in the hermitage, as well as exhibitions of his belongings and his numerous miracles which include healing paralysis. Saint Charbel’s tomb was reopened many times after his death and on several years, and it is said that his body was remained intact, and his clothes were bearing a blood like liquid.

Located in the South, approximately 40km from Beirut, Jezzine is a charming town surrounded by mountains and pine forests. Considered more of a summer resort, the district highlight is the waterfalls of Jezzine. The area also offers many religious and archeological sites.

This would be considered the longest trip from Beirut. Hermel is situated 142 km up North from the Lebanese Capital. If you are into rafting and canoeing, this is the perfect place for you! Enjoy some adrenaline rush on Nahr El Assi, with breathtaking scenery.

A UNESCO World Heritage site, Anjar is a town in the Bekaa area, 58 Km from Beirut. The city was built by the Umayyad Caliph Walid I and it’s the only city in Lebanon that has ruins from the Umayyad Dynasty. Nowadays, Anjar inhabitants are mainly from the Armenian community, so you will find many interesting Armenian churches to visit as well.

Visit Kazakhstan – Where Old Meets New on the Ancient Silk...

Motorbiking in Vietnam: Practical Rules You Should Know

A Guide To Microlighting Over Angkor Wat