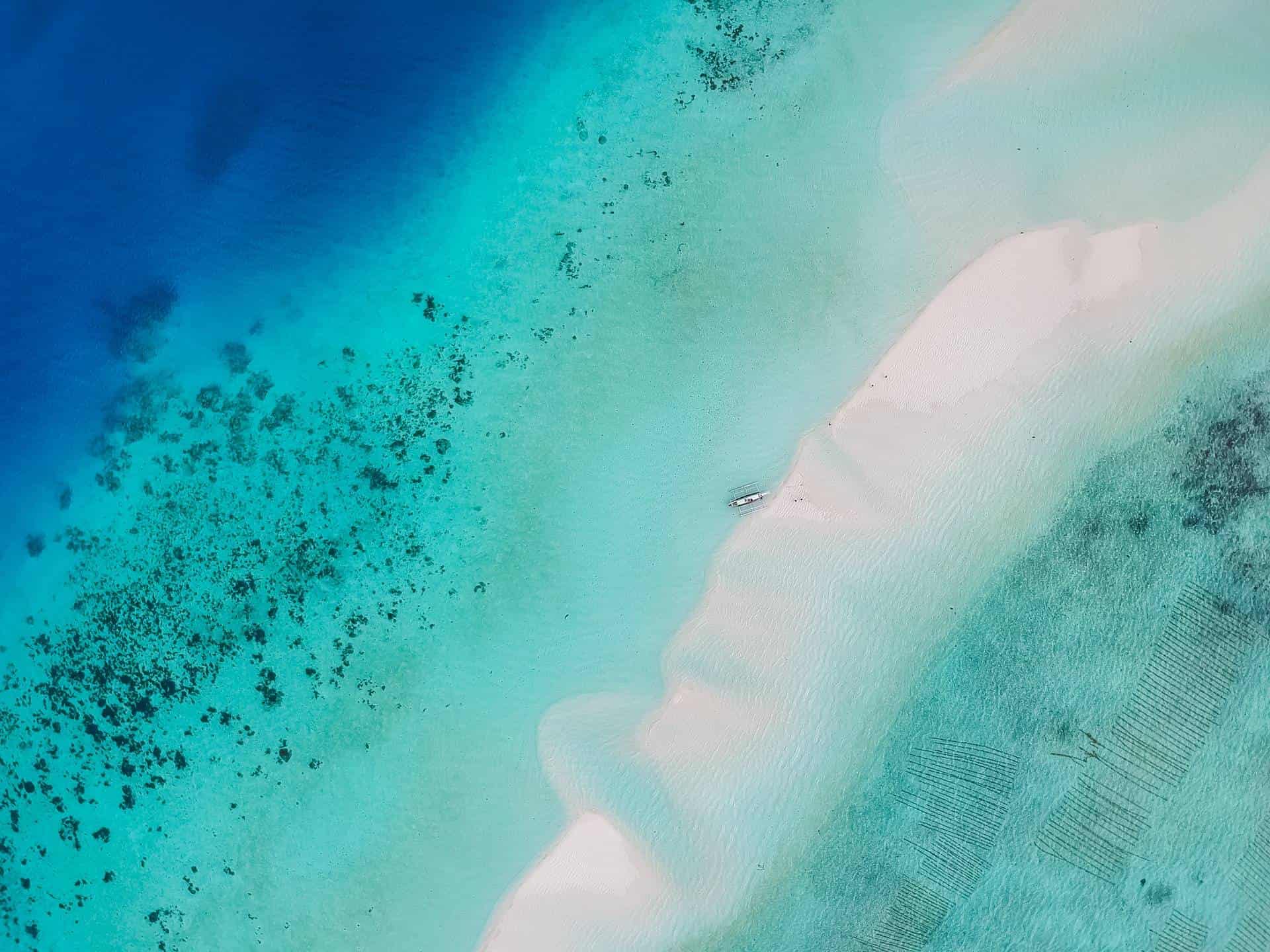 A safari in the Philippines? Yep, it’s possible.

A Coron Calauit safari tour is a popular activity when visiting Palawan. Most include a visit to the Calauit Game Refuge and Wildlife Sanctuary along with a few islands.

Part of our Calauit safari tour was some stopovers at islands around Busuanga. A short distance away from Calauit was Black Island, where the Slovenian franchise of Survivor, Survivor Srbija: Philippines, shot some of their episodes.

Book your own tour.

Nothing prepared me for the surprise I’d find in my first-time at Black Island Philippines.

Black Island loomed from afar like a black rock. But as we approached, the dark color became green and the white sand beach emerged. The sea became aqua blue and turquoise green that was in every way inviting us to dive in and enjoy a refreshing dip under the warm sun. Black Island was like a pirate’s refuge and a castaway’s paradise. As I descended from our boat with my snorkeling gears on, I immediately surveyed the underwater life that was amazingly beautiful.

With the high noon sun above us, it was time to take our sumptuous lunch at a nearby cottage. I took off my shoes and buried my feet beneath the smooth powdery sand.

After we had our filling meal, we headed to a nearby cave, which had a very large opening. The cave was like a theater stage, large enough to accommodate a house inside. We were told that the cave is now considered biologically dead, brought about by the damage done by treasure hunters and the bright lights of the Survivor shoot.

Two pools inside the cave could be seen, wherein its waters come directly from the sea. Vandalism was also seen all over its walls.

We left Black Island with apprehension that this tiny paradise would be left to ruins. We hope it wouldn’t come to that.

Our next stop was Calumboyan Island. Hammocks underneath trees were a relaxing sight. The island was also equipped with clean toilet and picnic tables.

But what was even wonderful in this island is the rich marine life. I fed several fishes, including a rainbow-colored fish, which the locals called pico de loro. Our guide brought us around the coral reef and found numerous colorful species of corals that came in different designs and sizes.

Our coral watching continued as we proceeded to the Coral Garden. It was a sloping reef that also had several coral varieties. It was truly like a garden beneath the sea. Spiky corals, fluffy ones, round ones—you name it and you’ll find them dancing with the waves underwater.

What was even exciting in our Coral Garden snorkeling activity was we saw a tortoise swimming near us. We had to be careful not to scare it away or we might impose some stress level on this marine animal.

Last stop was the ship wreck. It wasn’t buried deep and could be seen from the surface. Some of us circled the ship and found that the corals have claimed most of the ship. It has become a home to many fishes as well, reminding me of a scene in the animation movie, Shark Tale.

Going back to Coron Bay, we traversed a mangrove plantation. The view inside the plantation was calming. Rolling hills from various islands perked up the landscape.

Finally, the sky was splashed with the red pallet of the setting sun. We were at sea before dawn until dusk. But it was worth a trip. It was a refreshing encounter with nature, from free-roaming animals at Calauit, to the coral gardens around the islands, to the fish species indigenous to the area.