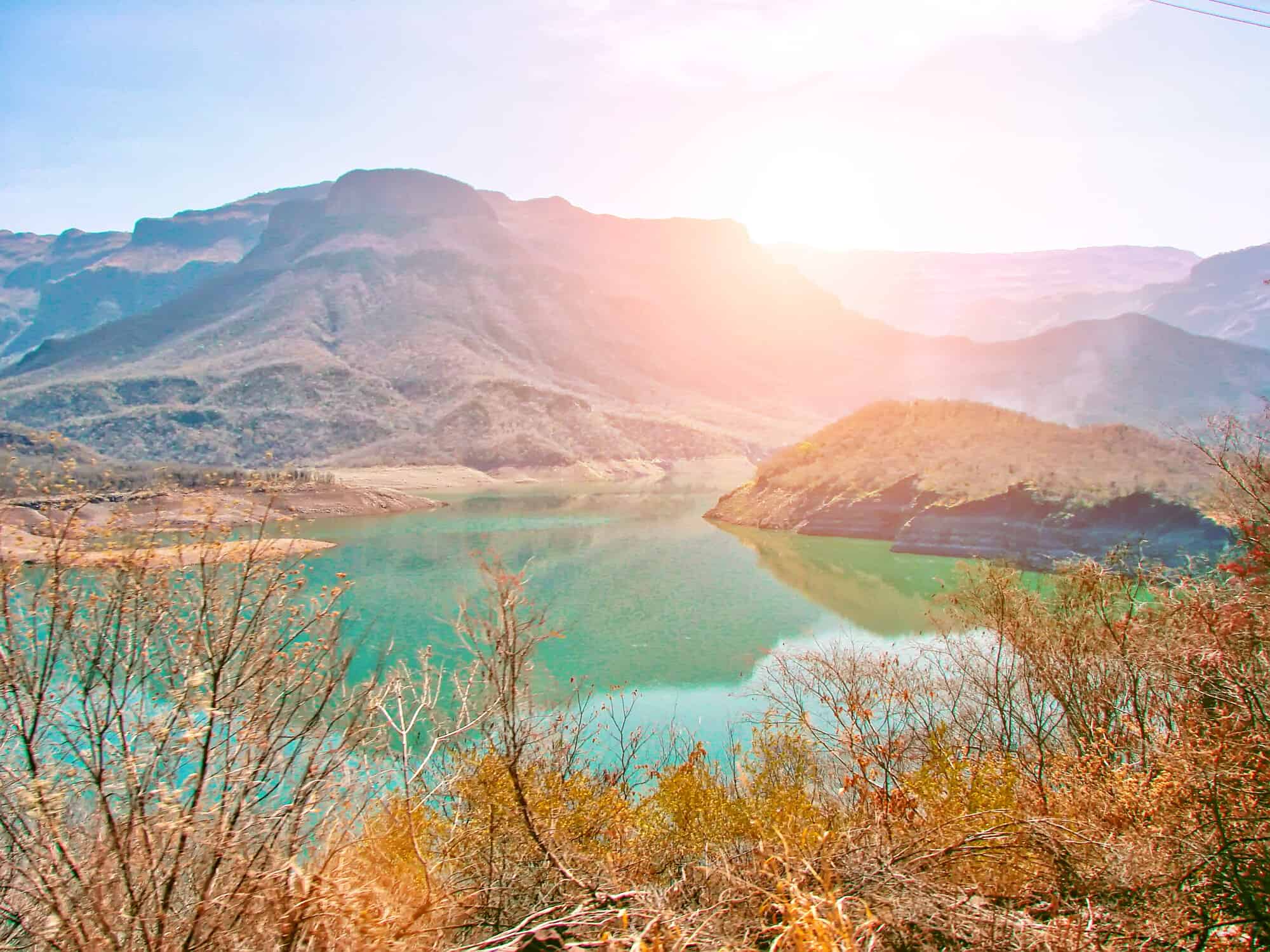 Have you ever heard of Copper Canyon in Mexico? While it may lack the same level of PR as the more famous Grand Canyon, this gorgeous array of gorges and rocks makes for a much more superior experience.

Copper Canyon (Spanish: Barranca del Cobre) is a goosebump-inducing canyon system in Mexico that gets its famous name from the nearby copper mines in the area.

Mexico’s Copper Canyon is a UNESCO World Heritage Site. Though the area would be Mexico’s star national park, it thus far has no official status as a park as efforts to make it so have been hampered by disagreements between loggers and the native Raramuri. But don’t let that deter you from visiting this gorgeous location!

The area surrounding Copper Canyon Mexico is rich in biodiversity and cultural history and is the site of growing tourist infrastructure. The town of Creel is probably the most popular gateway to the canyonlands. But the town of Hidalgo de Parall to the south of Chihuahua City is a good alternative and is useful for exploring the largely overlooked Sinforosa Canyon.

Where is Copper Canyon?

Copper Canyon (Spanish: Barranca del Cobre) is a canyon system in the middle of the legendary Sierra Madre Mountains in the Sierra Tarahumara, in the southwestern part of the state of Chihuahua in Mexico. Chihuahua is located in the north western part of Mexico.

The entire Copper Canyon region occupies an area of 25,000 sq mi (approximately 65,000 sq km), which is almost one-third of the whole state of Chihuahua.

Los Mochis is the closest major city to Copper Canyon. The local airport in Los Mochis has a number of scheduled flights from domestic locations around Mexico, including Mexico City.

Look for accommodation in Los Mochis.

Which is Bigger Grand Canyon or Copper Canyon?

Things to Do in Copper Canyon

Within the Copper Canyon system lies the towns of Batopilas and Urique. Life moves slower in these towns, and it can be hard to imagine you are in the same country that counts Mexico City, Acapulco, and Cancun among its attractions. Shops and restaurants tend to be simple affairs that open late and close early. That does not prevent them from being very charming and the small towns in the canyons are great places to slow down and unwind. There are historic Catholic churches often run by Jesuit missionaries from other parts of the Latin World.

But the real attraction of the canyonlands are the natural splendors of the area. There are numerous waterfalls and hot springs hidden away in the backcountry. These are reached by hiking, horseback, or guided treks with burros. Camping out under the stars is wonderful on the countless sandbars that line the area’s rivers. The area does see other travelers and tourists but is hardly overrun. Rather, the small towns seem to have the right balance; enough other visitors so you can meet hiking partners and put together expeditions. But not so many that getting away from all traces of civilization is anywhere near difficult.

There are numerous hot springs in the area. The most developed and well known are the Recohuata (Recowata) Hot springs near Creel which have been channeled into a series of concrete pools. Join this Aguas termales Rekowata guided tour.

The area is clean and well maintained and while developed it has a very nice rustic charm that blends well with the natural beauty of the area. Lesser known and undeveloped are the Basirecota Hot Springs down the canyon from the Cusarare area. These springs are much hotter than the ones at Recohuata. Farthest off the beaten path and probably nicest of all are the Owerabo hot springs deep within the Barranca del Cobre (Copper Canyon). These are undeveloped and form natural pools; they also mix with a waterfall that plunges down into the area from the cliffs above.

Mountain bikes, ATVs and four-wheel drive trucks can be rented in downtown Creel to explore the outlying area. Unlike most other parts of the Copper Canyon area, unguided day trips are possible out of Creel. Daytrip destinations include the Valley of the Monks, and the Valley of the Frogs.

There is literally a maze of Raramuri trails running through the area. They run in all different directions, are unsigned and seem to have no concept of grade or steepness. Hiring a guide is a good idea. Someday perhaps an ambitious volunteer will try to make some kind of signage and map system for all the trails. Right now, well, it’s an adventure.

The weather in Copper Canyon

As a general travel tip, the best time to visit Copper Canyon in Mexico will entirely depend on your own personal preferences, Whether you are more into colder weather or hotter weather. Essentially, you have the choice of either scorching sun or snow.

Looking for more interesting places to visit in Mexico? Check out these posts: