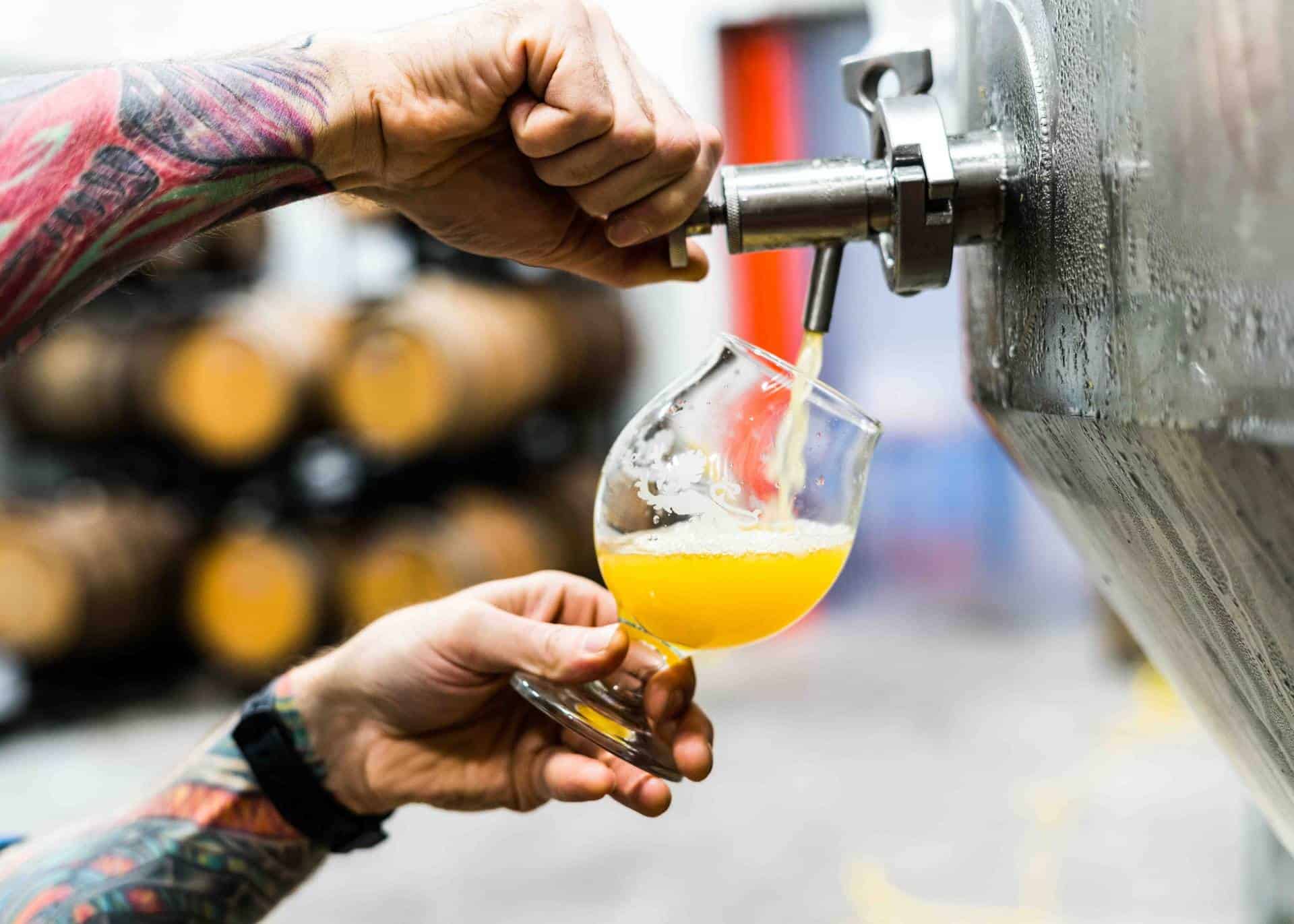 Ireland is famous for its Guinness and brewing a good pint. But there are also a few great craft beers in Ireland to try.

When traveling to Ireland, the Irish have a lot more to offer than their national beer, and although the Irish won’t admit it themselves, some of their craft stouts might even offer more flavour.

Tip: Join this brewery tour to try out some great Irish beers.

Brú Rua is a red Irish ale made by Brú Brewery.

The brewery is located in Trim, County Meath and was founded by two best friends whose goal was to brew a quality hand crafted beer consistently.

The beer offers a red berry and light hints of orange peel flavours, balanced by the bitterness of the new world hops. It’s not just popular amongst the Irish craft beer enthusiasts, back in 2016, it went on to win a gold medal in the world craft beer awards.

The Franciscan Well Brewery based down in Cork is one of Ireland’s most popular craft beers.

The brewery has gone on to win 23 major craft beer awards for its outstanding flavours.

The rebel red is no exception. A malt driven craft beer style, balanced by the hops and caramel undertones. A smooth beer to drink that has hints of sweetness.

As the name suggests, this beer howls from Wicklow, the south east of Ireland and has a very strong hop presence as you would expect from an IPA.

All the hops that they use in their beer are grown on their own plant farm. It pours a cloudy, dark orangey-golden colour with a thin white head.

Very similar to the American style of IPA, very hoppy on the nose with some grapefruit aromas. The taste drives a fierce punch and the hops and citrus flavours need to be tried to be appreciated.

This is definitely not a beer for the faint hearted. But a definite craft beer you need to try when you are in Ireland.

This beer is an Irish stout that goes well outside the boundaries of the classic Guinness.

A complex tasting beer that is both refreshing and very drinkable. As expected with a stout it possesses rich flavours and goes down very smooth. As the beer is brewed with chocolate its great for matching with sweeter dishes or desserts.

The White Hag Session IPA is brewed in Sligo, in the west of Ireland. The beer gets its name from Irish Mythology.

According to legend, The White Hag was a witch and a spiritual force of nature, who was one of three hags who lived in a cave in the side of Kesh Corann.

The beer is an American-style IPA dominated by passion and grapefruit. Using clean Irish malt in its production creates an intense, yet balanced hop-forward beer. One not to be missed when visiting Ireland.

When traveling to this country, you’ll be missing out if you don’t try out a few of the craft beers in Ireland.

Places To Visit Near The Shard In London