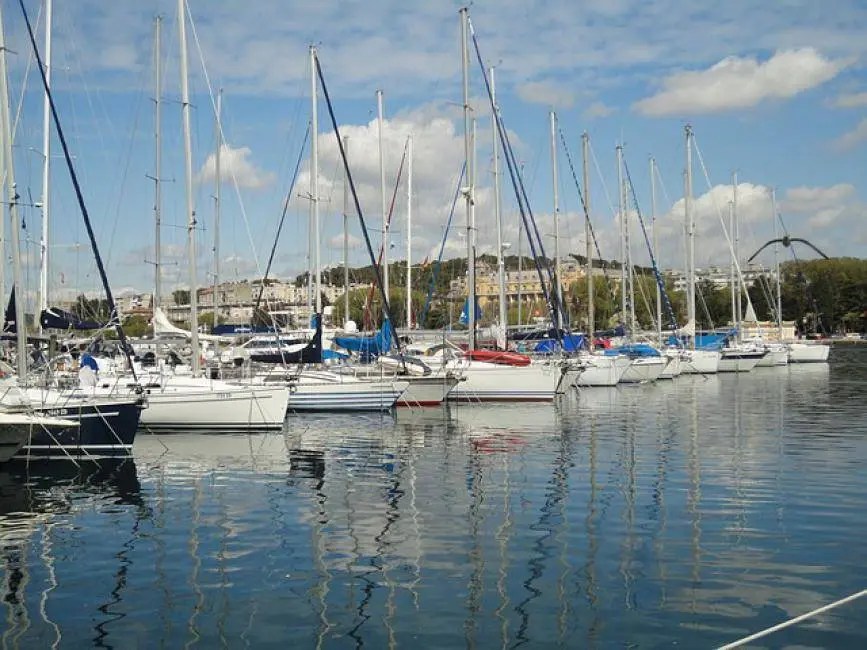 The idea of hitch hiking never crossed my mind before the spring-summer season when I found myself jobless and with almost no money left in my pockets.

The latter critical life situation made me think very fast on my feet so that it didn’t take too long before I decided to take the challenge of my first ever hitch hiker’s road trip.

It was a hot day in May when I decisively filled up my backpack with necessities, food and water and left my flat in Zagreb (the capital of my home country, Croatia) at about 5 pm. I headed towards the Croatian coast because I knew that there were many seasonal summer jobs within the area of tourism that’s one of the most prosperous industries in Croatia.

Next, I’m going to share with you my exciting hitch hiker’s long adventure and success story where I went from being jobless and having almost zero money to netting two highly paid commission-only based seasonal summer sales jobs all after discovering the two-step secret to stopping a car the fastest way possible.

I went out at about 5 pm and stood by the nearby highway (about 100 meters away from my flat). I put my pretty heavy backpack beside me on the road and extended my hitch hiker’s thumb.

At first, I hoped that my friendly and innocently disarming photogenic would help me very quickly conquer the sympathy of one of the ongoing cars’ drivers.

However, I soon got disappointed because after about 30-45 minute standing by road and patiently having my hitch hiker’s thumb extended, no car driver stopped by to pick me up. I had no choice but to head for a long and slow walk towards the usually busy toll station at Lucko where many domestic and foreign car drivers drive to their chosen holiday destinations at the Croatian seaside.

Although I wasn’t a car driver but a poor hitchhiker, I also had my own destination in mind: Pula – the ‘capital city’ of the well-known Croatian peninsula called Istria or originally, Istra. It took me about 3-4 long hours before I reached the toll station and stopped there for a short while not knowing what to do next.

Being as naive and success-driven as a little boy who never made any hitch hiking trips before, I decided to walk over the toll station’s official border and carry on walking although I was aware that no pedestrians were allowed to walk alongside the highway and that the nearest big city, Karlovac was over 50 km away.

Anyway, I made that decision purely by heart because I thought that I wasn’t allowed to hitchhike at the toll station and also because I very naively believed that walking over 50 km alongside the highway should be a piece of cake for me.

Guess what. After about 5 km of walking down the highway at small hours (it was definitely after the midnight), I was stopped by the police car. Two police officers got out of their car and shockingly warned me that walking down the highway was strictly prohibited and also extremely dangerous. I was fortunate enough to meet those two friendly police officers who were more concerned about my safety than they were keen to charge me a fine for breaking the law.

So, after I told them the truth about the real motive of my hitchhiking adventure, they decided to just leave it as a warning without wanting to charge me any fine. I was relieved. They asked me to enter the car because by law they were supposed to bring me back to the toll station. While sitting in the backseat of their car, they shared good news with me. And, the good news was that I was allowed to actually hitchhike at the toll station where a lot of domestic and international tourists were flocking to mostly with the intention to go to their selected holiday destination somewhere at the Croatian coast.

I started hitch hiking first at the lane furthest to the right and then at the middle lane of the toll station.

It was about 1 am and after about 45-60 minute hitching hiking there, I finally managed to grab the attention of a domestic car driver who was busy talking to somebody on his cell phone just at the moment he made a hand gesture signalling me to enter his car. Once again, I was so relieved and now even excited because I was making some progress.

However, this journey lasted for only about an hour or so until we reached Karlovac (that’s over 200 km away from my destination, Pula). It was about 2.30am when I had to thank and part with the friendly car driver. I got out of the car both happy because I made some significant progress but still very confused and slightly frightened about not knowing how to stop a car in the middle of the night where there was almost no life on the road.

I was hanging around the local toll station at Karlovac and having my hitchhiker’s thumb extended for about one hour or so before I decided to walk alongside the ordinary road that was leading to the Croatian seaside. Although there were not a lot of cars going in the same direction as me, I would occasionally stop by and try my luck by extending my hitch hiker’s thumb. However, I soon realized that each and every effort that I made in order to stop a car was in vain. Anyway, since I’d always been a super positive guy and a never-giving-up fighter in life, I confidently carried on walking while not losing my hope and my faith that I’d eventually somehow make it.

It was dawning. It was between 5 and 6 am. I walked over 30 km all night long and then I faced the truth. I passed about the third of my journey while being dead tired and extremely exhausted.

I had only three options:

a) Carry on slowly but surely walking toward my destination, Pula.

b) Give up my hitchhiking adventure and walk back home in hope that I’d be lucky enough to have one or two cars stop by and pick me up.

c) Try out something new in my hitch hiker’s endeavors to stop a car the fastest way possible.

Soon the latter option proved to be the right choice. I started my real survival fight.

I started jumping and waving my both hands high in the air all at the same time. I might have looked like a funny cartoon character who was trying very hard to stop a plane high in the air and not a car.

Within only about 5 short minutes a young man pulled up his car and let me in the car. He gave me the ride all the way to Rijeka that’s about 100 km away from my destination Pula. From there, I used exactly the same hitch hiking strategy to get to Pula fairly quickly.

Once I got to Pula, within a few days of searching for a seasonal summer job, I managed to get two highly paid commission-only direct sales jobs: one was about selling tourist boat excursions to the well-known Brioni islands and the other one was about selling the popular summer tour to the best beaches around Pula where tourists could enjoy both swimming at many different beaches and sightseeing the surrounding old fortifications, tunnels and nuclear shelters.

How to Get Tickets to View da Vinci’s Last Supper Painting, Milan

A Guide to the Most Beautiful Cities in Italy to Visit

Geisha and Maiko in Gion