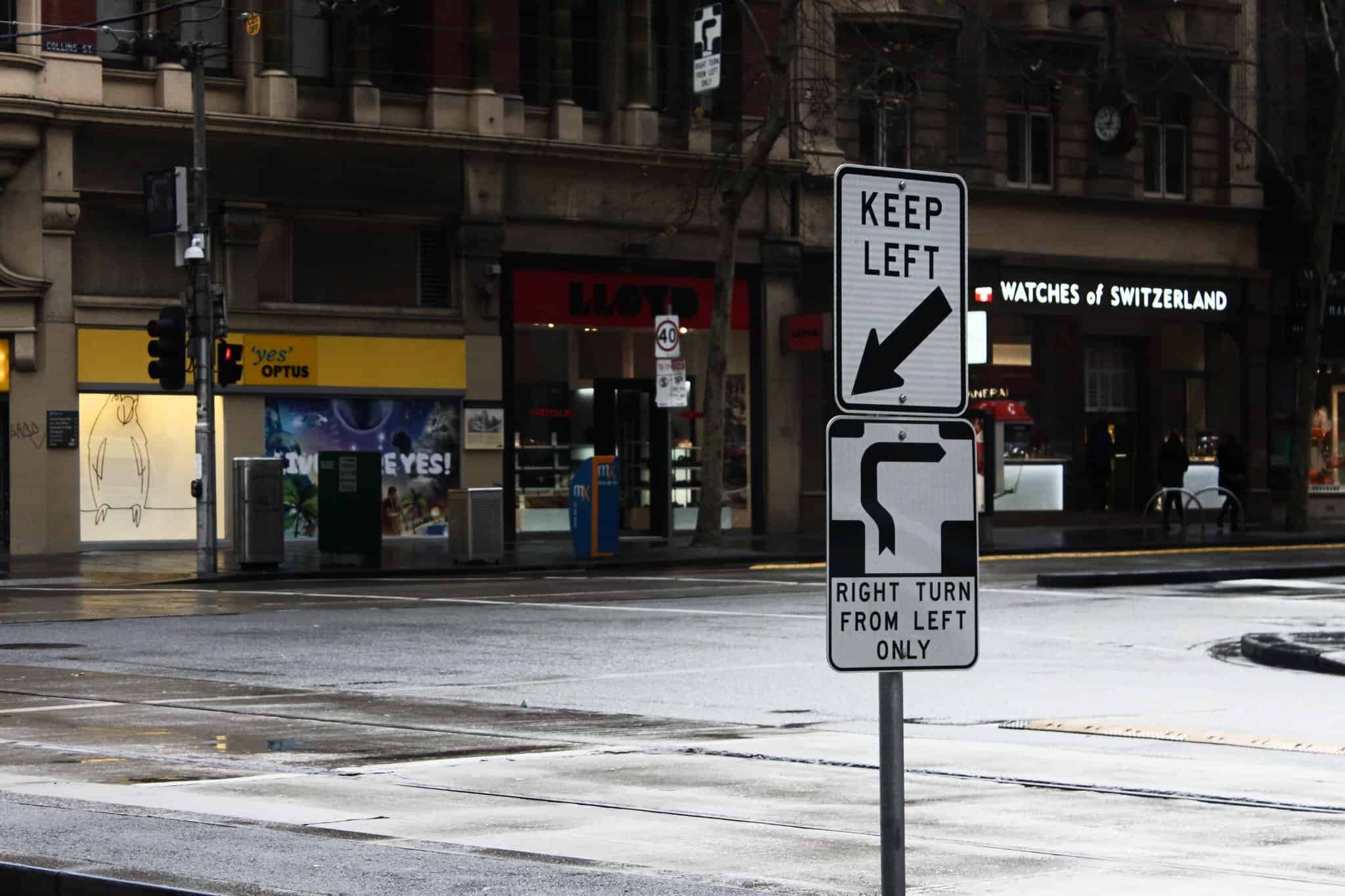 Traffic in Australia’s major cities can be congested.

As in any other place, it pays to avoid driving in or around the Central Business District (CBD) during peak times when everyone is trying to get from or to work.

A hazard unique to Melbourne’s CBD and the inner suburbs are trams (streetcars). Melbourne is known for its extensive tram network. There are three tram-related rules which may not be immediately obvious. Normally, cars drive over the tram tracks, and there will be a dotted yellow lane marker left of the “tram lane”.

Note also that tram passengers have right of way when crossing the road to or from a tram. So do not drive a vehicle past a tram at a stop, unless the tram is stopped at a cordoned off stop with barriers.

Perhaps the most infamous amongst Australians, and Melbournians in particular, is the “hook turn“, which is unique in Australia to Melbourne’s CBD.

As many roads in Melbourne’s CBD have tram tracks, turning right (remember, Australians drive on the left) suddenly presents a problem, as while you are waiting to turn, you would be in the tram lane, holding up several trams. To get around this problem, the “hook turn” was invented.

This involves turning right from the left lane.

To execute a hook turn:

1. Approach the intersection in the left lane, and indicate to turn right.

2. Proceed into the intersection as far left as possible (avoiding the pedestrian crossing). Moving across until you end up being perpendicular to traffic which is heading in the direction you want to be (who are waiting at a red light).

Signs indicating whether a hook turn is necessary are hung off tram power lines at the intersection.

Do not attempt a hook turn at other intersections.

A Self-Guided Walking Tour in Sydney

Things Not to Miss in New Zealand

Learn The Most Useful European Travel Phrases and Words