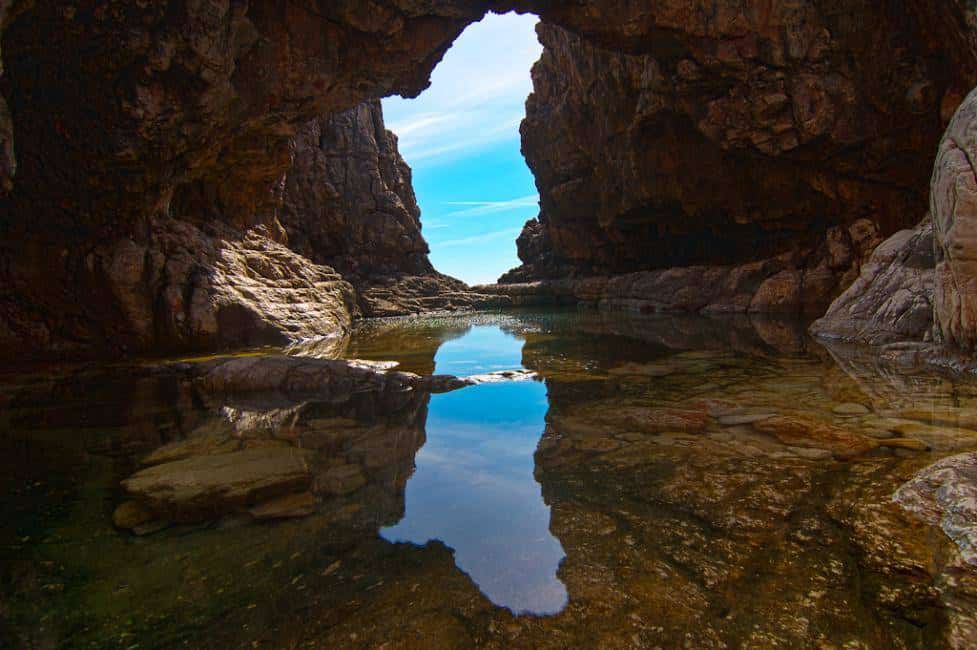 When I finished uni I travelled to Dubrovnik in Croatia for a week as a kind of farewell end-of-uni-start-of-real-life trip.

8 recently graduated (or still in the process of finishing Uni), jobless people on holiday. ‘What could you possibly have done with no money?!’ – I already hear my parents exclaim.

Well. No money is an exaggeration for a start. Once the villa was paid for (30 minute walk from the main Old City and only around £100 each for a week), I managed to have a very, very good week with the meagre budget of £250.

As Croatia’s coast line is pretty void of typical paradisical beaches, a day trip to one of the islands in the area is a fairly popular activity. You can go on an organised tour of several islands, but jumping on a ferry to Lokrum Island is a great way to keep costs down as well as experiencing one of the most beautiful natural places in Europe. The ferries run regularly until around 7ish to and from the island from the Old City harbour, for about 50 kuna return (about £5). Beautiful.

Dubrovnik is one of the most beautiful, historic cities I’ve ever visited. The city walls were built in the 9th century. THE 9TH CENTURY. That was 12 centuries ago. TWELVE?! Even if you’re not into history, that is impressive. And with a little help here and there, is still as grand as all those hundreds of years ago. A guide isn’t really necessary, and the whole walk takes over an hour and a half. There are plenty of little stops for drinks and food on the way though – one of which contains a giant fan. Human sized. This came as blissful, heavenly relief in the 38 degrees we were trekking around in.

Too many museums aren’t really my thing. But there are some interesting ones in Dubrovnik. To me, the uncultured youth in which I am, I found the best thing about the museums being the wonderful air con. But one member of our group particularly loved it. If you’re into history… or war… or religion. Then you’re in luck.

As an increasingly popular tourist destination, Dubrovnik offer a great discount card. For around 2200 kuna (£22), you can get free entry to selected museums, the city walls, discounts on restaurants and bars, as well as 20 bus journeys.

If all the excitement of the museums is too much for you and you fancy a day chilling in the sun, then Lapad is loooooooovely. Public transport in Dubrovnik is fantastic – so if you buy the aforementioned Dubrovnik tourist card, you can get to Lapad for freeee! Hurrah! We hired one singular sun bed and umbrella for shade and spent the day swimming in the sea just generally lazing around in the beautiful weather. We also hired a canoo. Which again, was very, very cheap. On our canoe adventure, we paddled out and around a beautiful island and generally had a nice little time.

Soooo Fat Boy Slim isn’t always in Dubrovnik. So the attendance of his gig probably shouldn’t make it on here. BUT IT WAS SO GOOD. It needs a mention. The venue was Culture Club Revlin, which was actually based inside the city walls. It’s an amazing venue for gig or just a night out – even though tickets aren’t cheap, they’re definitely worth paying a little bit extra for. Despite the sweaty, sweaty mess the club made of us all it was the highlight of Dubrovnik for me by far.

Things to do in Tallinn: Visit Hellemann Tower

Things To Do in Blackpool