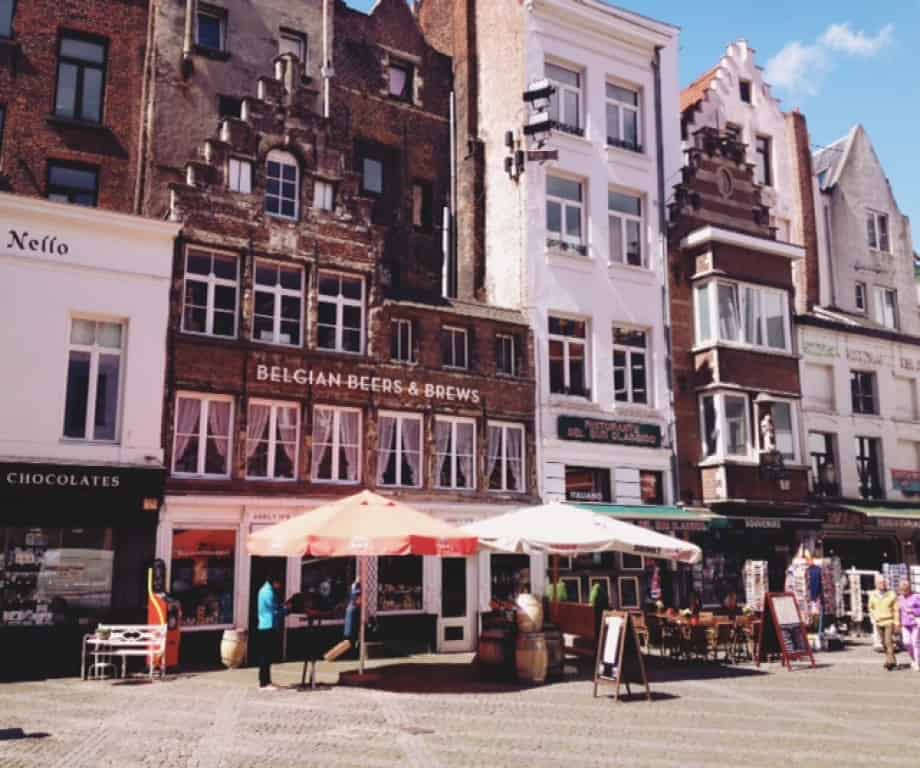 Located a short flight from London and in between France and the Netherlands, sits Belgium. The quaint, European country boasts its own culture, cuisine and style with French and Dutch influences from its neighbouring countries.

Divided into three regions, Flemish, Walloon and Brussels-Capital, Belgium is home to two main dialects: the Dutch-speaking Flemish community and the French-speaking Walloon population. Yet, German is another recognized language making Belgium a linguistically diverse country.

But no matter the dialect, English is prominent in all three regions. So visiting Belgium should be high on the list for travelers touring Europe—especially Flanders Belgium.

Occupying the northern part of Belgium, this region covers 44 percent of the country. It is densely populated and boasts a modern economy emphasizing on the research and development of new products and services.

Western Europe is rich of history!

In the Flanders region of Belgium you find a lot of this hisitory in every city.

3 Cities to visit in Flanders Belgium

And one of the largest cities in the area with a busy seaport and an attractive economy is Antwerp. It is home to some of the country’s wealthiest residents dominated by the city’s diamond trading industry. While Antwerp is home to the World Diamond Center and setting standards within the industry, it also has a very strong artistic reputation.

The city is a rising fashion capital of the world and has a great influence on the rest of Belgium. Antwerp also provides locals and travelers with various locally made products including beers, biscuits and candy.

The preservation of buildings and museums built in the 1800s gives the city its European charm, one of the great reasons to visit Antwerp!

The second city to discover in Flanders is Ieper, also referred to as Ypres. The city is filled with a rich, but varied past after World War I left the city destroyed. But the residents of Ieper rebuilt the city, surrounding its past with its charm, Ieper is now a historic site since the war and boasts medieval character and a diverse city center.

One major attraction in Iepers is In Flanders Fields Museum, a museum dedicated to telling the historic story of WWI and remembering all the lives lost.

While the museum is the main attraction of the city, Ieper is also home to Kazematten Brewery, which provides locals and travelers alike with craft-brewed beers. The brewery is located in a kazematten, designed and constructed in 1680, it was once a storage unit for ammunition and weapons, but its use continued during WWI for British officers.

The city center of Ieper boasts beautiful sunsets behind the castle and great cafes and bars to take in all the history of the people and country.

Brugge (or Bruges) is the third city in Flanders that is a must-see when visiting Belgium. Referred to as “Venice of the North,” the canal-based city is a popular tourist destination. Historic monuments, churches and medieval architecture make Brugge a UNESCO World Heritage Site.

The city is very pedestrian friendly and walking around is the best way to discover Brugge’s culture and beauty. Relax on pads of grass near the canals or take a boat ride and meander down the canals. Brugge is not only a famous tourist destination; it is also home to many world festivals.

The romantic and medieval city boasts breathtaking views and a relaxing place to stop for a couple days. Or perhaps just do a day trip to Bruges.

Thanks to Visit Flanders for inviting Travel Dudes. Travel Dudes maintains full editorial control of the content published on this site.

The Best Tourist Attractions in Barcelona