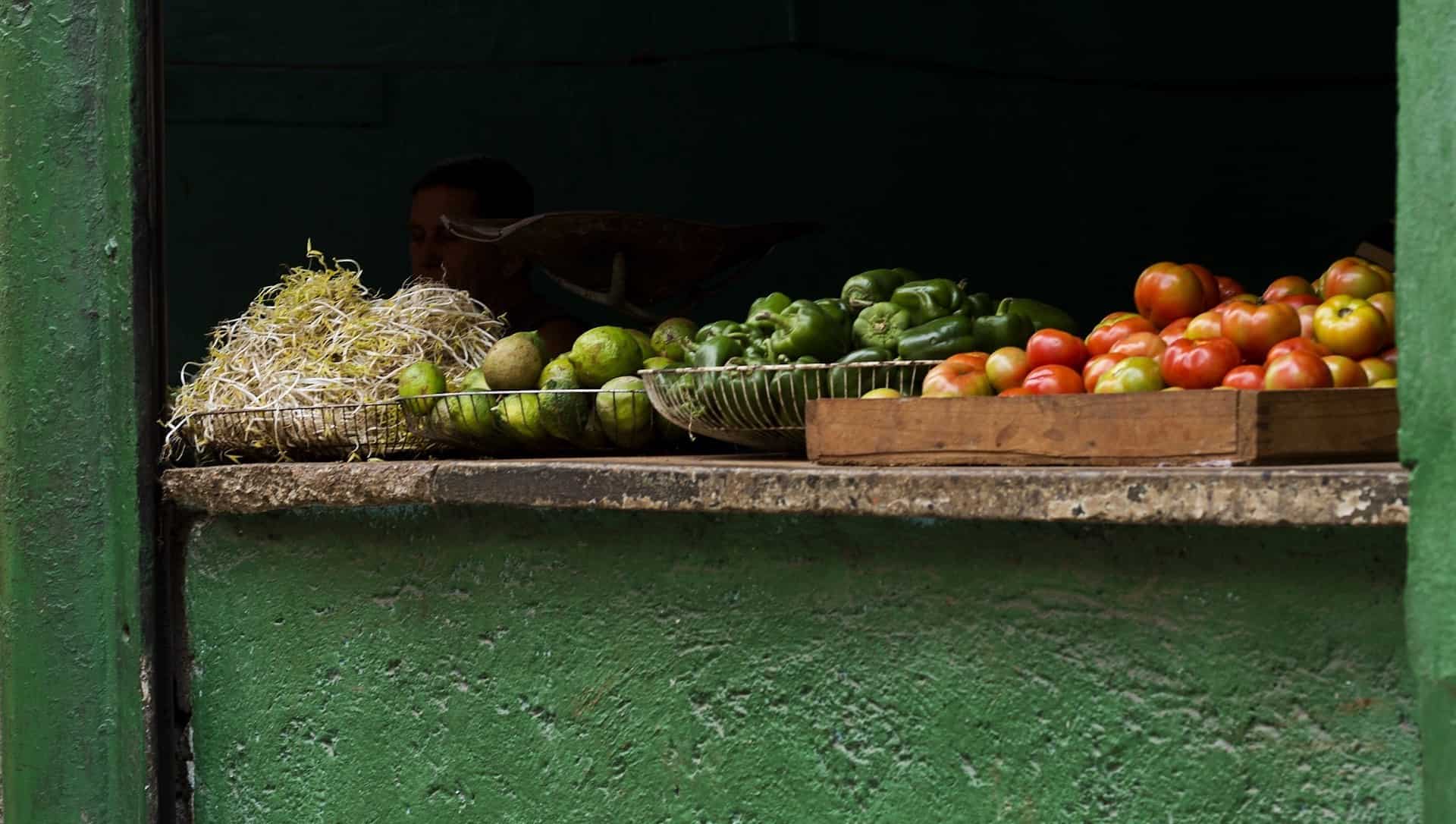 If you are considering taking a trip to Cuba, you should know that there is a unique food scene happening within its borders. Traditional Cuban food is known for having a number of diverse cultural influences. At every corner you will see a number of Cuban dishes, Cuban recipes and Cuban restaurants that intricately merge various aspects of African, Latin American and Caribbean influences.

That being said, it is worth noting that the food in Cuba is notoriously bland. If you are expecting the fiery pepperpot spiciness found on some of the other Caribbean islands, you might want to get rid of that expectation now, otherwise. Just keep in mind that the national dish in Cuba is rice and beans (Moros y Cristianos), so that should tell you pretty much what you need to know about their cuisine’s flavour profile.

As the popular saying goes, which I have now found to reign true, is that the best Cuban food can be found in the United States. However, even with its noticeable lack of spice ad heat, traditional Cuban cuisine does still have a lot of flair to it (in its own right).

Traditional food in Cuba: What to Expect

Within Cuba, the best food will generally be found in your casa particular or in paladares (locally owned restaurants in private homes). Black beans are a main staple in Cuban households, so you can expect them to be incorporated into many of the dishes. Cubans eat mainly fried pork or roast pork as well as chicken (usually sour orange chicken) for meat.

Beef and lobster are controlled by the state and are therefore illegal to sell outside of state-owned hotels and restaurants. However, you are in luck if you are a tourist as their special lobster lunch/supper offers are plentiful for tourists. On the topic of meat you will be surprised to see things like turtle on menus in Paladares, but be aware that they are endangered and eating them is illegal.

Paladares are plentiful, even in the smaller towns. Seating is often limited, so you may need to arrive when they open, usually around 5 or 6pm to secure a table. If you are staying in a casa particular ask your host for recommendations, as the quality of the food can vary substantially between paladares. As a general rule of thumb, only eat in ones that have a printed menu with the prices on them, otherwise you are very likely to pay two to three times as much as you should. That said, several have taken to printing two different menus, one with local prices and one with foreigner prices.

Eating in paladares is perfectly legal, but be aware that if you are taken there by a Cuban, you may be charged extra in order to cover the commission of the person who brought you. A supper will cost around 7 to 10 CUC per person. Eating in state owned hotels and restaurants is significantly more expensive and compares with prices in many first world countries. An average supper with soup, dessert and a glass or two of wine could easily set you back 20 to 30 CUC per person. Note that in these establishment, the vast majority of the employees’ income would come from tips (their monthly salary often being less than the cost of one meal), making it a friendly and welcomed gesture to tip liberally for good service.

When it comes to Cuban foods, you will discover that it is particularly difficult to find any restaurants serving breakfast in Cuba outside of resorts; most casas particulares will serve their guests a large breakfast for around 4 CUC per person if requested.

A tasty serving of rice, vegetables, plantains, and pork or beef (called a cajita [“little box” in English]) is an attractive and affordable option and are generally sold for around US$1 out of people’s homes. You could also try to opt-in for a Cuban sandwich, which is made with surprisingly delicious Cuban bread and wash it down with a good cup of Cuban coffee.

Check out these bars and restaurants in Trinidad.

You can also find small street vendors selling a variety of foods. When wandering through these Cuban streets, you will notice how most of these street food vendors are essentially selling the same thing – pizza, which generally goes for between 2 and 12 CUP. Naturally, this is a staple for these vendors as it is significantly cheaper to make in comparison to more complex dishes. The idea is to make use of whatever ingredients they have that are more affordable, and place them on homemade pizza dough with a little olive oil.

It should be noted, as it goes with most street food corners, that the quality of food will definitely vary from vendor to vendor so when you find a good one take note and make sure to visit it again. Again, many of these stores are run from people’s living rooms, and buying from them is a good way to help provide some extra income to a Cuban family. While these meals are satisfying and cheap, be warned that long lines are common, and the vendors are rarely in any rush to see everyone fed quickly.

While I may not have been liberal with my praises and offered local Cuban cuisine rave reviews, it is still a gorgeous place to visit. The people, energy and general culture are beautiful and incredibly heart-warming. My only point would be that if you consider yourself a foodie, Cuba may not be the place for you to be. Instead, while the food is average (and acts more as a means of sustenance than pleasure and enjoyment) the country makes up for it in energy, activities and overall warmth!

Check out more of our posts about traveling to Cuba

What to Expect on a Yellowstone Safari

Kohunlich: A Mayan Treasure in the Yucatan