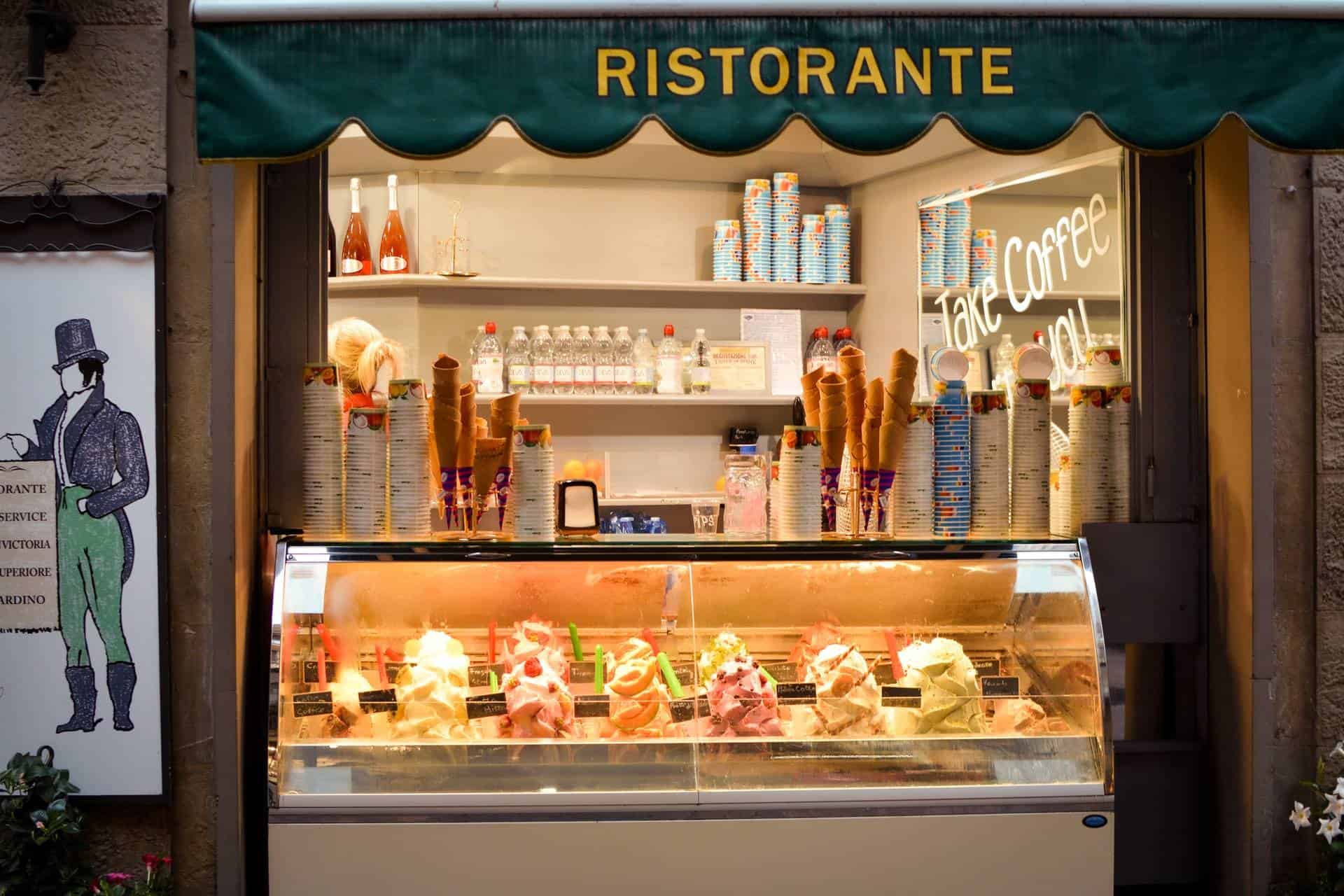 It’s not difficult to find a gelato in Rome (or anywhere in Italy, really).

There are gelaterias on nearly every corner of the city, each one ready to fill hungry mouths with their deliciously creamy treat.

The hard part is knowing if you have found genuine, handcrafted, naturally-flavored gelato.

Since nearly 80% of gelato in Rome is fake, that task can seem daunting. But armed with this knowledge, spotting the real thing is no problem.

How to spot real gelato in Rome

Natural ingredients are not neon colored. Neither is real gelato. Look for soft, muted colors, especially in the Pistachio, Mint, and Banana flavors. Pistachio should be an earthy green, Mint should be white, and Banana should be whitish-grey. And do not be fooled by the fruit they put on top. It may look pretty, but it doesn’t mean any actual fruit was used in the making.

If the gelato is arranged in huge mounds above the top of the metal tubs, then it is fake. The reason it can hold this shape is that it has a much higher percentage of air, made possible using chemical stabilizers. So if you want a richer, more flavorful experience, and don’t want to pay for air (which you can get anywhere else for free) then go for something less globular.

Roman food shops are required by law to display their ingredients list, so it is a red flag if you can’t find one or have to search for it. When you do locate the list, count how many of the items are coded with an E followed by a number. E140 and E141 are natural additives, but most others are artificial creations.

4.  Last and most obvious

If you see stacks of cement-like bags behind the counter labeled with the names of different flavors like fragola, menta, and mandorla, than you are in the middle of a crime scene – the crime is known simply as “gelato fraud.”

Want to look really smart in front of your friends and family? Wow them with your knowledge of what makes gelato different from ice cream.

A Quick Introduction to French Etiquette for Travelers

Things to Do Before Hitting the Ski-Slopes

Tips to Help Get a Travel Sponsorship

How Long to Go on a Safari