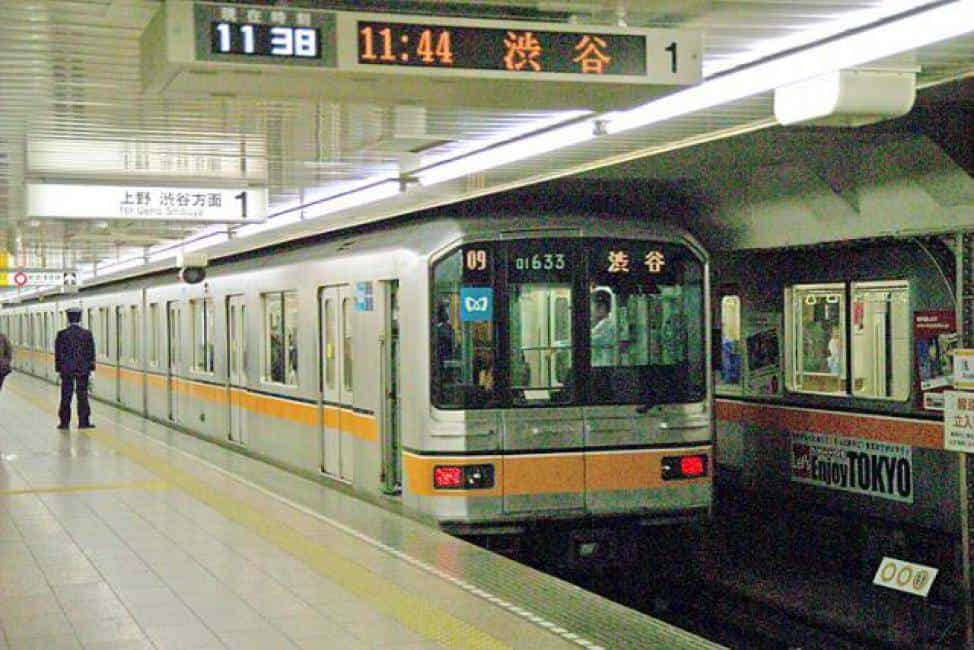 Tokyo has the most extensive mass transit system in the world.

It is clean, safe and efficient – and confusing.

Getting around in Tokyo on the JR Yamanote Line

The defining rail line in Tokyo is the JR Yamanote Line, which runs in a loop around central Tokyo; being inside the Yamanote loop is synonymous with being in the core of Tokyo. Almost all inter-regional JR lines and private lines start at a station on the Yamanote.

JR’s lines are color-coded, and the Yamanote is green (but it is black on the subway map inset right). The JR Chuo (orange) and Sobu (yellow) lines run side-by-side, bisecting the Yamanote loop from Shinjuku on the west to Tokyo on the east.

Tokyo has an extensive subway network with frequent trains, and these are primarily useful for getting around within the Yamanote loop.

In addition, there is a largely underground Rinkai Line, a private line which is operated by Tokyo Waterfront Area Rapid Transit (web-site only in Japanese) or TWR, that passes through the island of Odaiba.

A number of private commuter lines radiate from the Yamanote loop out into the outlying wards and suburbs, and almost all connect through directly to subway lines within the loop. The private lines are useful for day trips outside the city, and are slightly cheaper than JR. Among these, the most important to visitors is arguably the Yurikamome which offers great views on the way to the island of Odaiba.

It pays to check your route beforehand. The Tokyo Transfer Guide by the Tokyo Metro and Toei subway companies, is an online service that allows you to plan subway and train travel from point A to point B, based on time, cost, and transfers. This guide provides information for Tokyo only, and there are other sites which additionally cover the whole country.

Some major stations have terminals providing information similar to the Tokyo Transfer Guide.

We used Google Maps and found this very helpful as well.

You can also always hire a car in Tokyo!