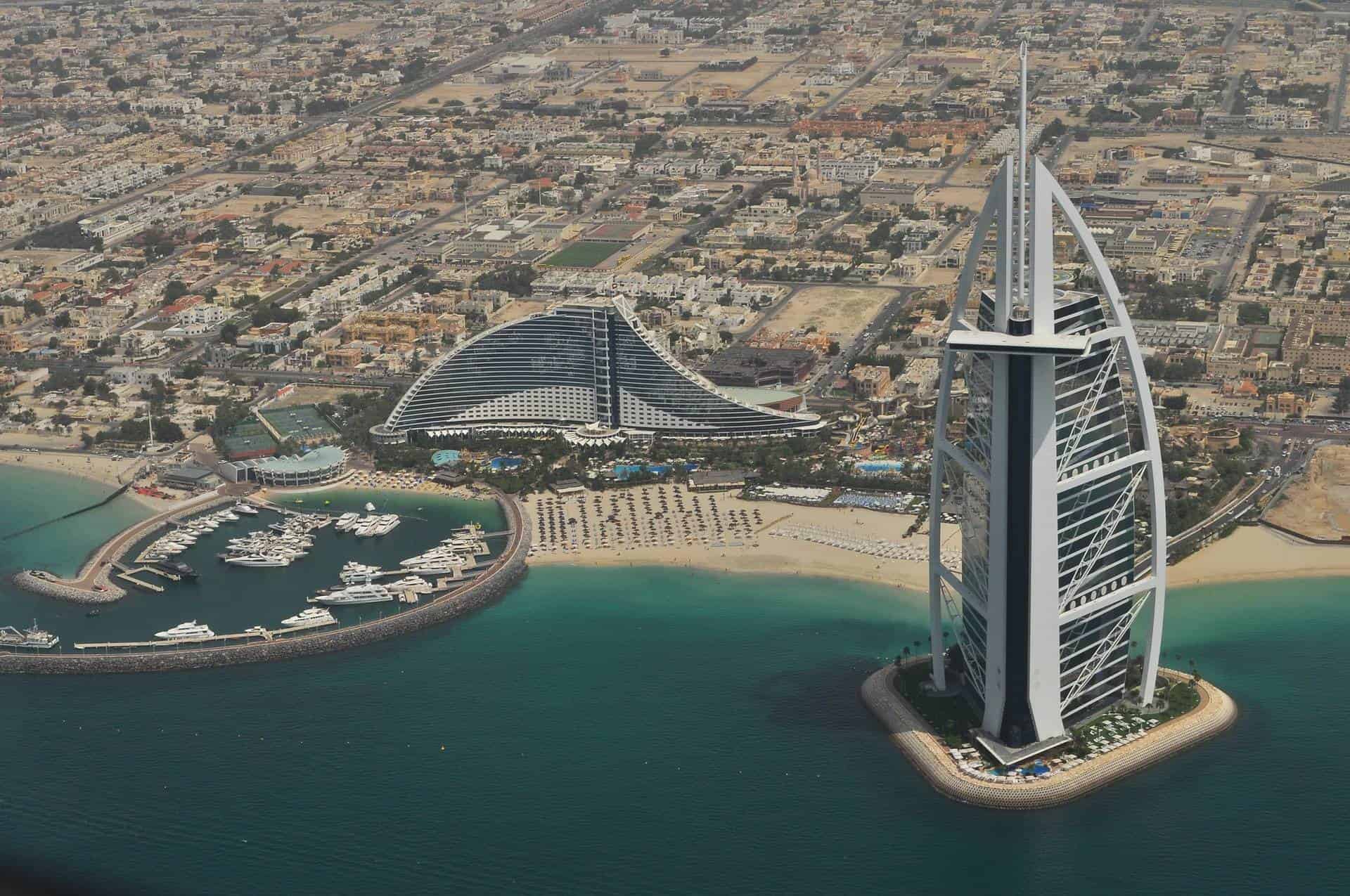 Everybody who has ever heard of Dubai knows of the Burj al Arab. And it’s no surprise that everyone visiting Dubai wants to know how to get to Burj al Arab.

It’s like kangaroos to Australia, the queen to England and drunken tourists to Bali. They are two things that go together, and let no man put asunder. And, as I am Australian, and therefore used to people asking me if I have a kangaroo for a pet, I also am a Dubai resident, constantly asked by those who are not: “Have you been to the Burj al Arab?”

The biggest problem with the Burj al Arab is that it is horrendously expensive. The rooms start at about $1800US a night, and it pips Dubai’s second most expensive hotel, Al Maha by at least $600.

Her spinnaker flying, yet firmly grounded on her tiny island behind the wave that is Jumeirah Beach Hotel, she stays removed, elite and aloft. She is fiercely protected from the hordes glimpsing a gander while pushing through the gates of Wild Wadi, and the Big Bus tourists who pose with arms akimbo in mock poshness or in a Giza-like “I’ve got the pyramid in my hands!” stature that captures the 300-odd meter structure in their palms and 2D perspective. But they can’t get past the security hut or the barricades.

The Burj is only for paying guests. No gawkers allowed.

How to get to Burj al Arab

Visiting The Hotel in the Burj al Arab

But you don’t have to stay to pay. There are two other ways to get your look inside this brassy young thing that seems to be the unfortunate symbol for noughties nouveau riche. First, you can stay at the nearby Jumeirah-owned Beach Hotel for about $250, and take a free guided tour. Or, you can dine. And here’s where the tour busses (and I) gain entry: High Tea.

They take it in the Skyview lounge – a 21s and over bar, on a roll like the eyes of a hammerhead shark glaring over the gulf that shall not be named ‘Persian’. The paying guests fall out of the air-conditioned coaches and struggle towards the gold-plated elevators in a mellee of floating knock-off kandouras, blinged-up ‘I love Dubai’ t-shirts and camera flashes.

Men stop and gape, revolving heads on upwardly staring carnival clowns, marvelling at the atrium, equally gaping back at them from height upon height. Their wives purse their lips, trying to pretend they hang out in places like this every day, shushing their “Corr!”s and “Sheesh!”‘s with demure slaps and grumbles. They are ushered into the lifts, up and away as quickly as possible. Hopefully before any real guests can see them.

But that’s not my scene. Nor is the ‘ultimate’ high tea at Sahn Eddar, where you nibble in the foyer and are barred from the rest of the hotel by gold-tassled velvet ropes. No – I’ve found the best value dining at this incredible hotel, and I like to call it the ‘Low Tea’. Not because it’s cheaper (which it is), but because you take it at the lower level Junsui, the Burj al Arab’s “Pure Asia” restaurant.

It’s accessed through the same gold lifts as the Skyview Lounge, but tucked into the basement with a cracking sunset view over the water and an appropriate basement feel that is contemporary and clean without being cold or sombre. And the best thing about this particular tea? It’s not that this is the only room in the entire hotel where you can escape primary colour and rest in neutral tones. It’s because it’s not “tea” at all. It’s an early dinner – or a late lunch – seven courses of lovely nibbles that will fill even the largest belly.

Think of it as an all you can eat deal. But fancy!

All of this came with an extensive tea menu (included in the price), of which we chose the masala chai (not bad), and an iced tea selection with good flavour but colour that matched the bold foyer of the hotel in obscene hue. Five-year-old however loved it (plenty of decaf options for the kids).

The food is good, good enough for the 285 AED price tag (about $75), but not gold plated, diamond studded or silk-lined. But do you go to a place like this for the food? The ambiance is perfect – hushed, luxurious, “speshool and exprensive” as Goldilocks would describe it.

The bar area looks over million-dollar launches and billion-dollar real estate. The sun shines on the water and turns it into diamonds at about 5pm. The staff are friendly, intuitive, helpful, deliciously simpering. Goldilocks has utterly fallen for the assistant manager, declaring he will marry her when he grows up. He will have to get over his shyness and talk to her first though.

This is the second time I have taken high tea at Junsui, and the third at the Burj. And I recommend all visitors to try it if they come to Dubai and they can afford it. It’s not because it’s unparallelled luxury, the best food you’ve ever tasted, or the only time you get treated like a princess. It’s because NOT going to the Burj al Arab while in Dubai would be like going to Australia and never catching sight of a kangaroo.

It’s simply something you HAVE to do, and you will regret it if you don’t!

Afternoon Tea: if you feel like trying one of the other options.

Restaurant reservations (essential – you need a code to get past security)
Telephone: +971 4 3017600 Email: BAArestaurants@jumeirah.com

Other Afternoon High Teas in Dubai

Bateaux Dubai offer High Tea on an air-conditioned barge on the Dubai Creek – a good way to get photos of Old Dubai, even at the height of summer. AED200 including soft drinks. Beats the tacky dhow buffets, hands down.

You might want to head out into the desert to the romantic resort of Bab al Shams, where you can have a range of different teas and coffees with more basic trimmings for AED175 per couple. It’s an incredible place – a fortress in the desert, only about 45 minutes drive from Dubai.

Must Visit Sites in Kyoto