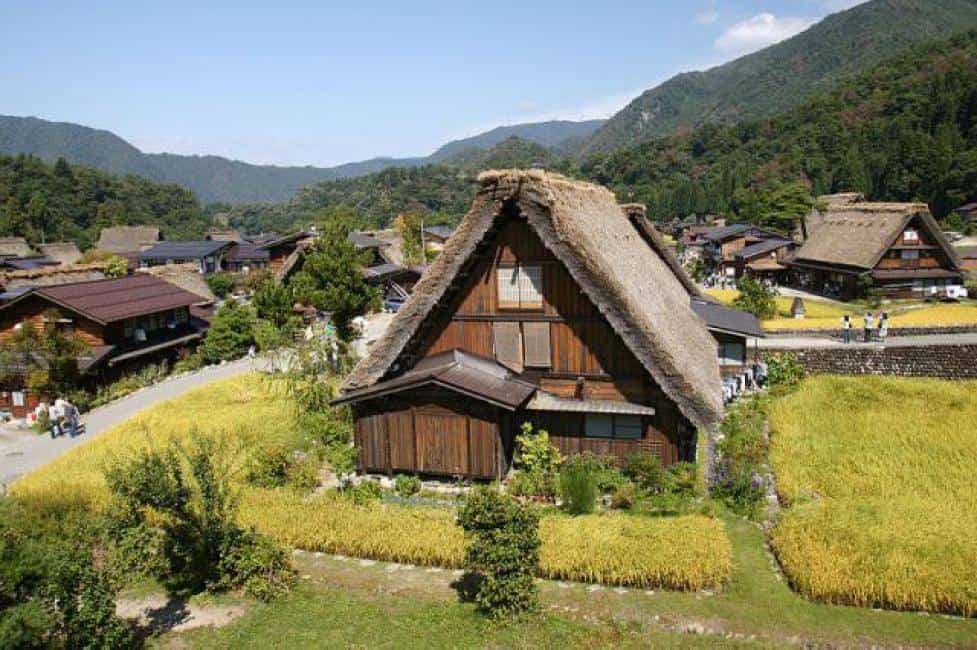 Gokayama is a historic village in Toyama, Japan. Together with the better-known Shirakawa-go in Gifu, it was registered as a UNESCO World Heritage Site on December 9, 1995.

Getting to know Gokayama

Gokayama is famous for its farmhouses, which are built in a unique architectural style known as gassho. The name means “hands together” as in prayer, referring to the steep roofs that keep the snow off in the winter. Underneath the roofs, the large attic area was used to house silkworms.

The kanji of the current name mean “Five Mountains”, but the original name is actually “Between Five Valleys”, which is pronounced the same.

Although this is a moderately popular tourist destination, some people do live in some of the traditional houses. Keep this in mind as you tour.

Gokayama offers numerous ryokan based Japanese inns for overnight stays. Most of these inns are gassho based inns and offer both dinner and breakfast in the accommodation fee. Dinner is generally traditional Japanese dishes consisting of river fish and exquisite mountain vegetables; you will almost certainly sleep on a futon on a tatami mat.

As Shirakawa-go’s buildings are mainly produced of highly flammable traditional materials, smoking is heavily regulated in the village. If one must smoke they must do so at a designated position within the village (indicated by bench seats, a sign and a 3 foot high large ash tray). Please refrain from smoking unless in a designated area. Shirakawa-go has a backup village fire suppression system, however, triggering it via a burning cigarette butt would be a foul end to a good holiday.

How to Get to Boracay from Manila, Philippines

Places to Visit While on Honeymoon in Bali

A Guide to Experiencing Ramadan in Dubai (for Non-Muslims)

How To Travel the World on a Budget