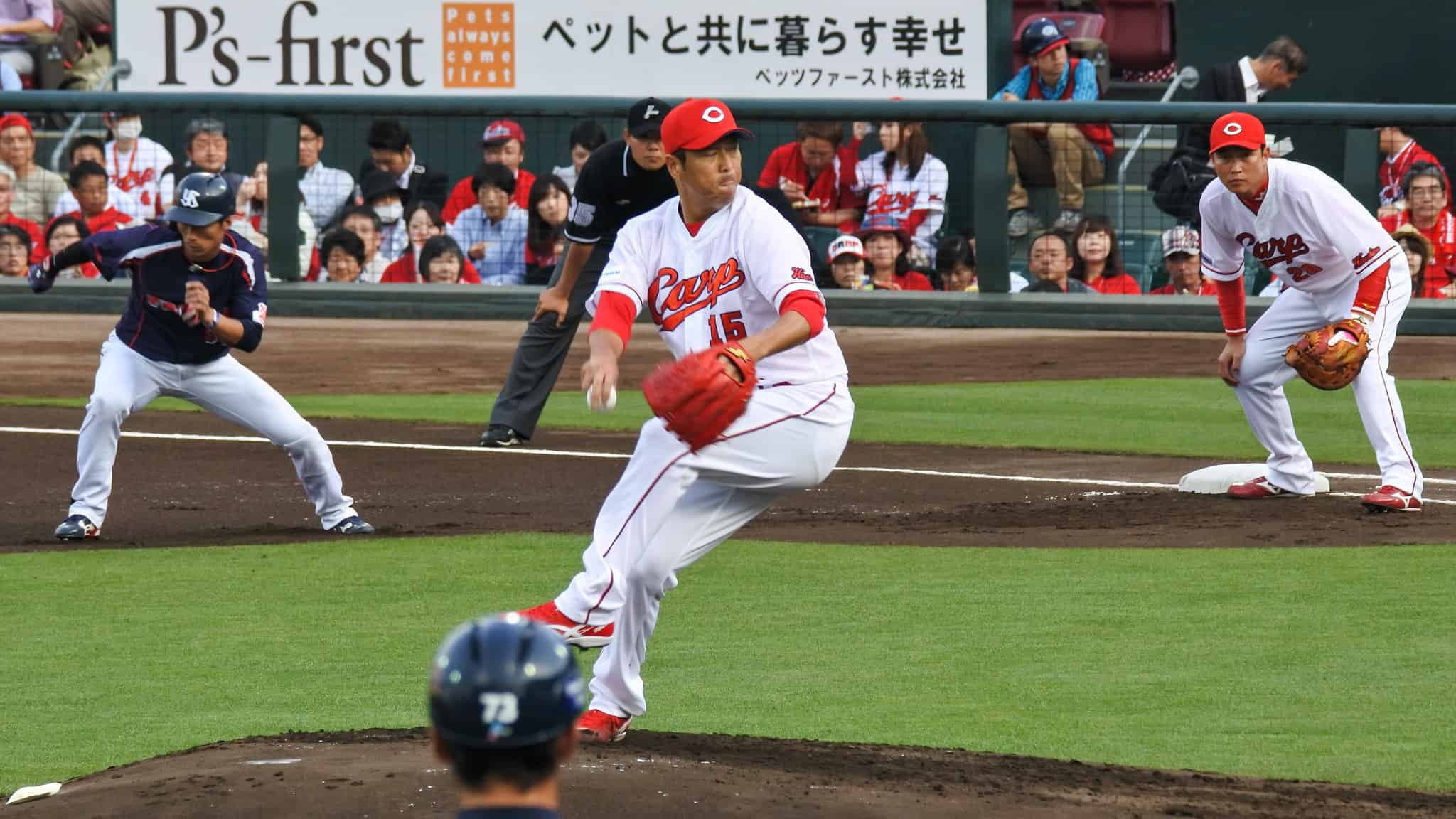 If you are ever in Hiroshima during baseball season, I highly suggest seeing a Hiroshima Carps baseball game.

Not only does it involve you in local culture, but I guarantee it will be an experience you will not soon forget.

Here’s my experience of going to the game!

We bought our tickets earlier in the day at the stadium and found our seats later that night. Nearby was a group of men who obviously went to every game and cheered for their team with fervor that cannot be matched in a MLB game found in the United States.

While enjoying our beer (brought to us by a guy hauling around a pony keg of Kirin) and the first few innings, one of the men walks over to us and hands us a bag of beer snacks. After contemplating what on earth we were eating that was dry and jerky-ish, we came to the conclusion that it was dried squid. The salty snack was a great addition to our beer and I highly suggest trying it out.

It only took those first few innings to realize how much the Japanese love this sport.

Every single player had their own unique music that the audience would play (with a full band in tow) when they came up to the plate. This was the equivalent to a minor league game but the stadium was quite full and the crowd was going wild for every play.

The excitement was contagious.

The most awesome thing was that udon appeared to be the food of choice. While hot dogs are known to be the traditional baseball game food, I was more than happy to eat my way through a steamy bowl of fresh udon.

We couldn’t help but burst into laughter as well.

Even though the Carps ultimately lost the game, it was an amazing experience – one that aided in Hiroshima becoming our favorite city we visited.

We cannot recommend any city more highly and encourage anyone who comes to Japan to make it a point to go to Hiroshima.