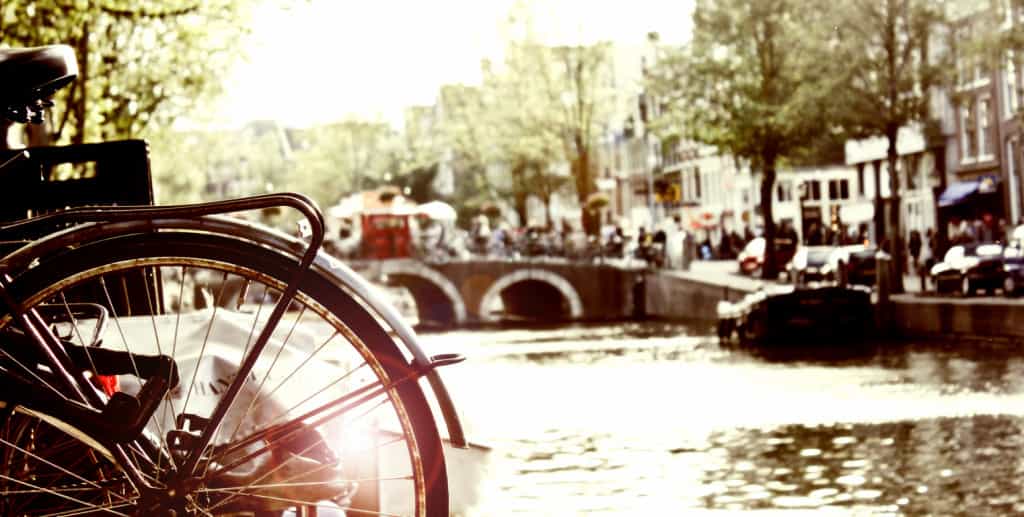 So you’ve decided to visit Amsterdam. Good for you – you’ll soon be joining the many other tourists in Amsterdam.

The Netherlands has a lot to offer, including many things to do in Amsterdam as well as day trips from Amsterdam to explore more of the country.

I wish you a very pleasant stay in the historic and beautiful capital of The Netherlands.

But, first, advice on how to not be an irritating tourist in Amsterdam

We have a lot of irritating tourists in Amsterdam. Don’t be them.

I mean yes, I get it.  It’s cute and a total must-do, driving your bike through the tiny cobblestreets and on bridges over canals in Amsterdam. But really, unless you use your bike on a day to day basis in a big city at home, please don’t. I’ll be really honest here, everyone who lives in Amsterdam hates tourists on bikes. Cycling in Amsterdam is not for everyone.

Why? Because we’re busy people. We want to get to our job quickly and safely, and you stopping suddenly in the middle of the bike lane, driving super slow for sightseeing, or making an unexpected turn is just a complete hazard to the rest of the bikers. Seriously, it’s already dangerous for Dutch people to use our bikes in Amsterdam.  It takes skill not to get hit by cars and pedestrians and to avoid riding your bike into a canal. We don’t need tourists on bikes. Sorry. Luckily we’ve got great public transport and Amsterdam is pretty walkable.

2. Don’t speak to us in German

Dutch people are friendly, open, and helpful. Because of our history with conquering the world by ship, we’ve always been open to other cultures. We’ve always HAD to speak languages besides Dutch. So you’ll find most Dutch people speak English very well, and are able to make themselves understood in one other language (usually French or German).

But PLEASE, we’re sick of every Hollywood movie making Dutch sound like German (remember Eurotrip?). In fact, we have some pretty bad recollections of the German language. Don’t be that German tourist that visits our beach towns and ONLY speaks German to us. It’s rude. Try English.

3. Don’t get high and jump off buildings

Please. It’s becoming a real pain in the ass. There have been more than a handful of events where tourists became so drugged up, they fell/jumped off buildings. Beside the fact that it’s not very good for your own health (I don’t think anyone lived to tell the story), it’s a danger to everyone walking below the building. In addition, hotel owners have had to make costly changes to their rooms so that the windows don’t open anymore. If you get high, do it safely.

That’s it, just a few simple rules to follow to not be an irritating tourist in Amsterdam.

Different Fun Things To Do in Winter in Austria

How to Get from Helsinki to Tallinn by Ferry