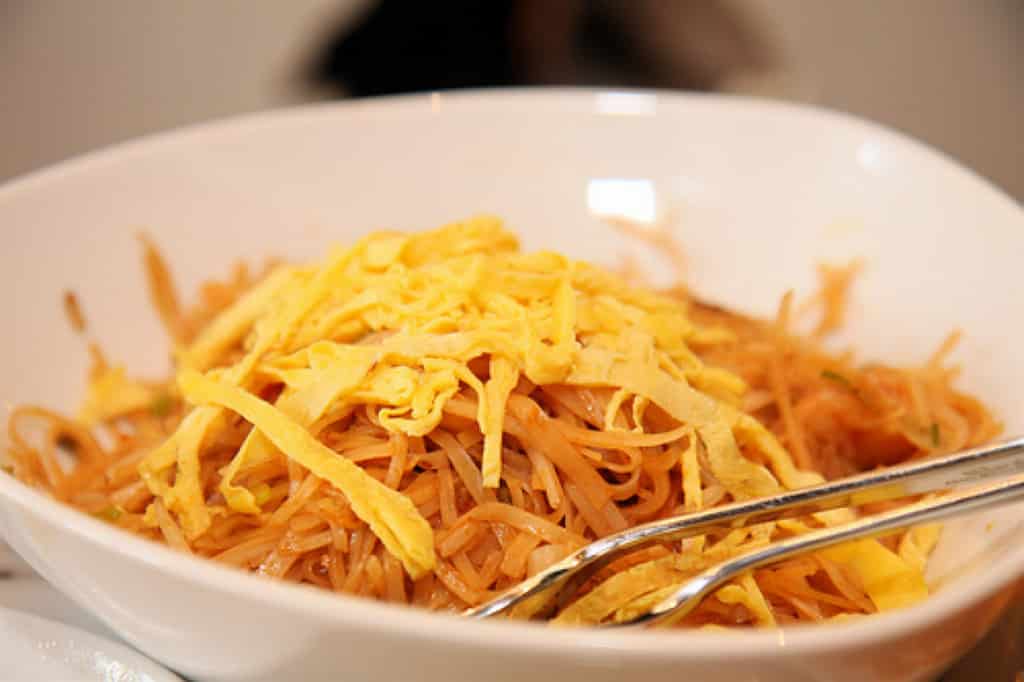 While not as spicy or as varied as food from neighbouring Thailand, Malaysia or Vietnam, Khmer food (aka Cambodian cuisine) is tasty and cheap and is invariably accompanied by rice (or occasionally noodles).

Thai and Vietnamese characteristics can be found in Khmer food, although Cambodians love a stronger sour taste in their dishes, especially through the addition of prahok, the famous Khmer fish paste (although for most foreigners this is most definitely an acquired taste!).

In addition to Khmer food, there are large number of Chinese restaurants, especially in Phnom Penh and large provincial centers. Like other Asian countries, Cambodian street food is very popular. Many of the dishes mentioned below can be enjoyed at the street food markets in Siem Reap, Phnom Penh and other cities in Cambodia.

We highly recommend joining a food tour while in Cambodia to learn more about the different cuisines and how to eat them. Here’s one in Phnom Penh and one in Siem Reap.

Typical Khmer dishes which are palatable to westerners include:

Don’t forget Khmer desserts – Pong Aime (sweets). These are available from stalls in most Khmer towns and can be excellent. Choose from a variety of sweetmeats and have them served with ice, condensed milk and sugar water. A must try is the Tuk-a-loc, a blended drink of fruits, raw egg, sweetened condensed milk and ice.

There is also a wide variety of fresh fruit available from markets. The prices vary according to which fruit is in season but mangoes (around Khmer New Year, with up to 9 varieties on sale) and mangosteen (May/June) are both superb.

Other popular Khmer foods which are less palatable to westerners include pregnant eggs (duck eggs with the embryo still inside), Prahok (a fermented fish paste) and almost every variety of creepy or crawly animal (spiders, crickets, water beetles) as well as barbecued rats, frogs, snakes, bats and small birds.