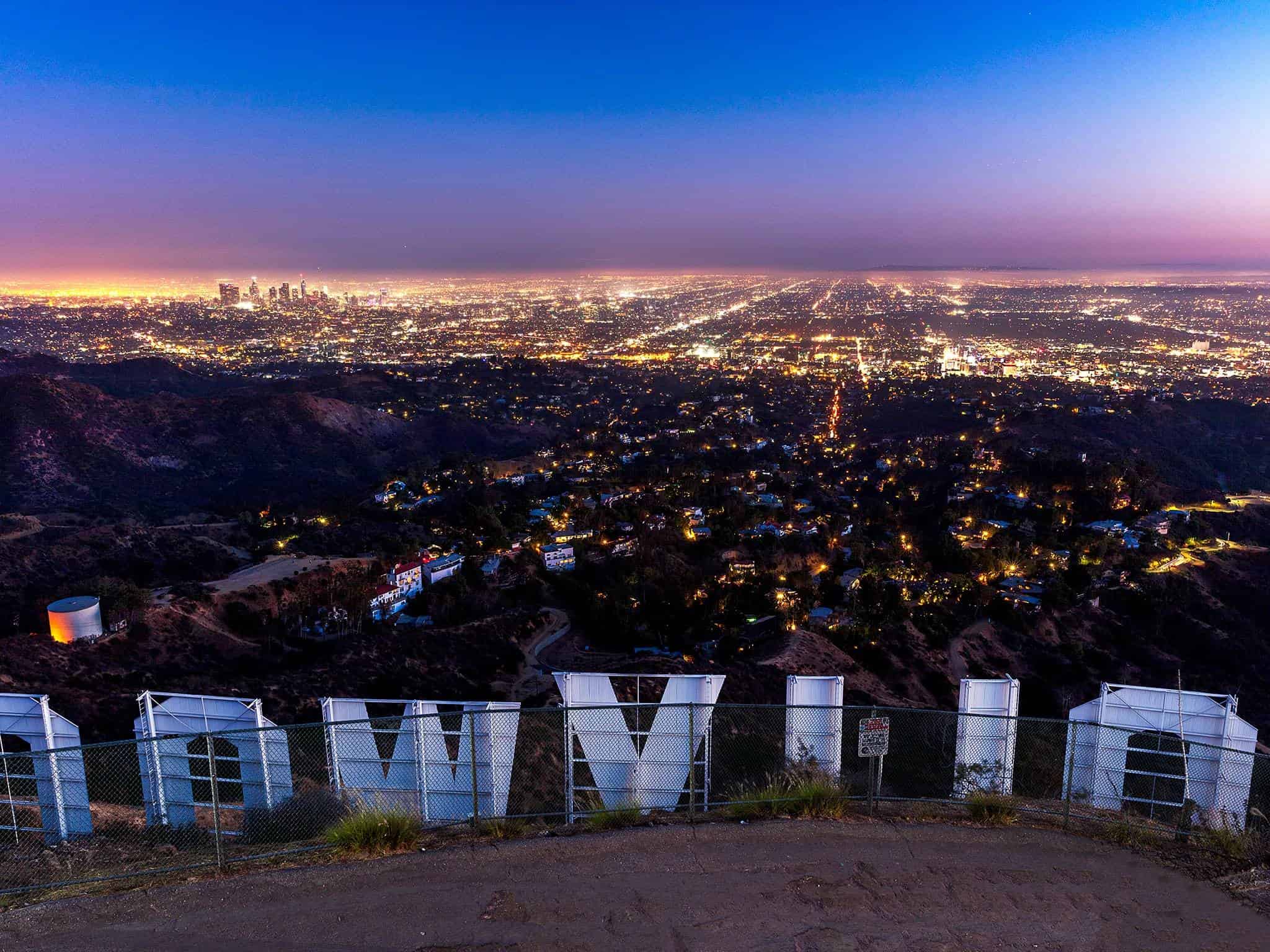 I’ve been living in Los Angeles for 8 years now.  Is that too long?

Cabin fever really kicked in around year five.  Living in a city as populated and spread out as LA, it’s really easy to get trapped in your own little bubble.  I finally realized that once you get out of the stranglehold of LA traffic, there are a ton of quick and local Los Angeles day trip options.

Below are a few of my favorite day trip escapes from Los Angeles and some that I’m planning on in the near future.  Lots of these ideas can have you out the door in the morning and back for home for dinner at your closest In N Out.

If you can’t get out of the city I’ve also come up with a bunch of ways to reinvent your hometown for yourself by acting like a tourist at home.

You can 100% make it down to San Diego in the morning to spend a full day.  I’ve done this a few times for work and for fun.  For work/fun I’ve made the trip to Comic Con which is something I recommend for anyone to see at least once in their life.

I’m the type of person that can just be dropped off in a different city to wander for all of my entertainment.  If you need some things planned out then I’d say check out a Padres or Chargers game, inhale some burritos, go whale watching, visit one of the many famous breweries, or go to the San Diego Zoo.

It is about a 2 hour drive from Los Angeles to San Diego.  The train is about 3 hours and they have a food/beer cart available.  I highly recommend not taking the train if you go down to Comic Con since you’ll wait in line forever to come back and might miss a train.  Been there don’t that.

You could also always join a day tour to visit San Diego, this one includes a visit to La Jolla and Coronado Island.

This has to go down as one of the most fun days I’ve had in a very long time.  Most people have no idea that this stretch of sand even existed in California, let alone had ATV rental opportunities there.

There are about 1,500 acres of soft sand dunes that you can get lost on.  It is really an amazing sight to just see all of that white sand in every direction while watching people take ATVs, dirt bikes, and SUVs up and down the dunes in the distance.

Book your trip ahead of time to save some money.  You can rent an ATV for 4 hours for about $60.  That isn’t for some slow guided tour.  That is for you to take your ATV and gun it into the dunes until you’re ready to go in.

The Pismo Dunes are about 3 hours north by car from Los Angeles.

Orlando is the theme park capital of the United States, but there are still plenty of parks within driving distance of Los Angeles.  Universal Studios Orlando is right in the middle of the city, but there are some options just outside of LA.

Disneyland takes less than an hour to reach from Los Angeles.  Disneyland is the original Disney park and it is pretty small.  Even if you hop over to California Adventure across the way, you can see most of what Disneyland has to offer in a day trip.

Go another 30 hours south and you hit Legoland in Carlsbad or a little further to get to SeaWorld in San Diego.  Both parks are full of attractions and rides for kids and adults.

If you’re looking for some more intense thrill rides you’d go north 30 miles to Valencia for Six Flags Magic Mountain.  This park holds the record for the most rollercoasters in an amusement park.

Catalina…as in the F’n Catalina Wine Mixer?  Yeah that’s the place, but the real wine mixer came after the movie.  The first one was in 2014 and it runs annually in September.

Besides that, there is actually an incredible amount of things you can do on the island.  It’s basically a giant outdoor playground.  If you just go for a day they have a zip line tour, safari bus ride, scuba diving, kayaking, hiking, parasailing, live music, jet skis, semi-submarine cruise…you probably get the point now.  Going to Catalina Island is like going to a resort destination but without having to take a week off of work.

You can take a ferry or be a baller and take a helicopter ride to the island.  Ferries leave from San Pedro, Long Beach, Newport Beach, and Dana Point.  And just a heads up, they ended their free birthday rides on December 31, 2017.

A day trip to Las Vegas from Los Angeles is an aggressive move.  I’ve done it twice in my life and both times got that Vegas mentality fast.

I once made a day trip just to see if I could go to the Encore Beach day party and make it back in the same day.  The other time was to join a poker tournament that I quickly lost and had to go party instead.

Don’t do the drive since it is 4 hours each way.  You’ll go crazy driving for 8 hours and if you drive then you can’t party.

Flights from Burbank airport can drop to under $100 round trip if you find a good deal.  There are also a few bus companies that run back and forth from Las Vegas to Los Angeles.  The bus is a long ride, but at least you get to rest.  If you want to be there for afternoon activities take the bus up and fly back.  For day parties fly up and take the late bus back.

Ever wanted to see what real wealth could buy?  William Randolph Hearst was one of the richest men in America with a net worth equal to $30 Billion in today’s money.  He used a part of that fortune to build this mansion.  The main house on the property is over 68,000 square feet with 38 bedrooms, 42 bathrooms, 30 fireplaces, and 14 sitting rooms.  What is a sitting room and why do you need so many?

Film buffs might recognize this as the inspiration for Xanadu in Citizen Kane.

The estate is mind boggling to look at and seriously a work of art worth taking a tour of.  The Castle is located in San Simeon which is about 3 and a half hours from Los Angeles.  Maybe add this as an extra stop on your ATV trip.

If you’ve ever seen Seabiscuit then you definitely know something about this historical racetrack.  This was the track with all the drama in that movie.

The racetrack is still around and isn’t full of celebrities like it was in the early days, but is still a lot of fun to go spend an entire day at.  Visit on “Dollar Days” for $1 beers, $1 sodas, and $2 hot dogs all day for a good time on the cheaper end.  Dollar Days happen on holiday Mondays during the race season.  On the other end of the spectrum they have craft beer and food trucks on select Saturdays and Sundays.

The track is less than a half hour drive, but you’ll probably have a few adult beverages while you’re there.  Use the rare public transit opportunity here and take the Metro Gold Line from Downtown to Arcadia where you can hop on the Arcadia Transit Green Line Shuttle for a 50 cent fare to the track.

Do you really want to see Denmark but can’t afford the trip?  Well you probably check out how cheap it is to fly Norwegian Airlines to Copenhagen.  Regardless, you can still get a little taste of the Danish life by driving a couple hours north to Solvang.

This little town was made when a group of Danes built a Danish colony here.  They wanted a place to get away from the harsh winters of Northern Europe.  With that, they made a home away from home that has similar architecture and customs as Denmark.  There are even statues for The Little Mermaid and Hans Christian Anderson, 2 icons of Danish history.

This is a little bit of a wine country feel as well, so you can make that the center of your trip.  Two of the best times to go for unique experiences are during Solvang Danish Days in September for the Danish Heritage Festival or in December for the Julefest Christmas celebrations.

When you hear people say that when you live in LA you can surf and snowboard in the same day, Big Bear is usually the place they are talking about the snowboarding. Big Bear is definitely worth spending a few days in to relax in a cabin, but it is so close to Los Angeles that you can still make a day trip out of it.

In the spring and summer months you’ll spend more of your time around the lake for water sports and activities.  They have great fishing and boat rentals for wakeboarding, waterskiing, and other lake fun.  The winter season has some amazing trails for skiing and snowboarding fans.

No I’m not talking about doing a quick loop around Runyon or Griffith Park.  One of the best parts about living in LA is that just outside of the craziness of this city we are surrounded by some really beautiful and peaceful nature.

If you are looking to escape the city life for at least half a day and get some fresh air, these are some of my favorite hikes close to Los Angeles: