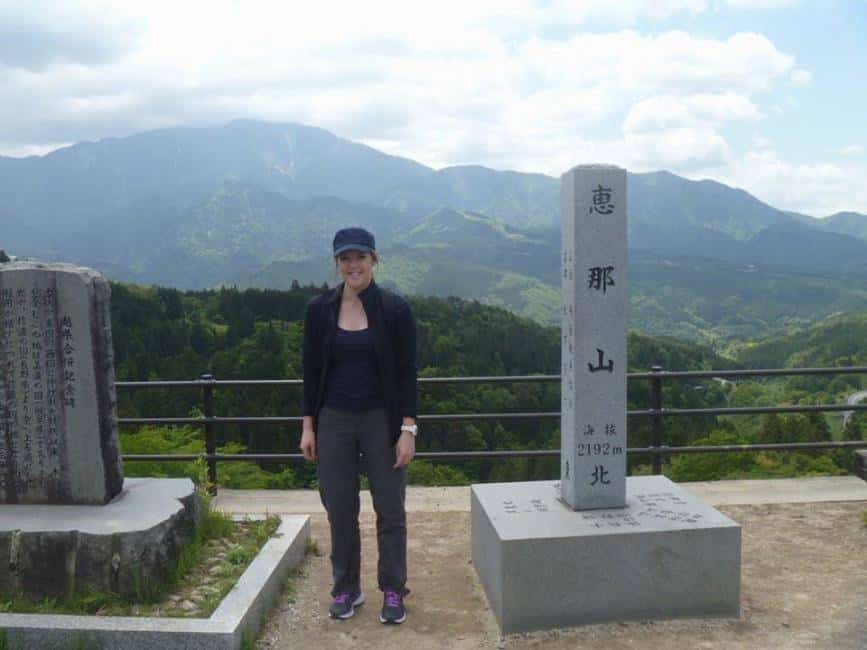 Always looking for new things to do on my days off, I decided to head to Nakasendo to walk part of the famous road which was built more than 400 years ago to connect Kyoto and Tokyo.

The entire track is about 530km long, I walked 10kms. Nestled in the mountains, it was very scenic with small old Japanese style towns along the way.

It is quite a major tourist attraction for adventurous people so if you’re travelling alone like I was, there will be plenty of other people who you can meet along the way. I met two Aussies from Melbourne, travelling through the mountain regions of Japan for 2 weeks. They were quite interesting and it was nice having company for the walk… Particularly helpful since we had different knowledge of the track, things to see along the way and the history of it.

Along the way we not only saw traditional villages, but also some waterfalls, a traditional tea house, a house which is more than 300 years old and a small cod fish farm where the locals eat from. When we arrived at Tsumago we tried some of the famous chestnut flavoured sweets, I wasn’t the biggest fan of the flavour so instead of gorging on sweets as I usually would I finished my sandwich.

The Australian girl I was with did buy some Red Bean Mochi traditional sweets though which she gave me to try, my first one! It was an interesting taste, with a very sticky exterior. I’m not sure I’ll be trying this one again any time soon! We headed to the bus stop to catch a train back to the closest train station to say goodbye and head home.

The day itself was quite easy.

It takes about 75 minutes to get to Nakatsugawa from Nagoya on the JR line. From the station you take the bus to Magome which takes about 30 minutes and drops you off at the start of the walk.

Where to go Camping in Virginia