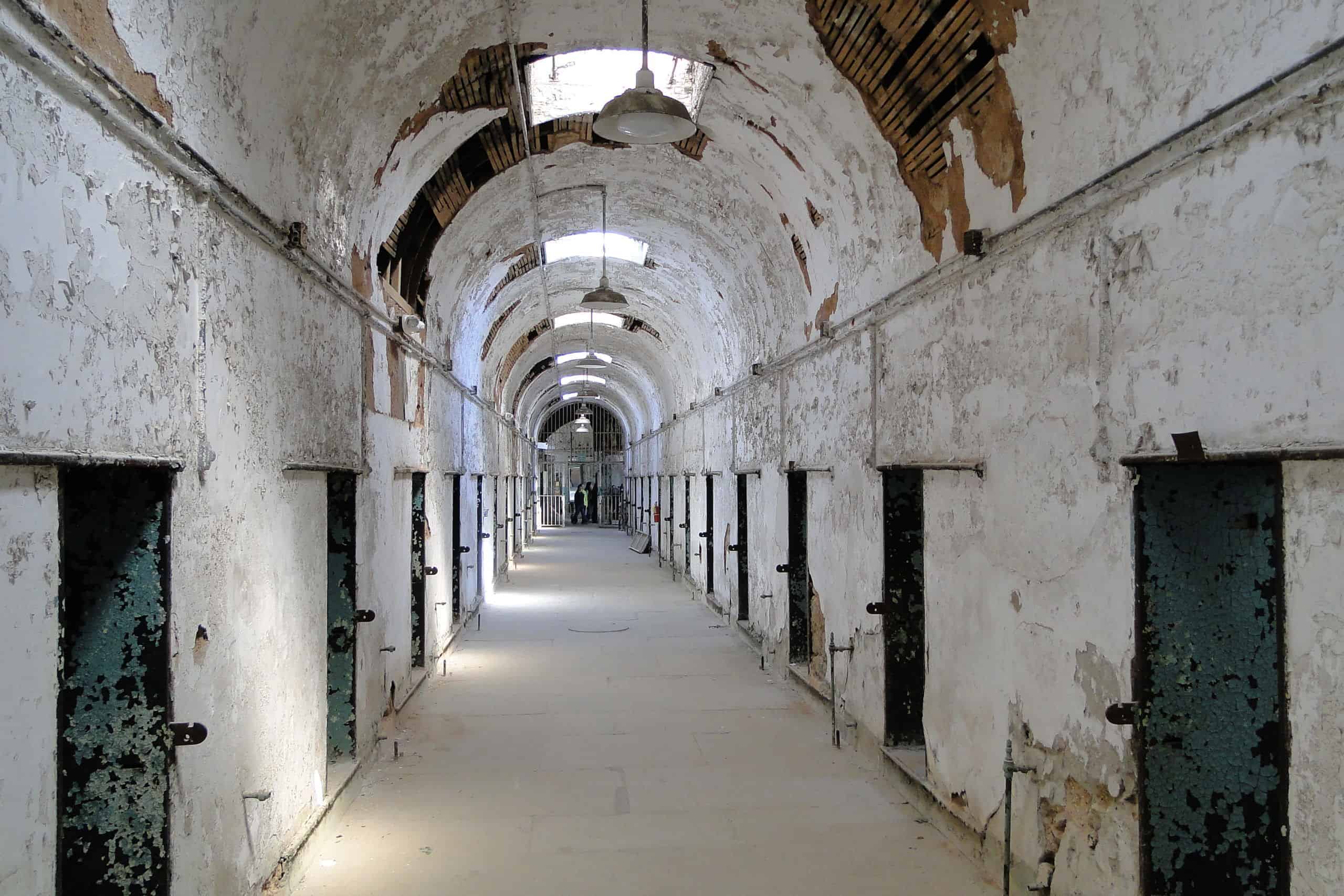 Eastern State Penitentiary, or ESP, was once the most famous and expensive prison in the world, before it was shut down in 1971. Today, it’s known as the most haunted prison in America.

Why is this the most haunted prison in America?

During the Enlightenment, it was believed that keeping the prisoners in solitary confinement and having them to do honest work, like shoemaking and weaving, would force them to think about the atrocities they had committed.

The new “Pennsylvania System” of incarceration kept the prisoners in their cells for 23 hours a day, communication with other inmates was forbidden.

When prisoners began to tap on pipers and whisper to each other through vents in desperate need of human contact, the consequences were severe.

One method of (torture) punishment was the “mad chair”, in which inmates were strapped so tightly that their circulation was cut off, left to sit for days without food. In the best cases, limbs had to be amputated. In the worst, prisoners were driven to insanity.

In 1913, the Pennsylvania System was finally abandoned. But the effects of it lived on inside the walls of ESP. Prisoners and guards began reporting strange sightings as early as the 1940s, and today people still report that they see or feel strange things when visiting.

Today, it is considered the most haunted prison in America.

Do you want to visit? Book your admission ticket online before you go.