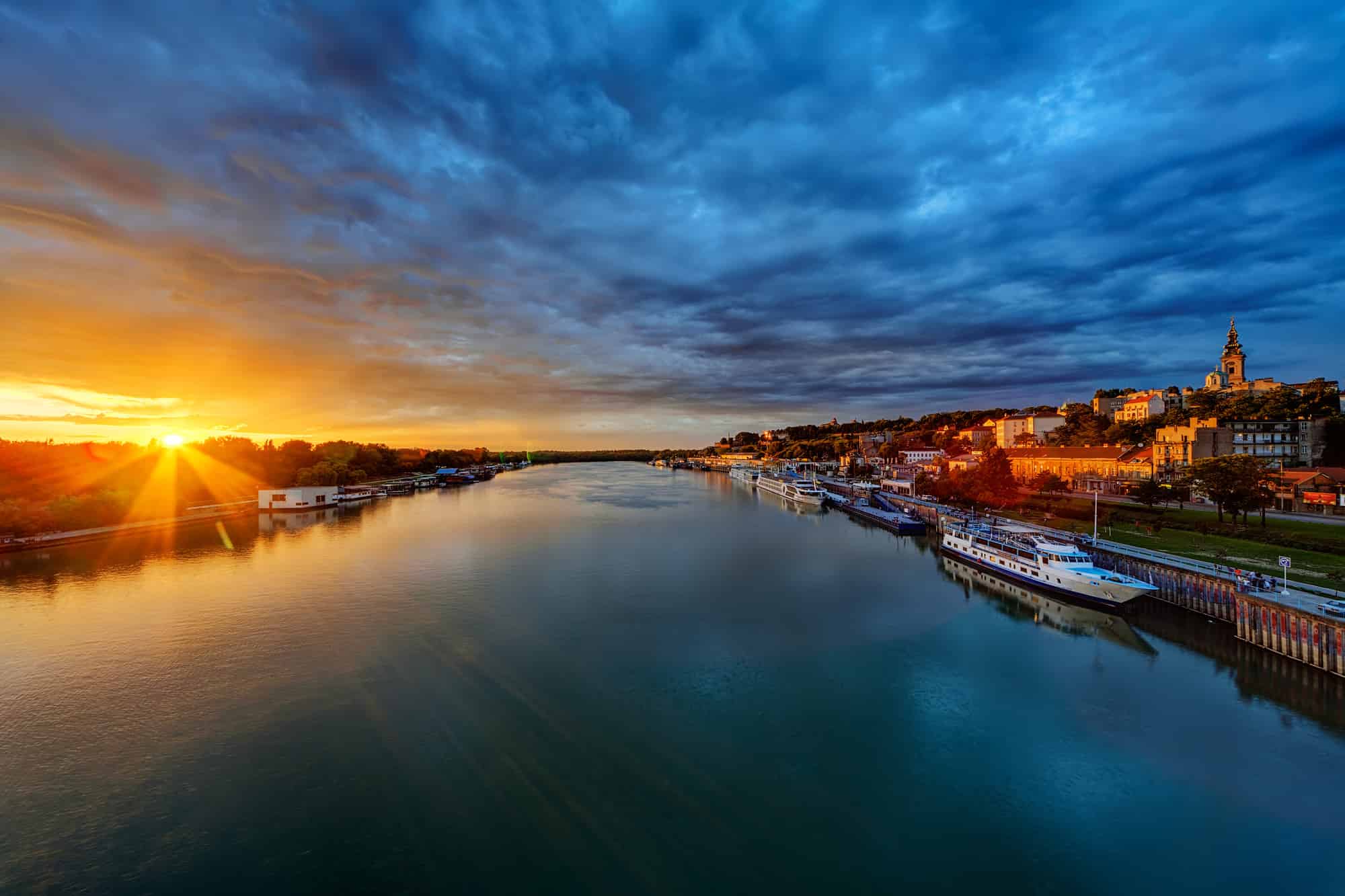 Thinking about visiting the Museum of Naive and Marginal Art (Muzej Naivne i Marginalne Umetnosti) in Belgrade? Read on to follow our complete experience of visiting this fascinating museum.

Starting from how we got there:

Getting to Museum of Naive and Marginal Art

We crossed the only bridge in Belgrade over the Danube River – the old metal, heavy thing built in 1935.

Once on the other side of Belgrade we continued towards Pancevo city, well known for its accident-prone factories which sometimes pollute the whole of Belgrade.

As it was Sunday, the day for the local antiques market, we couldn’t resist stopping for a quick browse for a “good deal”. We didn’t get anything except an old CD for 50p which worked until song number four. Regardless, we considered it a good deal.

Crossing the Danube River means entering the flat Pannonia Plain where you orientate yourself only by the next tree or lonely house. Considering that the official alphabet in Serbia is Cyrillic and that road signs are rare then that tree or house takes on more importance during your journey.

Nature at this time of year (May) generously painted everything in a lush green cloaking the trees and houses from sight. Everything looked the same especially for four city girls.

Confused and tired by the oppressive heat we decided to stop along the way at Salas, called Sekin Salas which means Sisters Ranch. If you want to experience the real Serbia you should try to stay at one of the many ranches which offer a combination of rural Serbia with good food, clean air and lots of activities – horse riding, fishing, cooking classes…embroidery classes…

During our hour stop we managed to meet the loveable Rasha, a ginger corgi who we considered stealing away, but after realising that Rasha has friends on the Ranch – three cats, two goats, a pheasant, an over-protective chicken with eight yellow chicks and two more dogs lazily asleep in the front garden – we decided that Rasha had a better life than we did, so we left him in his natural surroundings.

After refreshments and taking photos of everything that represented the old, disappearing Serbia that was so generously on display in the house, we continued driving towards Kovacica, a place well known for its Slovak naive art.

The Museum of Naive and Marginal Art is situated centrally on the main street.

Visiting the Museum of Naive and Marginal Art in Belgrade

The Museum itself is very small but very rich in the numbers of paintings they own so the exhibition keeps changing all the time. The first one to strike you is a huge, colourful and lively painting by Jan Glozik illustrating the 200 years since the Slovak people moved from what was then the Austro-Hungarian Empire to the eastern border, nowadays Serbia, by order of the Emperor. The painting consists of 200 people representing each year since they moved to this part of the world. If you have a very good eye you can see a self-portrait of the painter incorporated into the maze of colours.

The left side of the museum has an exhibition of another famous naïve art painter, Martin Janos, whose paintings emphasise the hands and feet and thereby the hard manual work on the farms of the region.

The third room is dedicated to the Queen of naïve art, Zuzana Halupova. There are 31 paintings exhibited here, most of them oil on canvas. She, as with Martin Janos, has a leitmotif which is that each painting has a girl in a pink skirt somewhere in it. Zuzana never had kids of her own and so she put one in every one of her paintings. She was member of the children’s charity UNICEF and in 1974 she painted the UNICEF Christmas Card which was sold worldwide.  She left more than 1000 paintings to the museum but due to the lack of the space only a certain number can be shown.

There are talks about a new, bigger Museum to be opened in a different location.

Outside the Museum there is a courtyard with three galleries, in one of them you can have your own portrait painted. All the galleries are run by local painters who can tell you about local life and how they have preserved their culture and traditions for over 200 years. Mr Pavel Babka, a successful painter who exhibits all around the world and is the owner of the largest gallery, pointed out that even when a painter becomes worldwide successful, he still stays in Kovacica, within very strong Slovak Community.

Learn more about the current exhibitions on their website.

Where to Find the Best Vintage Shops in Barcelona

Tips on How to Stay Safe in Prague

The Best Viewpoints in Barcelona