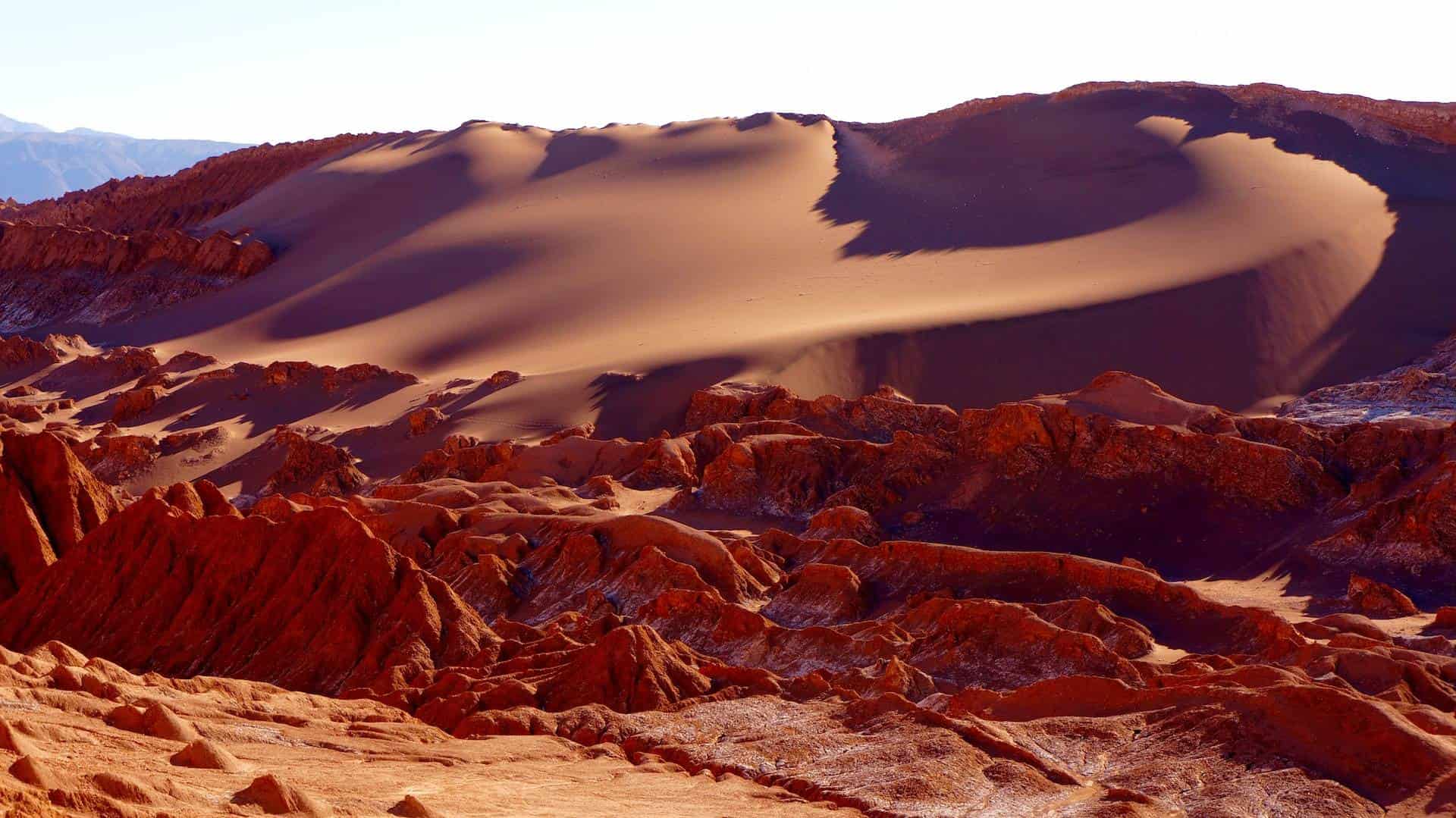 Chile is a country of vast differences ranging from the Atacama Desert in the North to Patagonia in the South.

Because this country is so long and thin, many people have to choose only one area if they are not on an extended travel trip. Therefore, most people choose either to stay in Northern Chile, Southern Chile, or in the central region near Santiago.

For travelers venturing to Northern Chile, here are five destinations that shouldn’t be missed!

Iquique sits right on the Pacific coast, and is known for the surf, paragliding, bodyboarding, and its laid back atmosphere. Because Iquique is so close to the Bolivian and Peruvian border, it is the perfect city to start your travel adventures in Northern Chile and a great gateway to these other countries. Iquique is also a great place to just relax and spend some time on the beach at one of the most popular beaches in town – Playa Cavancha.

I would recommend spending the day sand boarding down the hills or spend half of your day paragliding in one of the most popular places in Chile. I went Paragliding with Hernan Parapente and had a wonderful experience. Iquique also has a very large duty free zone for any long term traveler that may need to make a short stop for some purchases while on the road. Check out the various accommodation options available.

Moon Valley (Valle de la Luna) is one of the major sites to see in San Pedro de Atacama.  The Moon Valley received its name because of the resemblance to the surface of the moon caused by natural environmental factors. Some of the amazing natural formations include sand dunes, which were created by strong winds over thousands of years. One of the most famous is Las Tres Marias (The three Mary’s) which are formations as a result of intense erosion that are composed of gravel, clay, salt, gems and quartz.

The Three Mary’s are estimated to be approximately one million years old. At the end of the day as the sunset was approaching, we sat on the lower range of the pre-Andean depression. From east to west there was a high mountain range and chain of volcanoes. As the sunset began, the colors of the mountains began to shift from many colors of blue, red, pink, orange, and purple. To watch the colors change and then fade into the distance before our eyes was an experience that was out of this world, and an opportunity to capture some amazing photographs of this natural wonder.

You can join a Moon Valley tour if you aren’t keen on going by yourself.

There are only two places in the world where one can visit the phenomenon of natural geysers that spout from the earth’s surface – Northern Chile and Yellowstone. A fare warning that in order to experience this event, it is necessary to wake up and head to the geothermal field around 4am and you will be very cold! When you arrive it will still be completely dark outside and you will hear nothing but the sound of the bubbling water and the sound of the steam coming from the thermal spouts. As daytime starts peaking through you are able to see the natural wonder of the geysers and once the sun is out you will be able to head to the natural geothermal hot springs where you can relax your frozen body.

The Salt Lake District in Chile is certainly one of the most beautiful parts of the country with its snow capped mountains in the background and flamingos that rest in the lagoons. You are in the middle of the Andes Mountains and surrounded by active volcanoes. The waters are so beautiful that you will be blown away by the almost unnatural color of turquoise in such an unusual location in the middle of the desert. You will also be able to visit local villages near by and eat alpaca meat. Explore the Atacama Salt Flats on a group tour.

The festival in La Tirana happens in the northern part of Chile on July 16th every year. The Festival De La Virgin del Carmen is in honor of an indigenous woman who converted to Catholicism. The festival, which is full of energy encompassing both Christian and Inca traditions. It is full of Andean music, traditional dance, and elaborate attire. People gather from around the area including the neighboring countries of Bolivia and Argentina. Besides the entertainment, their main motivation is to commemorate the heroic deeds of one female Inca warrior from the sixteenth century who heroically escaped from the colonizing armies of the conquistador, and ran away because she was in love with a Spanish slave.

The Best and Safe Accommodations in Bogota

Things To Do in Manaus, Brazil: Visit Teatro Amazonas