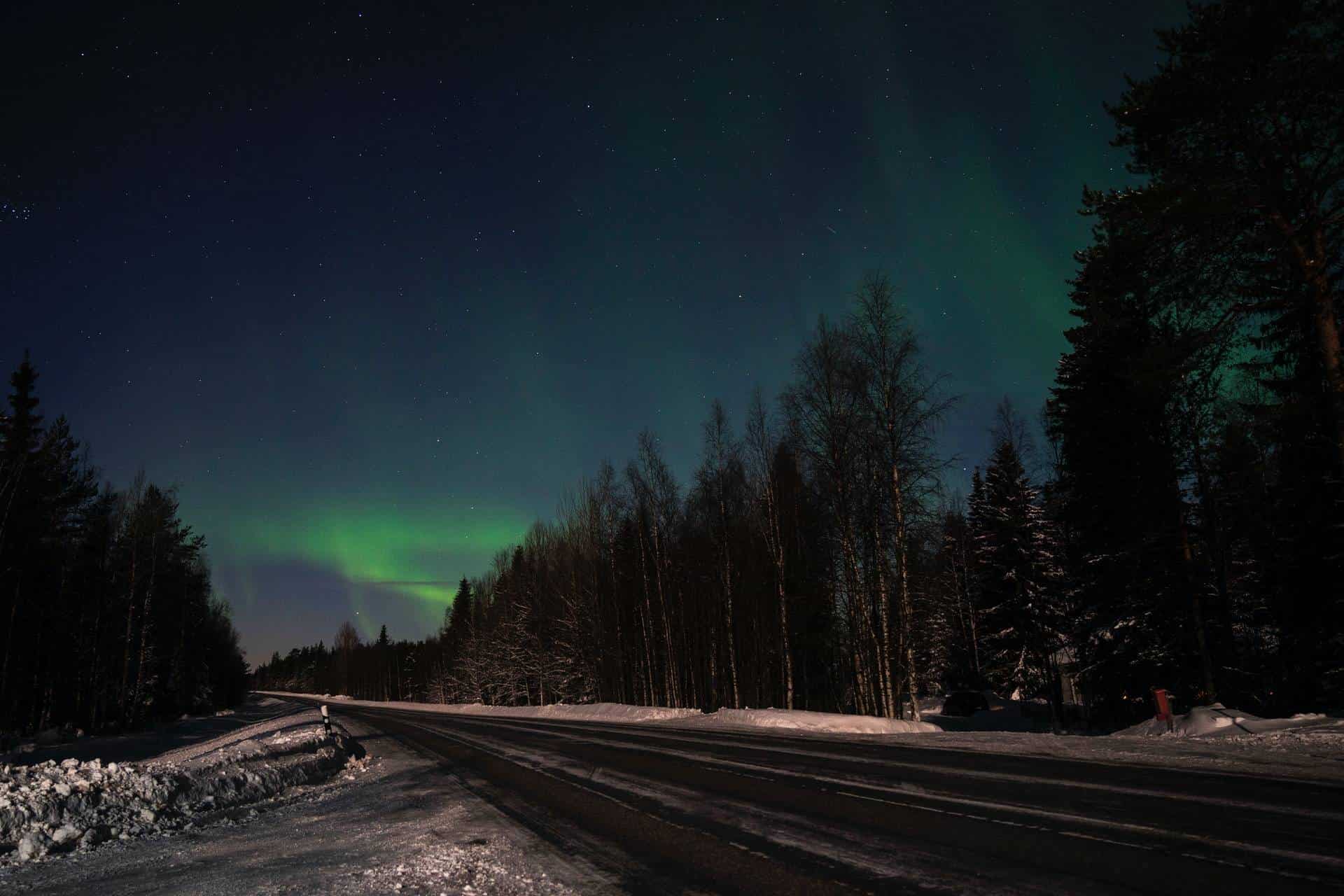 The North of Finland is a true fairytale land.  Even if you’ve already visited the residence of Santa Claus, tried the local cuisine, and ridden dogs or reindeer, this region will have something left to surprise you.

For example, take a gamble and try to catch the Northern Lights in Finland.

Watching this spectacular natural phenomenon has become a huge trend amongst travelers.

Where, How and When to see the Northern Lights in Finland

Where to see the Northern Lights in Finland

The best place to observe the Northern Lights is definitely Finnish Lapland. Why is this? It’s very simple. Lapland provides the most ideal conditions for the Northern Lights to occur. Lapland covers a large area, but it has a very small population meaning that light pollution isn’t a huge factor.

Everything north of Rovaniem lies above the Arctic Circle. In the winter season it gets dark very early here. Therefore, your chances of witnessing this colorful spectacle are significantly increased.

What are the chances of seeing the Northern Lights?

On average, there are 200 days of the year when you will see the Northern Lights. In other words you’re likely to see them three nights out of four, depending on the area. In the area of ​​Sodankyla, your chances decrease to about every other night, and in Oulu, every fourth night.

When do you see the Northern Lights?

The season generally runs from August to April, but the best time to “hunt” for the lights is between September and October or February and March. Ideally, the weather should be cold and the skies should be clear. The best time frame is generally from 22.00 (10:00pm) until midnight.

However, there is one difficulty… the Aurora Borealis (Northern Lights) don’t always appear according to schedule. However, there are special sites where you can find a short-term forecast: Space Weather from NASA, the American Institute of Oceanic and Atmospheric Administration, iPhone applications and local forecasts.

The Best Place to Observe the Northern Lights in Finland

Kilpisjarvi is a unique place. The village is located 9 km from the border-crossing of three countries: Finland, Sweden and Norway. This is the most extreme point on the north-west of Suomi.  Benefits of Northern Light hunting in Kilpisjarvi are your highly increased chances of seeing them as well as the brightness of the colors.  However, it’s worth noting that it’s a long road to get here.

The Northern Lights are one of those things that you have to witness with your own eyes… no movies or photos can replace experiencing it in person.

Where to Stay in Sardinia, Italy

Skiing and Snowboarding in Switzerland

Koufonisi: The Main Attraction in the Little Cyclades, Greece