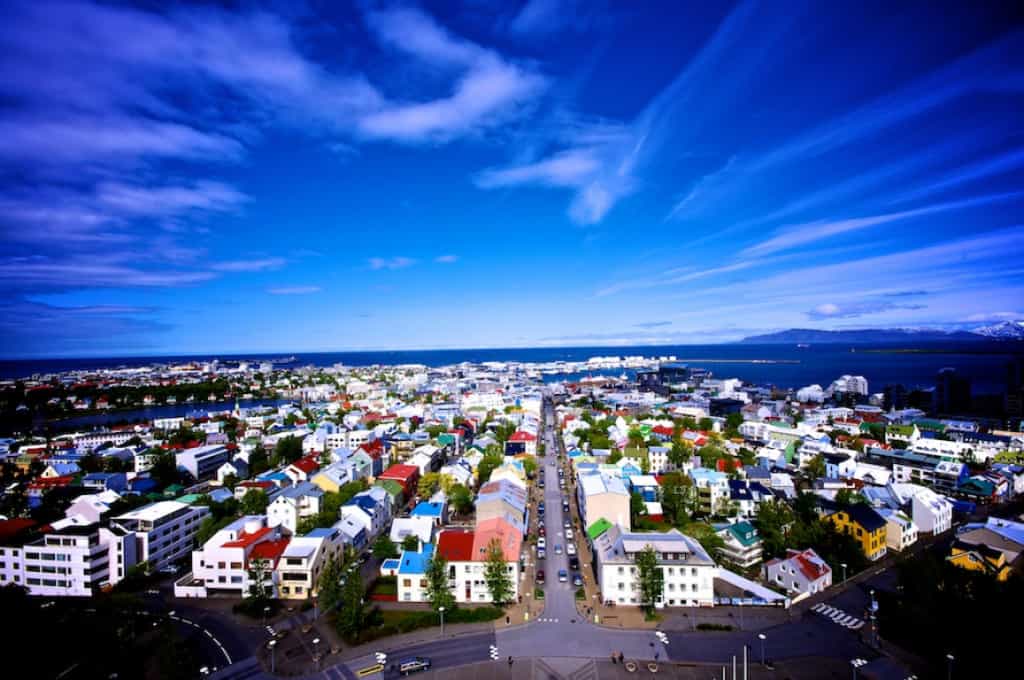 Iceland is a calm and prosperous country with a high standard of living and an amazing natural world.

Geysers, icebergs, black beaches, green hills – this is the place where fantastic films are shot without scenery. In Iceland almost every name of the city sounds like an ancient spell: Reykjavik, Akureyri, Koupavogur, Hafnarfjordur.

We are going to share the information about must-visit cities of Iceland and to dwell upon their peculiarities.

Not to Miss Cities of Iceland

It is the capital of Iceland and one of the communities of Iceland, also called the “tourist gateway” of the country. Despite the fact that the city is the largest on the island, it can be walked around on foot in one day (as with most cities of Iceland). We recommend staying in downtown Reykjavik for easy access around the city.

Another remarkable feature of the city is good ecology. The air is so pure that you head will be spinning. The most important architectural landmark is Hatlgrimskirya – a Lutheran church named after the famous spiritual leader Hatlgrimyur Pietursson.

Eastern Iceland, as the name implies, occupies the eastern territories of the island and is distinguished by a variety of landscapes and sights. It is a city, where, despite the cold weather, there are the sunniest days of the year. In East Iceland you will see mountains and valleys, the largest forest on the island, glaciers and fjords, and, of course, to know everything about the history of the city. It is a mythical place, where according to popular beliefs, elves and trolls have lived for a long time. Being in this city, be sure to visit the Petra Mineral Museum.

A port city in the west of Iceland, which used to be a small fishing village. One of the most popular places to visit is the beautiful church of Akranes, built in 1942, and the lighthouse of 1918, from the observation deck of which you can enjoy a magnificent scenery of the city. There are several museums – the National Museum, the Stone Museum, the Museum of the Icelandic Geodetic Society and the Museum of Sport. Next to Akranes there is the Mount Aqrafjal, where gulls live. Hvalfjordur fjord is famous for the Glimur waterfall. This is the highest waterfall in Iceland – 198 m.

The city of Akureyri among Icelanders is known for being the northern capital of the state. First of all, Akureyri attracts adherents of ecological tourism. You should go there because of a famous waterfall Godafoss, a stunning island of Grimsey, ice caves and halls, botanical garden and the Akureyri Church. The whole city is surrounded by numerous mountains and hills. The surroundings of Akureyri are famous for their numerous magnificent volcanoes. The most famous of them is Asquia, surrounded by many beautiful lakes.

The third largest city in Iceland. Together with Kópavogur it forms the so-called “Great Reykjavik”. Here are all the main state institutions, including the Althing (Parliament) of Iceland. Hafnarfjörður is a “city on the lava”. Unique geysers, volcanoes, glaciers and, of course, the famous mythical heroes – all this attracts adventurers from all over the world. There is the Maritime Museum of Iceland, the Museum of Post and Telecommunications, the Museum of Cinematography, and the Museum of Local History. In addition, the city has a stunning sculpture park, which collects the work of famous cultural figures from around the world.

The best way to travel around Iceland and the cities of Iceland is by car – so look into booking a rental car.

Advice: think of the transport and your route in advance!

There are many reasons to visit Iceland, including the kid-friendly activities and camping in Iceland opportunities.