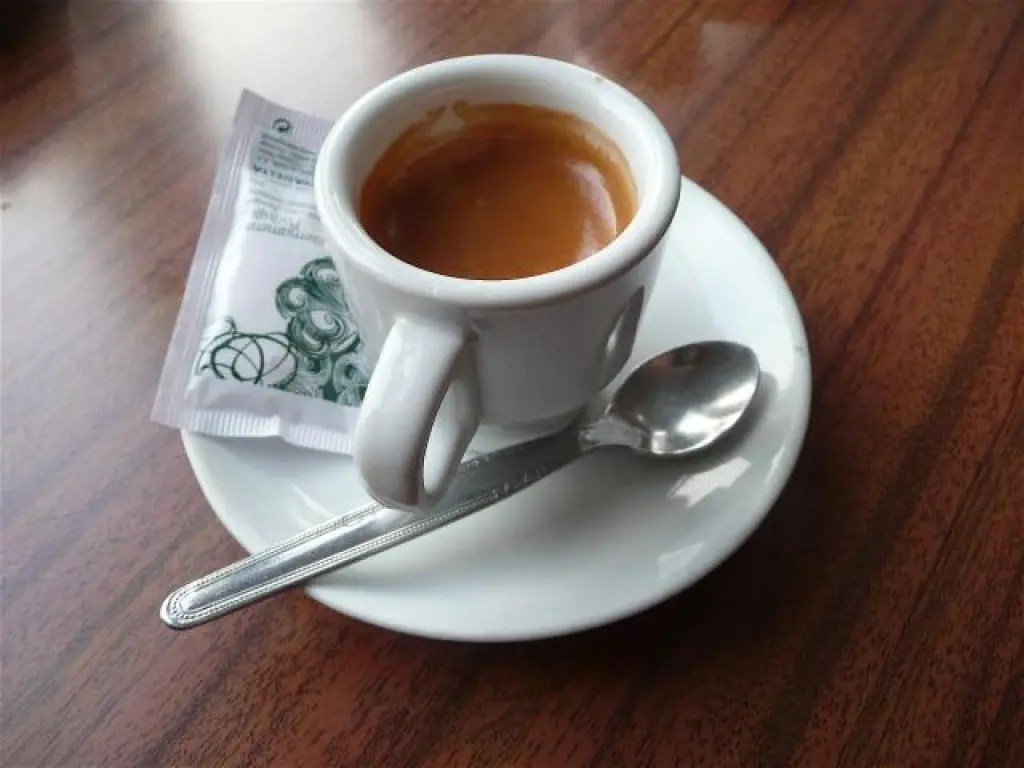 After a long flight, what’s the first thing you think about after getting rid of the luggage? It’s probably eating – plane food is always shame food.

However, it doesn’t matter if you’ll have lunch, dinner or just a snack, you’ll probably end up with a cup of coffee, right? That’s when your travelling experience will start in Portugal.

So, how do you go about ordering coffee in Portugal?

To Brazilians like me, the first gulp is a real culture shock. And if you drink coffee with no sugar, please, be polite and don’t spit inside the cup.

The Portuguese “bica” (that’s how they call espresso) is strong enough to overcome jet lag in just one swallow. But if you’re used to intense and bitter flavours, there’s one more thing you should know about the bica: it never fills more than three quarters of the small cup. So, if you just want to have a Portuguese coffee and no stress, ask for the right thing.

Here’s a list of the most common coffee menu‘s you’ll find at any place with an espresso machine in Portugal.

But don’t worry too much about it. If you don’t like the first cup, you can always ask for another one – and pay for both, unless the boss is a very kind person. Enjoy exploring the wonderful world of Portuguese coffee!

And if you’re heading to Greece anytime soon, read our post on how to order coffee in Greece.

How to Get Tickets to View da Vinci’s Last Supper Painting, Milan

A Guide to the Most Beautiful Cities in Italy to Visit

Geisha and Maiko in Gion