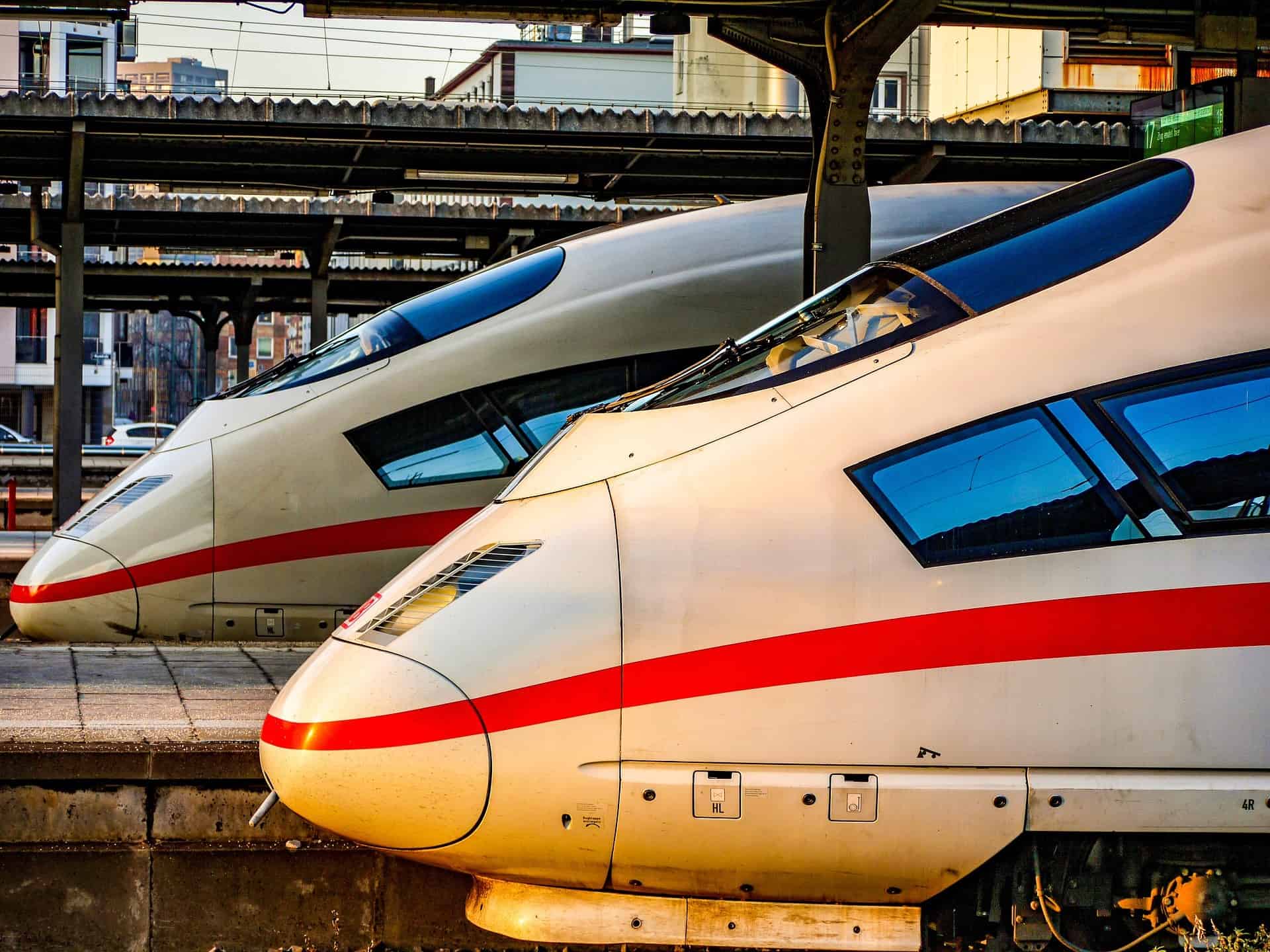 I have just finished my first ever InterRail trip, which was a 22-day trip with an InterRail Flexi Global Pass.

At first, I was confused about how to use this Europe train pass because it seemed complex and difficult to understand. However, like with everything in life, experience changed that, and I got used to the inrail routes very quickly.

When looking at train travel in Europe the common questions that pop up include:

It’s a complicated process to deal with if you’re not familiar with train travel within Europe.

We’re here to help clear up the world of Europe train passes with particular focus on train routes and the InterRail pass vs Eurail pass – so that you are all set for your trip where you’re continuously (and knowledgeably) interrailing Europe and its various routes!

What is the difference between an InterRail Pass and Eurail Pass?

Rule for memory: if you are able to commit just one of them to memory, you’ll always remember the other. Essentially, Eurail is for international travellers and InterRail is for European travellers. It is basically the opposite to how it sounds.

Which Europe train pass should you choose?

There are a variety of Europe train pass options available so it really depends on how you like to travel, your aims for the trip, your budget (not only for purchasing the pass but also for the trip), and the length of time you have for the trip.

This is available for both InterRail and Eurail.  As the name suggests, it covers travel around one country, with the exception of Benelux which covers travel in Belgium, the Netherlands, and Luxembourg.

It is up to you to decide on how many travel days you think you will require. Getting the consecutive pass is good if you want the option of travelling every day. I met a couple who did just that.  If you would prefer to stay in one place for a couple of days or longer, as I often did, you might find a flexible pass suits your needs better.

For InterRail, passes can be valid for up to a month and for Eurail, three months.

How do I book trains in Europe?

This is a frequently asked question once people have secured their InterRail and Eurail Passes. Now it should be noted that it is not always necessary to book your train in advance, just look at the current train timetables and try to get there a little earlier than scheduled. That being said there are certain countries like Spain, Switzerland and France where you have to often book.

You can easily book your train in person at a nearby station, where the bookings spot will be clearly marked – you won’t miss it! You can also book online on the company website (depending on the pas that you have). Or alternatively, you can ask Eurail to book trains for you for an extra charge of €8 on top of the booking fee.

Are there European rail planner apps?

Yes, in today’s technological world, trains have caught up and there is now an official Eurail app. It is a great tool for you to access when you are planning your journey and need to keep up with train schedules. Better yet, it is also completely free to download and it works offline.

Essentially this app grants you access to all of the train timetables of all of the European countries – all at your fingertips. This means that you don’t need to navigate a whole bunch of websites to find your way. The app also has an exclusive section marked “Pass Benefits’ which will show you a number of discounts or freebies available with your pass!

There are two additional options for those who are eligible for Eurail: Select Pass and Regional Pass.

The Select Pass will enable you to travel around 3, 4, or 5 bordering European countries and the Regional Pass, which is classified as usually consisting of 2 bordering countries.

Should you buy a First or Second Class Pass?

This is really down to you. I had a first-class rail pass, which meant I could sit in first or second class.  This is useful if you haven’t made a reservation and first class is full, which does happen, because you might be lucky and find a seat in one of the second-class carriages.  If you have a second-class ticket, you can only sit in second class.  The ticket inspectors will insist you move if you have a second-class pass but are in a first-class carriage.  I witnessed that a few times.

You need to decide where and when to begin your trip.  You don’t have to plan your trip to the nth degree, but it is worth thinking about this.  Your pass will begin on (is valid from) the date you state when you buy the pass.  It is important to get this right because your pass will expire so many days or months after the ‘valid from’ date, depending on which pass you opted for.  There will be an expiry date on the pass, so you won’t be able to use it after that date.

The pass can be used on trains, certain buses, and ferries, either free of charge or for a reduced amount so it’s worth reading up about the benefits of having the pass in various countries as well as the conditions of travel.  There may be times when you will have to reserve and pay for a seat/couchette/bed.  I had to reserve seats on the trains I used in France, some in Italy, and the two-night trains I was on.

Before getting on your chosen mode of transport with your pass, it’s important to know whether you have to reserve and pay a reservation fee.  If so, you will have an allocated seat/couchette/bed.  If not, you can just get on the train or bus and find a spare seat.  You are not guaranteed a seat if you don’t have a reservation, which means you might not have a seat on a busy train.  It is worth being aware of that because I witnessed that on two occasions during my 22 days.  It’s worth noting that in Germany, you can’t reserve first class seats, only second class.

As soon as you get on whichever mode of transport you are using, fill in the pass.  There are two parts to complete.

Firstly, whenever you travel, you need to write the date on the pass itself.  Once you have done that, you can travel on as many trains, buses, ferries that are included in the pass as you like.  My personal best during this trip was 6 train journeys in one travel day (the last being a night train).

Secondly, you need to record each of these journeys on the piece of paper attached to your pass, entitled ‘Journey details’.   A ticket inspector checked and stamped my pass on almost every journey I made so it is important to complete it for each journey.  I always filled mine in as soon as I got on the train or bus.  I never completed it in advance, just in case I didn’t catch the train or bus.  Whether you complete it before or as soon as you get on the train, bus, or ferry you need to make sure you have a pen handy.

Keep your pass safe because you will need it for each trip you take.
Depending on the journey, you might have to give the pass to the ticket inspector.  I had to do this on a night train from Zurich to Zagreb because we were crossing three countries’ borders.  I wasn’t keen on doing so but everyone on the train had to relinquish their tickets until they were due to alight the train.  That is the only time I had to do that.

In practice, the InterRail Global Pass turned out to be a lot easier than I thought it would be. It gave me a lot of flexibility because I was able to hop on and off trains and buses in most of the places I visited.  I changed where I was going at the last minute on more than one occasion and got on trains and buses at the last minute because I didn’t have to buy a ticket.  I only wish the travel period was longer, like the Eurail Passes, so I could have stopped for longer in some of the places I visited.

For more information about the different types of passes available and what each one offers and the conditions, please check out ACP Rail International.