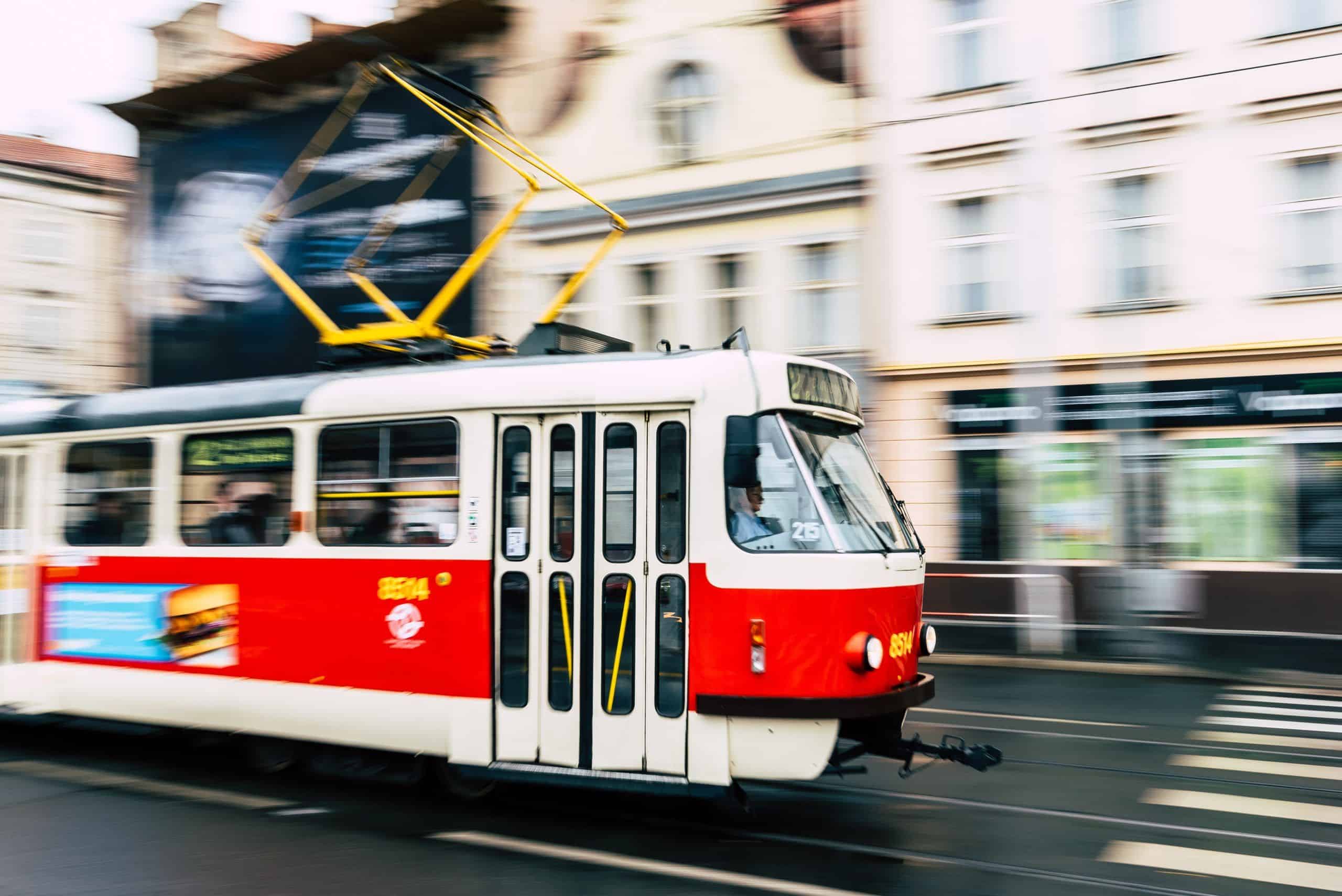 The two main types of Prague public transport that you, as a tourist, will likely use are the tram and the metro.

The tram and bus schedules are posted on the stops, and the metro operates from very early in the morning (around 5:00AM) until approximately midnight. The schedules and connections may also be checked online from the website of Prague Public Transit.

Purchase a 30-minute metro (or 5 stops only) for 18 Kc, 75-minute transfer ticket for 26 Kc, or 180 minutes for 40Kc, at any dispenser using coins (they give change), or tobacco shop. Ensure you always have some coins, because the only way to buy tickets on some stations (or at night time) is to use a ticket machine. Discounted tickets for children up to 15 years are also available.

You may purchase 24-hour, 3-day or 5-day tickets at ticket offices in some metro stations. A 24-hour ticket costs 100 Kc, and may be both cheaper and more convenient than buying separate tickets for each journey. Tickets for 3 or 5 days allow for free accompaniment of one child between the age of 6 and 14 (inclusive). The same ticket may be used on metro, tram or bus, including transfer from one to the other, during its time period. Time stamp your ticket by slipping it into one of several boxes in the tram or bus as soon as you board, stamp metro tickets before entering the stations (imitate the locals), and keep it handy until it expires.

Tickets are not checked upon boarding, but uniformed and plain-clothes ticket inspectors often make the rounds asking to see your ticket. These inspectors, now wearing uniforms, have mostly improved a great deal, and usually speak a fair amount of English and are fairly polite in their difficult jobs. One problem is false inspectors who most often ride the trams between “Malostranske Namesti” and Prague Castle – these deceivers can be detected by asking for the identity card which should be possessed by every inspector. An unstamped ticket is invalid, it will be confiscated, and you will incur a 700 Kc fine. Even though “riding black” seems easy in Prague, you should invest in the cheap ticket, for the simple reason that Prague’s transportation works perfectly, and it functions on the honor system – help it stay that way.

Public transport continues at night. Night trams or night buses (00:00 to 5:00AM) usually come every 30 minutes. Every 15 minutes during this time, trams leave the central exchange stop of Lazarská in the centre of Prague. All night trams go through this stop. You can easily change tram lines here if not anywhere else.

Do not underestimate how close to the footpath the trams will be when they reach the stop. It’s safer to take a few steps back before the tram arrives as wing mirrors could cause injury for taller people. When you use public transport in Prague, keep in mind that it is good etiquette to let elderly people and mothers sit down.