A vacation is all about experiencing things out of your routine, but danger is something most vacationers don’t want to partake in.

Many popular vacation destinations entail a little bit of risk, but serious hazards must always be avoided.

These are a few of the most dangerous countries to visit around the world.

Despite the ongoing civil conflict in Syria, daring tourists from around the globe have attempted to visit this region.

The various militant groups involved in the conflict are often highly suspicious of outsiders. Vehicle hijackings, kidnappings, and terrorist attacks continue to plague the country, especially in the ISIS-controlled area in the east.

Somalia has been effectively lawless for a little over two decades.

Terrorist groups control large swaths of the country and fighting over territorial borders is common, particularly in Somaliland and Puntland regions. Somali pirates have been known to prey on marine vessels off the coast and even those in international waters.

Venezuela boasts a vibrant and diverse culture. However, it is also afflicted by a blend of street crime and government corruption. Muggers and carjackers are quite active at night.

The police themselves are also untrustworthy and sometimes extract made-up fines from vulnerable tourists. These dangers are the greatest in the capital city of Caracas.

The picturesque beaches and tropical climate of Honduras are unfortunately coupled with a sky-high crime rate.

The per capita murder rate of Honduras is said to be the highest in the world. The coastal cities are most affected by this crime. This is largely due to the presence of drug cartels in the area.

While crime is reportedly low in the hermit state of North Korea, there is another great danger to be aware of: the government. Political figures with master’s degrees in diplomacy know it is not uncommon for visitors in North Korea to be detained and interrogated for offenses such as neglecting to bow to a statue of Kim Jong-un.

The risk is greatest at the border area since tourists may be suspected of being South Korean spies. Visiting North Korea is highly inadvisable.

Government authorities and travel agencies usually advise against visiting these countries. Hopefully, the conditions in these places will improve over time and make them safe to visit once again. But for the time being, travelers should seek out their thrills in safer locales.

Now that you know some of the most dangerous countries to visit, which country is next on your bucket list? 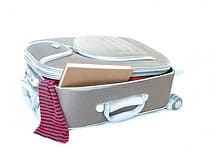 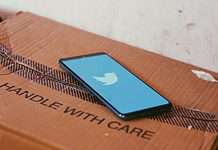 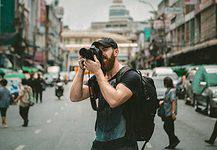 How To Travel the World on a Budget