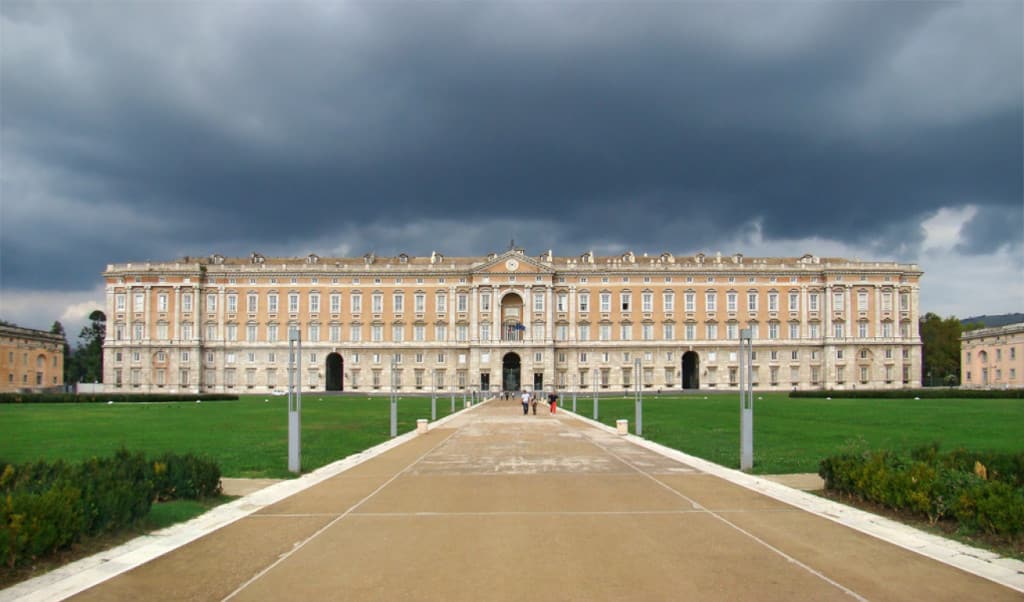 When traveling to the southern half of Italy there are many sights to see.

You might want to soak up the sun off of the Amalfi Coast, visit the ghost town of Pompeii, or even see the volcano that caused its dismay from the Bay of Naples in the bustling city.

But, what if I told you that some of the best sights are off the beaten path that previous tourists have paved? A great example of this is a palace hidden away in southern Italy. Most people know it as “the place they filmed Star Wars”, but there is so much more to it than that!

Nestled away in a small town named Caserta is the Reggia di Caserta, which translates to Royal Palace of Caserta in English.

Caserta lies in the Campania region of Italy, and is located less than an hour from the city of Naples. This region is best known for its rugged coastlines and rich historic sights, which the place is no exception to.

Reggia di Caserta began its construction in 1752 by Charles VII of Naples. The palace wasn’t finished until the 1800’s when his son decided to take over and complete the lifelong project. The finished product came with 5 floors, 1,200 rooms, and a 120 hectares long park.

Today, the palace is recognized as a United Nations Educational, Scientific and Cultural Organization (UNESCO) World Heritage Site. This means that the palace has cultural significance to the country and the citizens that live here.

So, why should you visit Reggia di Caserta?

Overall, Reggia di Caserta is a sight that most travelers do not know about. It is a hidden gem nestled in a town that is a sight to see itself.

Free Walking Tour – What to Do in Berlin in Winter

A Guide to Visiting Bergamo, Italy