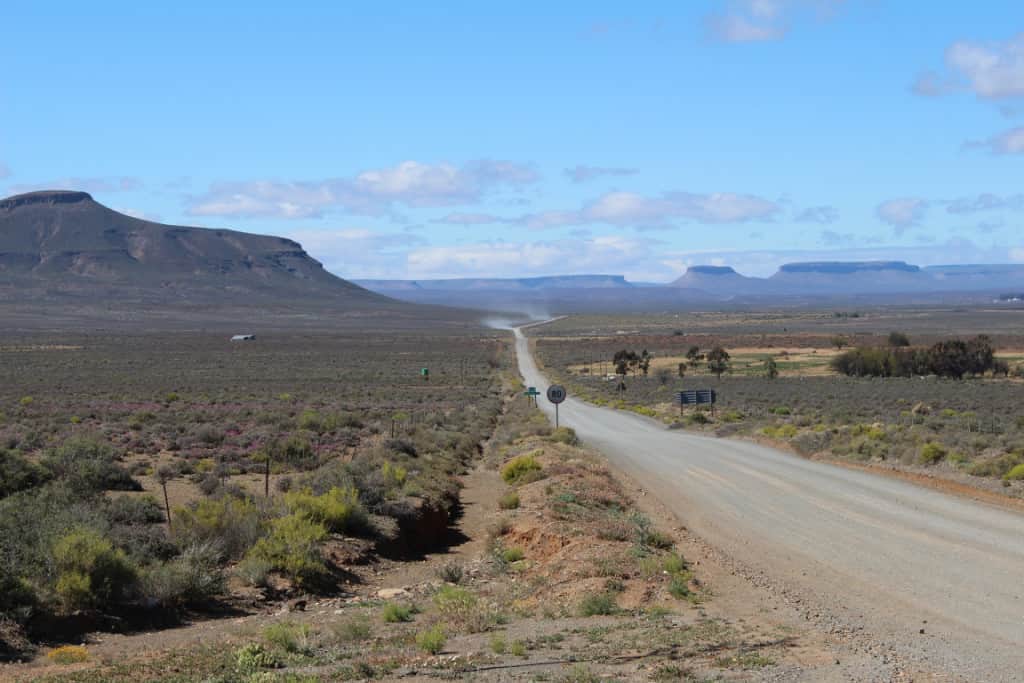 Road trips are a time-honored way to learn about yourself, your friends and special places, one of them being South Africa. Have you ever considered a road trip in South Africa?

We think it’s a great idea, especially as there are so many incredibly scenic routes to take!

Scenic Routes for a Road Trip in South Africa

The most popular and much-loved stops include the Witzand Aquifer Nature Reserve, and the Mission Station in Mamre, one of the oldest, most picturesque churches in South Africa.

Located just a two-hour drive from Cape Town up the west coast, Paternoster is a small fishing village that has a population of just under 2,000 inhabitants. It is the perfect place to take a load off and escape the hustle and bustle of the mother city.

Colourful boats and Whitewashed houses are the trademark of Paternoster, which experiences its busiest season during its local seafood festival in the November when tourists flock to the small town and indulge in the brilliant food sold by the locals.

The route also has fantastic hiking and biking trails, as well as bird-watching and game-viewing sites.

A brilliant place for those fond of rock climbing and hiking, the Cederberg Mountains are located a short two hour drive from Cape Town and are perfect for those looking to rent a car and get away from the hustle and bustle of the city.

One of the areas main attractions is the impressive rock art spread across the mountainous region, offering visitors an insightful glimpse into the pre-historic inhabitants of Southern Africa.

The sleepy seaside town of Hermanus is famous for its whale watching and attracts a number of visitors each year during September, when it hosts its annual whale festival.

It has a reputation as being one of the best places in the country to watch the annual migration of the Southern right whale, who return in their numbers to Walker Bay in late September through early October.

Home to plunging waterfalls, eagles, mountains, forests and canyons, the Panorama Route is one of South Africa’s most under-rated attractions.

Highlights of the trip include the awe-inspiring Lisbon Falls, and scenic landmarks such as Wonder View and God’s Window. You’ll also get to see Blyde River Canyon which, because of its lush subtropical foliage, ranks as the world’s largest “green canyon”.

The Garden Route is a classic road trip in South Africa, enjoyed by generations of South Africans and visitors. Running along the country’s southern coastline, the route is a wonderful mix of ancient forests, secluded artistic communities, craft centers, mountain hideaways and beach-holiday destinations.

Situated between the city of Pietermaritzburg and the uKhahlamba-Drakensberg Park World Heritage Site, the Midlands Meander takes you through a thriving arts and craft region. The route is home to talented makers of furniture, rugs, pottery, stained glass, leatherwork, kites, quilts, hammocks, ceramics, décor, wind chimes, weavers and more. It also has great stops for horse-riding, hiking, tubing, swimming and biking.

Cape Town is known for the most breath-taking scenic drives. You have an endless selection of mountain passes, beach roads, long roads and farm areas.

Sundays are traditionally known as the day for scenic drives with the family. With the busy schedules and fast pace lifestyle people lead today, a day out driving through Cape Town’s best locations is the quickest way to get your mind off the stressful week ahead.

Here are some of the best scenic routes you simply have to try. Even if you don’t own a car, you just have to rent a car to complete the experience of feeling wind through your hair as you drive between the coast and mountain.

This has to be one of the most popular drives Capetonians enjoy. Chapman’s Peak Drive allows drivers the chance to explore the beautiful mountain pass and has 114 curves as it leads you above the coast. The drive offers amazing panoramic views. Be sure to pack some cash for the toll gate.

This route must be one of the most visited in Cape Town due to its close proximity to the city centre. Beach-goers, kite flyers, runners and those just looking to catch a bit of fresh air pass through here on a daily basis. However, if you’re looking for a quick escape, take Victoria Road through Camps Bay all the way to Hout Bay.

On your way you’ll discover numerous spots for a pit stop or two. Don’t forget to bring your camera along to capture the perfect views. Once in Hout Bay, make a stop at the local harbour where you can either find the freshest catch of the day or simply enjoy some famous fish and chips at the local Fish on the Rocks Restaurant.

If vineyards, open green pastures and the country side is what you fancy then the Cape Wine Route is absolutely the route for you. Who doesn’t love the beauty of vineyards and wine making? Cape Town is known for internationally award-winning wines that you simply have to sample. The city has about 18 wine routes for you to enjoy. Pick your preferred destination to explore, from Constantia, Franschoek to Stellenbosch. All of these locations include wine estates open to the public to indulge some wine pairing.

One of the oldest towns in South Africa, Franschoek was founded by the French Hugenots in 1688 and has a remarkable history to explore. As an ode to the town’s heritage, Franschoek celebrates the popular Bastille Day annually ever since the end of apartheid in 1994.

Franschoek is also one of the richest wine regions in the Western Cape and has a brilliant array of guesthouses and restaurants suitable to anybody hoping to rest after a long day on the road.

Just a short drive from Cape Town, Stellenbosch is not only a vibrant university town with lots to do, the surrounding area is also one of the main wine-producing regions in South Africa.

Cheese and wine tasting is a popular pastime in Stellenbosch and the town is home to some of the major brands of South African wine as well as some of the smaller boutique farms, offering a plethora of options to any wine-lovers.

Easily one of the most beautiful areas of South Africa, the Western Cape’s Overberg region has a number of attractions that are sure to catch the eye of tourists.

With its rolling hills and wheat farms inland and its picturesque coastline, the Overberg region offers an escape from hectic city life and is the perfect place to plan a road trip.

The Overberg: the ‘Breadbasket Of South Africa’

Heading east from Cape Town, the Overberg has long been known as the breadbasket of South Africa due to its high production of wheat. The area is also one of the main breeding grounds for South Africa’s national bird, the blue crane, which breeds in the wheat fields during the month of October.

The Elgin Valley is another major farming community in the region and produces a significant proportion of the country’s fruit for export. Renowned for its apple and peach orchards, Elgin contributes about 60 percent of South Africa’s apple production.

The Fishing Village of Gansbaai

These massive farming areas provide an ideal backdrop for anyone traveling the winding Overberg roads. But, the area’s charm is not limited to the interior; the coastline is one of the most picturesque in South Africa.

The small fishing village of Gansbaai attracts a significant amount of tourists throughout the year because of their large population of a variety of shark species, particularly the great white.

Shark cage diving is the main attraction in Gansbaai, and thrill-seeking visitors can enter a steel cage and dive with these massive predators in their natural habitat.

The Seaside Town of Hermanus

Another great destination along the coast is Hermanus. This seaside town is especially popular during the months of September and October during which it hosts the annual whale festival.

The festival coincides with the migration of the Southern Right Whale to Walker Bay and visitors can see these huge mammals returning to colder waters for the summer.

Further up the coast is Cape Agulhas. Located just over 200km from Cape Town, Cape Agulhas is the southernmost tip of Africa, and is arguably the most famous attraction in the region.

Often confused with the Cape of Good Hope, Cape Agulhas is the true tip of Africa and was discovered by Portuguese explorers in the late 15th century. It is considered one of the Great Capes of the southern hemisphere, along with Cape Horn in South America and Australia’s Cape Leeuwin.

One of the more striking coastal roads in the country, the R44, is not to be missed on your drive through the region and is home to the Kogelberg Biosphere Reserve, a vast and impressive mountain range that spans a large part of the coastline.

Pringle Bay, Betty’s Bay, Kleinmond and Grabouw are all found along the road and offer the perfect opportunities to take a rest.

As year-round tourist destinations, all of the places mentioned have a number of accommodation options if you are looking to break up your trip.

Hermanus and Gansbaai, in particular, have budding backpacker cultures due to the numerous foreign visitors they receive, and are probably the best options if you are looking to spend the night somewhere.

There are so many options for a great road trip in South Africa! It’s time to hit the road – and don’t forget the padkos (translated to ‘road snacks’).

A Foodie’s Guide to Namibia Food

Canoeing in Mauritius: Scenic and Adventurous

Top Tips for Traveling to Marrakesh