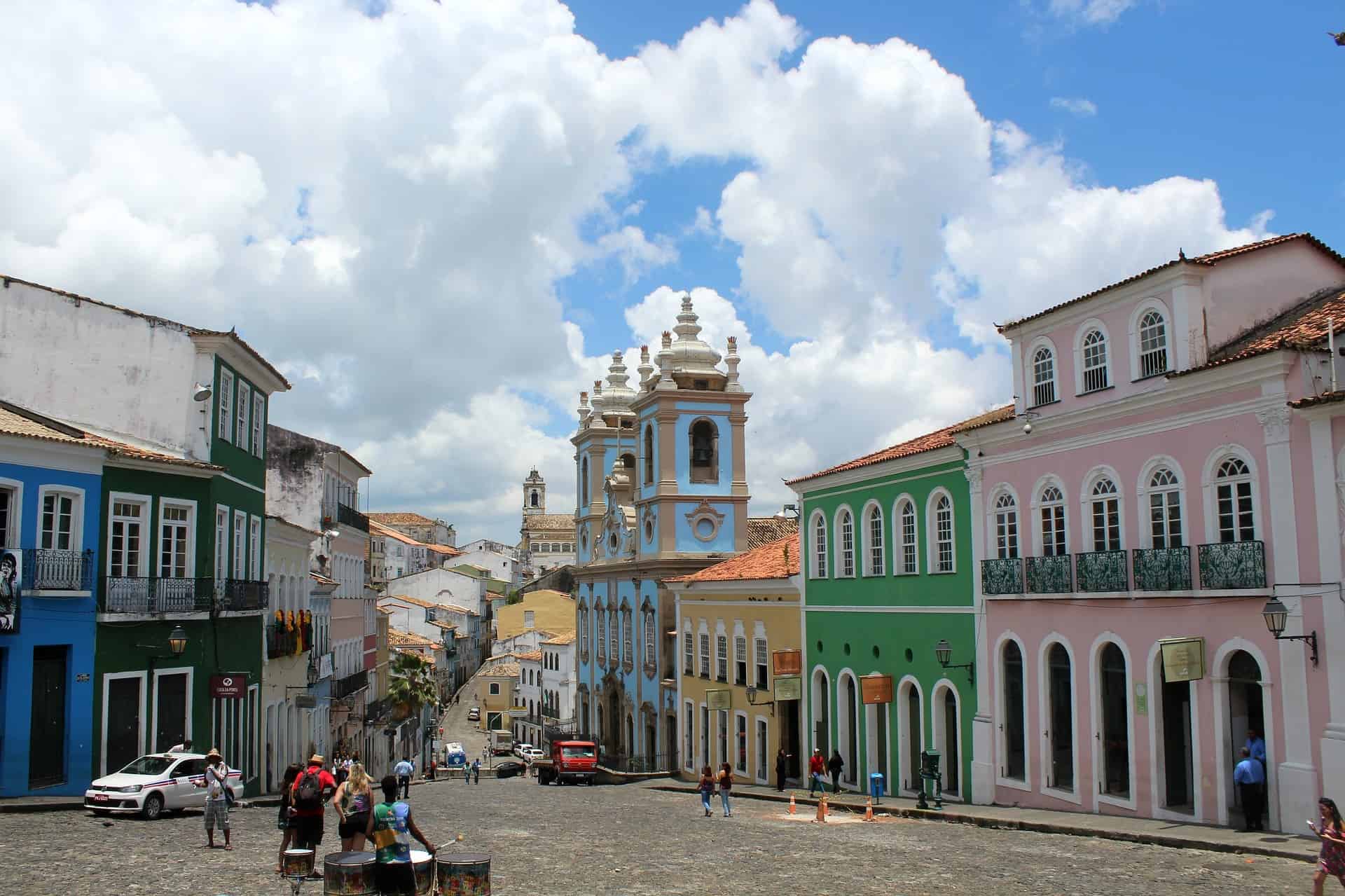 Salvador is the capital of the state of Bahia, Brazil. With a charming Old Town (a World Heritage Site), a vibrant musical scene and popular Carnival celebrations, it is considered one of the birthplaces of Brazilian culture.

Founded in 1549, Salvador was the capital in the heyday of the slave trade. The legacy remains today in its large black population, and the resulting culture in many ways outshines the rest of Brazil; in music, many of the greatest names from the mid-20th century to the present hail from Salvador, such as Dorival Caymmi, Gilberto Gil, and Caetano Veloso. In literature, the late Jorge Amado was also from the region.

Salvador is a vibrant, exciting city, and its people are quite friendly.

Salvador is on a peninsula which shields the large Baía de Todos os Santos (“Bay of All Saints”) from the Atlantic Ocean. The city is the third largest in Brazil, sprawling for dozens of kilometers inland from the coast. Most visitors head for the coastal neighborhoods that cluster around where the bay meets the ocean.

A 100m cliff runs along the entire bayshore, dividing the city into Cidade Alta, up on the cliff, and the Cidade Baixa down by the bay. The former features Pelourinho, the old city center that packs historical sites, colonial architecture, museums, restaurants, bars, hostels, artisanal shops, and music/dance/capoeira academies into a convenient, albeit tourist-swarmed, set of winding cobblestone streets. The latter features a commercial center with lots of bus traffic coming in from all over Salvador.

Check out the below activities in Salvador:

Outside of this area, there are many beach districts that stretch from the tip of the peninsula northeast along the Atlantic coast. The Barra neighborhood at the tip of the peninsula is the main alternative jumping-off point to Pelourinho, and a little further to the northeast are the hip neighborhoods of Rio Vermelho and Amaralina, which feature a nightlife less geared to the foreign tourism industry. A decent bus ride beyond these is the neighborhood of Itapuã, which has an energetic beach side nightlife and relatively few foreign visitors. Northward from there are kilometers and kilometers of gorgeous beaches, all accessible by bus.

The bayshore coast north beyond Pelourinho features a more tranquil atmosphere and a locally patronized, though less scenic, beach life. The interior of Salvador is where the “new city” has developed, full of residential neighborhoods, shopping megaplexes, and knotted highways, all of which can be quite alienating without actually having a friend to show you around.

Where to go in Peru Besides Machu Picchu

The Most Annoying Things Airline Passengers Do