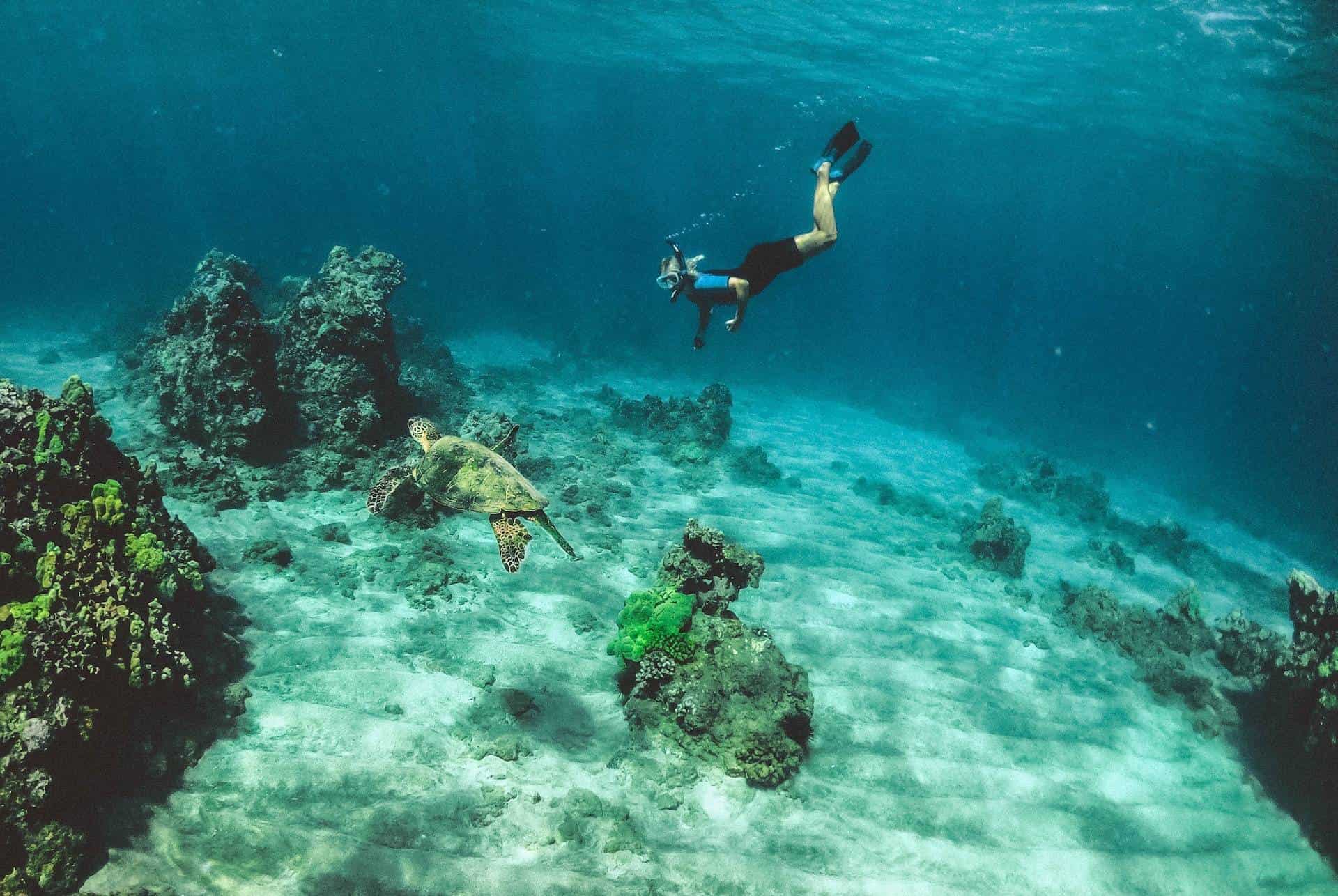 Diving, playing around in paradise and exploring while snorkeling can be the memory of a lifetime. If you live in the United States, you’ve probably already heard that the snorkeling in the Florida Keys is fantastic. However, if you travel further afield, the snorkeling in Costa Rica rivals the best in the world.

This place has the reputation of being one of the best places to go snorkeling in Costa Rica.  Accompanied by the fine sandy beaches, coral reefs, gentle waves right near the surface of the sea truly gives leeway to make this region in Costa Rica a true heaven for the nature lovers, as well the underwater adventure seekers. This wildlife refuge location has little coves and islands all over the place, which will make the perfect spot for attracting the marine life. When you are snorkeling down here, expect to see dolphins, sea turtles, crocodiles, manatees and much more within the waters.

This place has one of the prime, living coral reefs with actually over thirty-five species of coral positioned on the coast of Costa Rica. Now, this costal park backs up to an actual 5.6-mile trail off the shorelines.  If you travel to the very end, you will find a heavenly spot home to the best location to snorkel, which is named Punta Cahuita.  It’s also key to remember to try and visit this specific location more so during the drier months because this specific location tends to get a lot of rainfall, so it would be in best interest to try and visit Cahuita National Park between September and October.

Now, this specific reserve holds many different locations that will aid to the beginners, as well the quite experienced scuba divers and snorkelers.  Located right in the Pacific Ocean, this specific reserve has some of the purest waters around. Rivaled only by the 180-200 ft. of visibility in Maui, Hawaii , Cano Island BioReserve offers great visibility of anywhere from 30 to 100 feet year-round!  Isn’t that boundless?  I mean, my goodness, it sounds like a never-ending nirvana!  A nice key note to always keep in mind is to be prepared that while underwater, you will more than likely run into abundant schools of fish!  Visitors from the past have often spoken about how there were bounds of fish everywhere, swimming right along with you!

This place holds a depth of 20 to 80 feet and holds the name of “Devils Rock”.  This place actually lies just a little over a mile from Costa Rica’s shoreline and here, snorkelers can reach enormous rock pinnacles that spread to the ocean floor, creating a most unbelievable underwater landscape full of gorges and peaks!  This is quite the flawless spot for celestial and mysterious adventure.  Could you imagine what a person may discover in those hidden valleys?  Keep in mind that a large number of shark species can most definitely be found here, which include nurse sharks, bull sharks, and if you “dig” hard enough, you could very well run upon the intangible whale shark!  Oh, the joys!

Check out the below tours that include snorkeling in Costa Rica