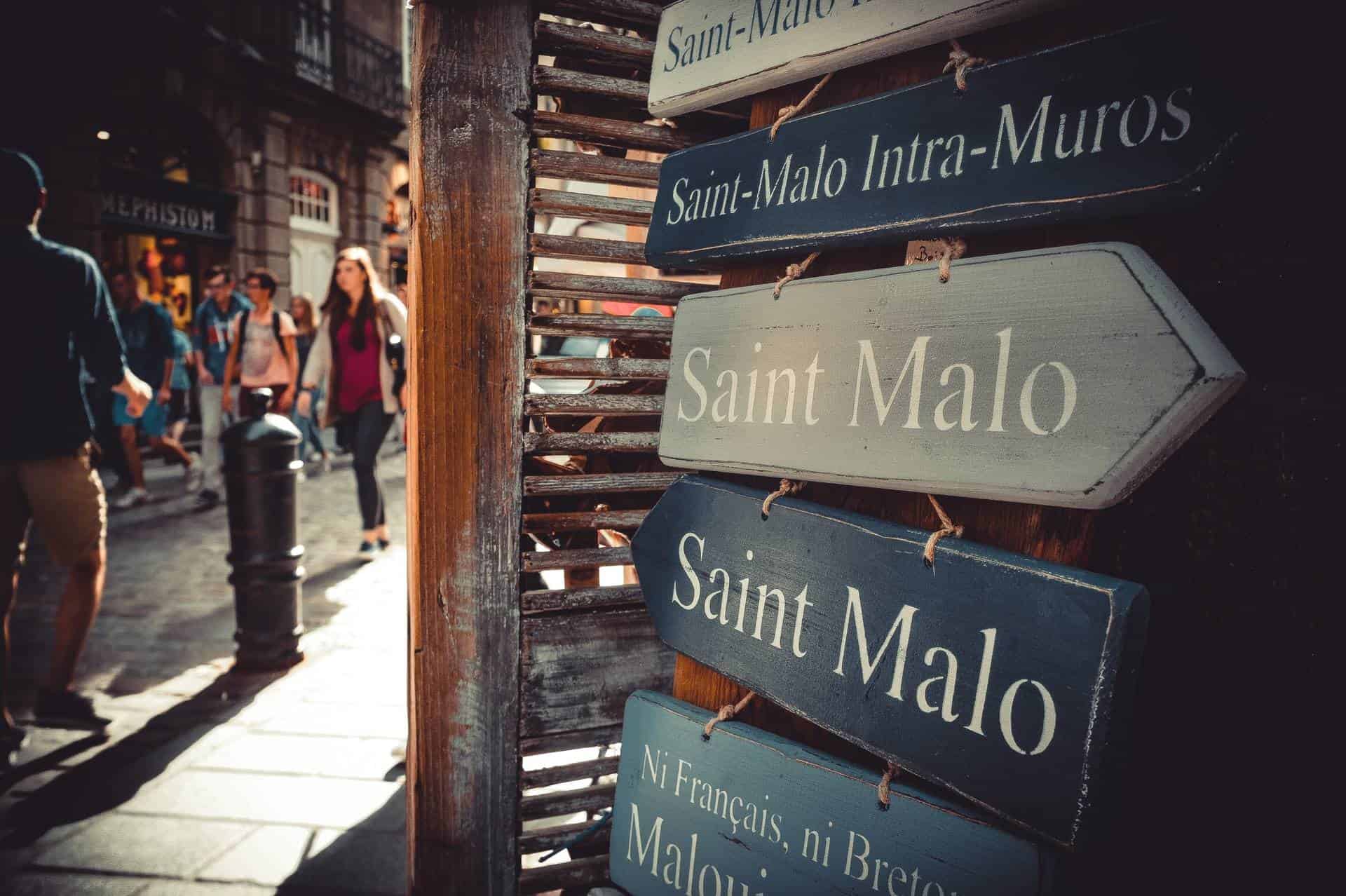 Ferries sail to the Channel Islands and across to England, but in years gone by this was a vital sea port for the French, and was almost destroyed by fire in 1944 during the liberation battles that were fought along this entire coastline.

Once the feared base of pirates (corsairs), heavily fortified against Norman (or English) attack, today’s Saint Malo is one of the top tourist draws in Brittany.

The star of the show is the atmospheric walled city (intramuros), largely destroyed in the second world war but painstakingly reconstructed. The modern towns of Parame and Saint-Servan lie outside the walls.

Saint Malo has a good bus system, with the main terminals located at the train station and just outside the walls (St Vincent). Get a booklet with maps and times from any bus driver. A one and a half hour ticket costs €1.05. Unfortunately there are no bus services late in the evening. The walled city is easily covered on foot, but you can also opt for a dinky “Tourist Train” that takes you and your wallet for a ride (€5.50).

We arrived in mid-morning, and headed straight for a croissant and coffee. Before 11am the sun stays well hidden behind the high walls of the tall buildings, and the long shadows keep the morning cool and breezy. Speaking of the wind, however calm it might feel within the shelter of the city, once on the walls (for that’s where you’re bound to head soon) the breeze increases significantly, especially on the western flank of the walls.

It is easy to stroll along much of the old wall and admire the views both inwards at the old city, and outwards at the crashing waves. There is a fortress at the northern end of the city, accessible only at low tide across a rocky causeway. We made it across to the entrance but sadly were not able to wait for the site to open.

As with much of our experiences along this coastline, there was a thriving tourist trade that was overwhelmingly dominated by domestic visitors. The city is full of attractive looking restaurants (including what looked like a very impressive sushi bar) and really was worthy of a whole day of exploration. In fact, Ryanair fly to nearby Dinard, and should folks from southern England wish to spend a weekend in this area courtesy of a cheap flight offer, they’ll be in for a treat.

I don’t profess to be a photographer with that ‘special eye for a picture’, but I do think we timed our entry into the city’s cathedral to perfection. As we walked into the hugely impressive building and allowed our eyes to adjust to the dim light, we looked up in wonder as the sun shone through the stain glass and cast the most dramatic light patterns across the dark red sandstone bricks. No doubt it’s something that the regular visitors to the cathedral take for granted. But for us one-time tourists, it was a truly spectacular light display.

Looking for more towns to explore in France? Check out these posts:

How to Build an Igloo