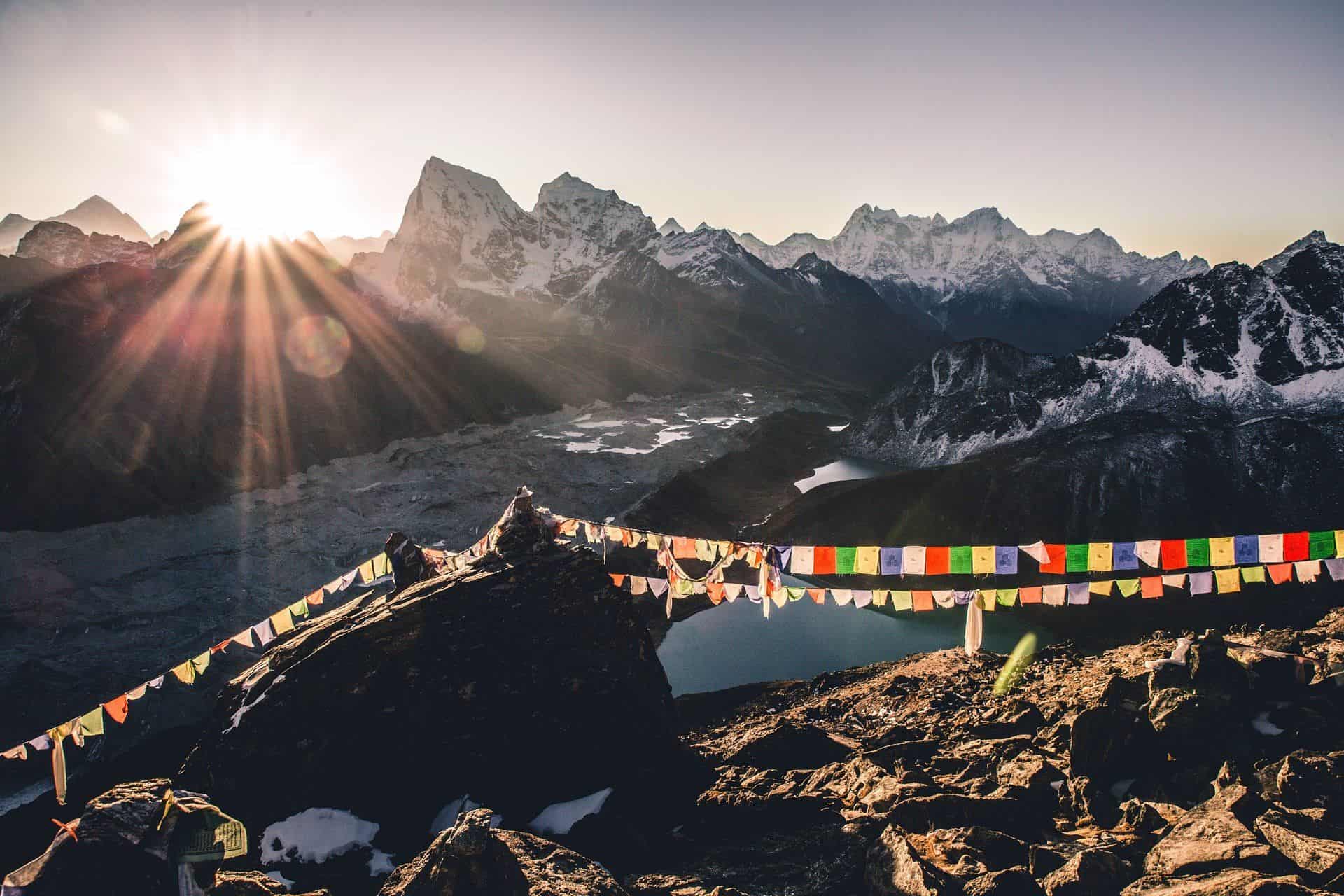 A small country squeezed between the Indian and Chinese borders, Nepal with its 30 million people is a tremendously multi-ethnic society with over 100 ethnic groups and 92 different languages.

It is as fascinating as it sounds, but what struck me the most during my visit is the following interesting cultural facts about Nepal.

1) The Swastika and David Star: Don’t get surprised if you see them together

As I was walking in one of the side streets in Kathmandu, I was astonished to see the Swastika crafted on the gate of tiny little temple together with the Star of David. It intrigued me for a few days after, as I kept seeing it frequently across the city, till I decided to ask a local.

And it turned out that both are … purely Hindu symbols!

2) The Sand Mandala: A reminder that nothing lasts forever

While in Nepal, you will come across mandalas displayed in every corner of the country: in shops, restaurants, streets, Mandalas are one of the most beautiful colorful geometrical designs your eyes would ever see. Usually printed on cloth or paper, the Mandala is a spiritual symbol of both Hinduism and Buddhism used for meditation. Its circle shape comes in different colors, with meticulously painted patterns and symbols.

But what was so unique to Nepal is the Tibetan Sand Mandala. Building one Sand Mandala requires a team work of several monks and it takes several weeks to construct due to its complicated and detailed structure. After its completion, the Sand Mandala is used by Tibetan Buddhists for a one time meditation, only to be totally destructed straight after. Its destruction is a symbolic way to commemorate the Buddhist highest value of “detachment” and the ephemerality of life and the world.

The Nepali cuisine does not have much varieties, but the country’s traditional dish, the Dhal Bath, is so full of flavors, spices and above all, very fulfilling and healthy. What was surprising is that all Nepalese eat this quiet heavy meal at least twice a day sometimes even three times. The Dhal Bath comes on a tray with five small bowls containing lentils, cooked vegetables (or chicken), curry paneer (a Nepali cheese), steamed spinach, chili sauce, pickles and a large bowl of rice in the middle. It is eaten essentially around 10 am, then again around 5pm.

Nepalese must eat using their right hand, as it is considered gross and culturally disrespectful to touch food with the left hand. The reason for this fact about Nepal? … This is the hand reserved for cleaning in the relaxing room, to put it nicely 🙂

One particular shop caught my attention as I was wandering in the narrow streets of Kathmandu. It read “established in 2051”. At first I thought it was maybe my eyes that couldn’t see, or a joke!… But no! A few days later as I continued my trip to visit the beautiful city of Pokhara, a celebratory atmosphere was taken over the streets. The big day came!

It turned to be the Nepali New Year’s Eve, in April! Celebrating the beginning of the year 2072.

Nepal uses Lunar months and Solar sidereal year, hence they ended up 57 years beyond us. One of the super interesting facts about Nepal!

5) The Stupa: The thirteen stages to enlightenment

The Stupa is a geometrical construction that stands in many squares across Nepal. The biggest and most sacred of them all for Buddhists are found in Bouddhanath and Swayambunath (a must visit although partialy destroyed after the earthquake).

The Stupa consists of a dome that symbolizes the Universe, with a cubical construction over it on which the Buddha eyes are painted on the four sides. The whole thing is topped with pyramid like structure consisting of 13 pinnacles, which are believed to be the 13 different stages one has to go through in order to reach enlightenment.

The two Buddha eyes represents wisdom and compassion, with a third one painted in between radiating his light to guide those seeking enlightenment.

6) The Moon and the Sun: The world’s only non-rectangular flag

The shape of Nepal’s flag is the most unique in the world. Unlike others, it consists of 2 non-identical triangles symbolizing the Himalaya Mountains, including the Moon on the first part and the Sun on the other. There are many interpretations of these 2 symbols, the most common is the moon representing the cool weather of the country, while the sun the fierce resolve of its people.

7) The Freak Street: The cradle of the Hippie movement?

Many foreigners who have been living in Nepal for years would tell you that it’s right here, in this narrow street next to Kathmandu Durbar Square called Freak Square, that the Hippie movement was born in the 60’s.

What is sure though, is that the Freak Street was the epicenter during the Hippie trail in early 60’s with most of them living there. At that time cannabis was legally sold by government-run shops in the Freak Street, which made of it a kind of Hippie Nirvana.

Nepal is still one of the top destinations for bohemians, artists and hippies. And although cannabis is not legally sold anymore, you can spot the plant in mountainous areas across the country, and the hemp is widely used to make durable bags, slippers and bracelets, a must buy especially when in Pokhara.

Excited to explore the interesting Nepali culture learn more facts about Nepal in person? Search for flights now, and get booking! Book your accommodation in Kathmandu in advance to make sure you get a good spot!

Sensoji – Asakusa Kannon is the Biggest Buddhist Temple in Tokyo...

Traveling by Rail in Japan with JR Pass