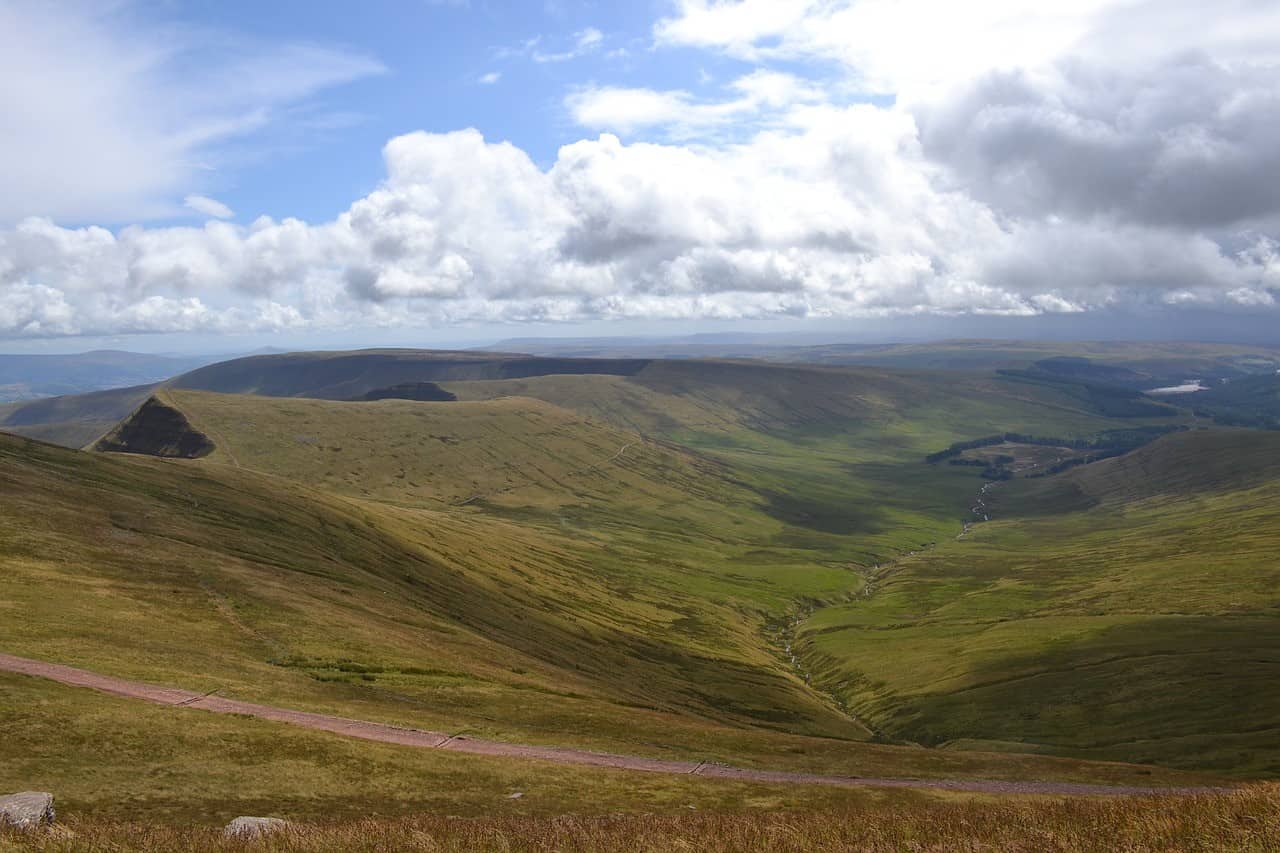 If you’re looking to explore South Wales by bike, the Taff Trail is a 55-mile trail (88km) that takes you south from Brecon to the waterfront of Cardiff Bay.

Featuring a mix of urban and rural pathways, the trail passes through towns and villages that still display relics of their industrial heritage.

Related Read: Some of the Best UK Cycle Routes

Who is the Taff Trail suitable for?

The trail is suitable for most levels of fitness, although it’s long so if you’re thinking of completing it in a single day, pack adequate snacks and water, a basic repair kit should your bike get damaged, wet weather gear if the Welsh weather takes a turn for the worse, and in case of emergency a mobile phone, some cash, and a credit or debit card.

The route of old tramways, railway lines, canals and towpaths mostly consists of off-road sections, but does feature short on-road sections, fire roads, and gravel and forest paths meaning you’ll need tyres with at least a little grip. Slicks won’t really do here especially if the trail areas are wet. As the Taff Trail is shared by walkers, cyclists and the occasional horse rider, a bell will also come in handy for making your presence known.

The trail is well signposted for most of distance, but occasionally mischievous locals get their kicks by tampering with them, with hopes to send trail users in the wrong direction. If you’re in any doubt, this route guide has been produced by the charity Sustrans who also help to maintain sections of the trail and make it safer for cyclists. You can also buy the Taff Trail Guide: Fully illustrated and detailed route planner which includes a map – buy on Amazon.

The trail leaves Brecon, passing through Llanfrynach and Pencelli, then through The Brecon Beacons, Talybont reservoir, Torpantau, and Garwnant. This stretch is amongst some of the nicest scenery allowing you to take in the green and natural beauty of The Brecon Beacons. From Garwnant, it goes past Ponstsicill reservoir, Pontsarn, and the Cefn Coed viaduct before reaching Merthyr Tydfil.

With the occasional pub, café and shop along the route, there are opportunities to stop, rest and grab a bite to eat.

Leaving Merthyr Tydfil, the route passes Abercanaid and Pentrebach followed by Aberfan and Pontygwaith before reaching Quakers Yard, Abercynon, and Pontypridd. At this point the end is not too far away, but if you don’t feel like cycling the last stretch, train services run fairly frequently from Pontypridd, Trefforest and other stations along the line. Most trains will allow you to board along with your bike, but check for restrictions on certain days especially where there are events happening in Cardiff. At Pontypridd, make way to Penrhos and then to Taffs Well and Tongynlais where, if you’re feeling energetic, you may want to challenge yourself and cycle up the hill to the fairytale castle of Castell Coch nestled on the hillside.

If you don’t fancy the hill ride, carry on toward Radyr and Cardiff making sure to look back along the way to catch a glimpse of Castell Coch. As you near Cardiff Bay, you’ll pass through Bute Park and view Cardiff castle and the Millennium Stadium before following the last stretches of the Taff River to the end of the trail where you’ll have a well-deserved rest.

How long does it take to cycle the Taff Trail?

How long it takes you to cycle the Taff trail depends on how often you stop and your fitness level. The full 55-mile (88km) trail is easily accomplished in a day for someone of average fitness. Keep cyclists could probably do it in under four hours.

Spending time in Cardiff? Check out these posts: