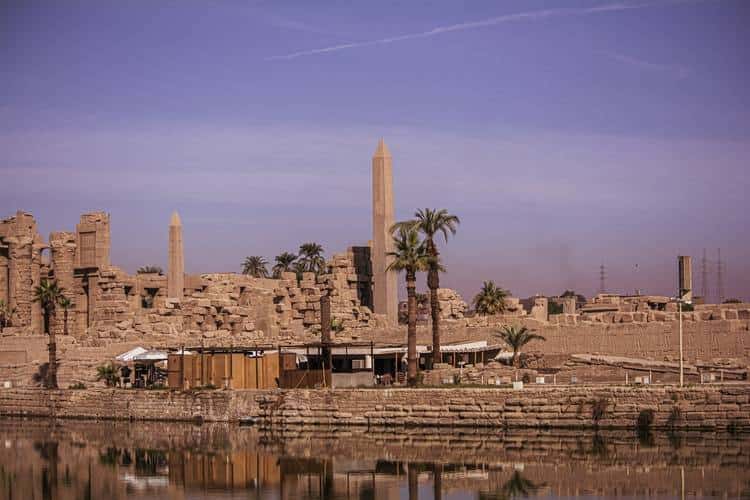 Luxor is found in Upper Egypt on the banks on the River Nile and it is the starting place for most Nile cruises.

If you’re thinking about heading to this Egypt destination, we’ve got everything that you need to know in our Luxor travel guide.

Tourists arrive from direct flights from the UK or alternatively via Cairo. On the other hand, you can get daily trains which go overnight from Cairo 400 miles to the north and onwards to Aswan.

While it is a departure place for Nile cruise trips, holidaymakers who choose to remain at one of the hotel rooms in Luxor will have loads to visit on account of the variety of archaeological treasures in the area. The Nile makes its way through the middle of Luxor and the individual sides of the river are called the East Bank and West Bank.

The East Bank is where almost all the hotels are located and the principal points of interest in a historic angle would be the Temples of Karnak and Luxor that are to the north and south of the metropolis, around two miles apart. Also located on the East Bank are the Luxor Museum and Museum of Mummification. The Temple of Luxor is also worth going to during the night with its atmospheric lighting and fewer people, it possesses a distinctive feel about it.

The West Bank is considered to be the entry to the Valley of the Kings which is most well known as the location where the Tomb of Tutankhamen was discovered by Howard Carter in 1922. One more important site is the Valley of the Queens which includes the Tomb of Nefertari amidst its treasures. In addition there are lots of other locations of interest yet a highly encouraged activity is a morning balloon journey over the ruins of the West Bank giving people a different point of view on the magnificent historic riches on offer when they travel to Luxor.

Not to miss highlights in Luxor, Egypt

Luxor is a good base to this site of a fantastically well-preserved Ptolemaic temple of Hathor. A number of hotels organise such day-trips – you don’t need to be staying with them to use these services. For those with more time on their hands you can add a visit to the Temple of Seti I at Abydos, featuring some of the best relief work in Egypt. This is a lengthy road trip from Luxor, but can be combined with a day trip to Dendera.

The city is also a good staging post for onward travel through Upper Egypt and on to Aswan and Abu Simbel.

Bargaining at the markets in Luxor, Egypt

There are at least two different markets in Luxor. One is located in an air-conditioned hall, with shops located on either side of the hall. This market hall connects two major streets.

The older market takes up several streets near the Luxor temple. It is a joy to walk through, as it is mostly pedestrian and is a welcome respite from the horse and carriages on the main streets. This market really feels like an old souk and the visitor is taken back in time. It is covered with a wooden trellis, shading people from the sun. Many of the shops offer the same items, so the wise buyer shops around and looks for the best price. One can often bargain better after going to several stores.

Once you find a merchant you like, sit down, have some tea, and begin the game of bargaining. It can feel like you are becoming a part of the family. Buying something as simple as a cotton galabeya can take several hours, as you try on almost every single galabeya in the store, and then move on to items that they think you may want for the rest of your family.

Buying anything may be very frustrating due to constant bargaining if you are not used to it. This trick has proven to work well: usually their first offer for the price is at least five times, but it can be ten or even a hundred times bigger than a reasonable price. First decide what you are actually willing to pay. Let us say that in this example it is 20LE. If you ask for the price, you may get a reply “120LE”. Now you offer 22LE. You may then be offered something like 110LE. Then instead of going up, you start going down with the price, your new offer will be only 20LE (your predefined price limit). If the bargaining continues you continue dropping your offer. Pretty soon he will understand where the bargaining is going and you get a comfortable price or – at least – you get rid of the vendor.

Luxor is also known as the Hassle Capital of Egypt

Stay Alert, Luxor is known as the hassle capital of Egypt (and therefore a good canditate for the world).

For those not on fully organised tours, please be aware that touts can make sight seeing very frustrating. (Although they tend not to stray into the actual temples.) It is wise to pre-book accommodation to save yourself the trouble of having to deal with the touts at the stations.

As tourism is the main source of income in Luxor, and has been for centuries, many people have made scamming into an art form. Which is why every Luxor travel guide needs to include some information about the scams that you may come across.

Some of the older tricks in the book:

Find out on your own whether something is open or closed, whether you’re walking the right way or not. Ask a local, NOT taxi or caleche driver.

Women traveling without company should exercise extreme caution whilst seeking budget accommodation in Luxor. Several reports have been made of sexual assault after women were given spiked drinks by hotel touts and staff.

Merchants in Luxor are notoriously aggressive and manipulative. If you don’t want to be talked into buying anything, it’s wise to completely ignore any attempt by a local to strike up conversation, no matter how benign it may seem. In shops and the market, the phrase “No Hassle” can often be used to avoid unwanted attention. If you would like to be polite, it is also appropriate to say “Laa Shukran“, meaning No Thanks in Arabic. Being polite will make your life easier, as people will remember you if you were rude and may hassle more later. If problems persist, threaten to call the tourist police with the phrase “You’re a hustler!“

On the streets, you may find it easier to feign ignorance of English: “Non Speakee Engleezee” and/or “Non Parlee Arabee” seems to be the most reliable way to show you are not interested in their offers. This technique can however backfire quite spectacularly as most egyptians speak several languages, so if pressed claim to speak something obscure like Azerbaijani or Ossetic. If you do speak an uncommon language like Persian or Albanian or an Eastern European language, make sure you start talking to them in that language. If you don’t, practice faking it and do so in their presence. This is the fastest and easiest way to get rid of the touts.

Depending upon the perception your profile creates, you may be asked, sometimes within minutes of exiting your hotel, if you would like to purchase drugs or sex. Remember, prostitution and drug use are not taken lightly by government authorities. For Gay travelers, extreme care should be taken when propositioned by a sex worker. Egypt has a well documented record of Gay men getting caught up in entrapment schemes.

If you adore ancient Egypt, Luxor is the location to visit. We hope that you found our Luxor Travel Guide to be useful. 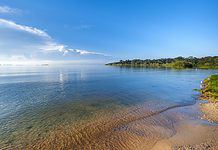 The Biggest Tourist Attractions in Uganda 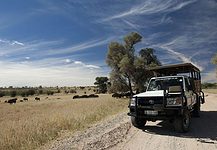 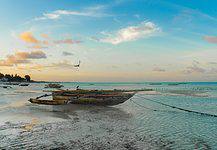 Exploring Mafia Island Tanzania: The ‘Far From Everything’ Place!

A Foodie’s Guide to Namibia Food

What is Madagascar Known For?

Mauritius: The Island of Incredible Colors