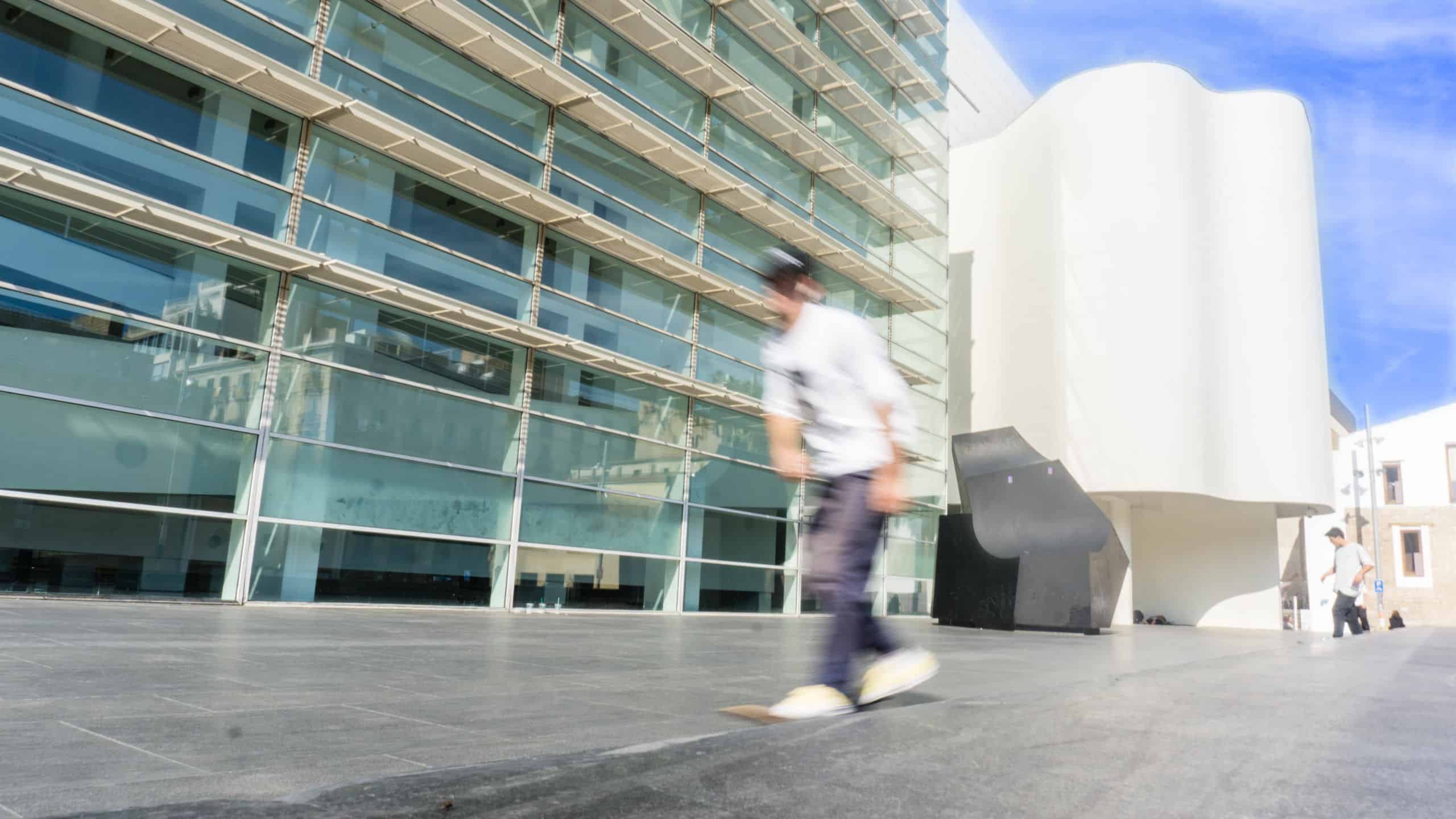 Barcelona, the cosmopolitan capital of Spain’s Catalonia region, is known for its art and architecture. It’s a vibrant and eclectic European city attracting thousands of travelers to explore its history, culture, food, and exhilarating city life.

There is so much to explore in Barcelona, from its churches and historical buildings to museums, shopping and beaches. It’s easy to get a bit overwhelmed while planning your Barcelona itinerary, which is why we have created the ultimate Barcelona activity guide. Pick and choose what you want to get up to according to your interests.

The first tip for travelers to Barcelona is to get the Hola BCN public transport ticket, this ticket will allow you unlimited access to all of Barcelona’s public transport (including metros, buses, trams and suburban trains). You can choose between a 2, 3, 4, or 5-day ticket depending on how long you are in the city for. You buy the ticket online before you go and then just collect the card at any tourist information point.

Things to do in Barcelona

When your time is limited or you’d just prefer to have someone take you around and show you the ropes, then the best thing to do is join a tour. There are loads of different tours available in Barcelona, varying from mode of transport to the different areas as well as a few niche tours for specific interests.

For the energetic bunch, there are bicycle tours which cover the major highlights. Most are about two to three hours, but if you’re fit enough and want to really dig into Barcelona’s culture, then join the 6-hour bicycle tour. Otherwise, join a walking tour or Segway tour.

And if you’ve covered all of the city highlights and want to spread your wings a bit, there are a few tours of nearby destinations. Popular destinations include Monsterrat, a famous mountain range that you can travel by rail to. Another nearby spot is Costa Brava, where you can go kayaking and snorkeling or you can just do a boat tour around Barcelona’s port.

Here are a few of the top tourist attractions in Barcelona to include on your list.

The Basílica i Temple Expiatori de la Sagrada Família is a large unfinished Roman Catholic church in Barcelona, designed by Catalan architect Antoni Gaudí. The church is absolutely stunning inside and out. If you have even the slightest interest in churches, then this one should most definitely be on your must-visit list. It can get quite crowded, particularly during the high season so make sure to buy your tickets online before you go.

Get tickets for La Sagreda Familia entrance and guided tour

A flamboyant and wacky park perched above Barcelona, designed by Gaudí. This UNESCO World Heritage Site features lush gardens, quirky buildings, and all kinds of fanciful details. Park Güell is basicially a Guadi theme park, with manmade walls, roads and walkways that mimic natural forms and exuberant and colorful buildings. It makes for a fun day out in the sun. Make sure that you get a ticket before you go! Everyone that goes here has a ticket, and if you don’t you will most likely not make it inside.

Get entrance tickets to Park Güell

Get entrance and guided tour tickets

This striking building is the last building that Gaudí built and is his most extravagant design as he had complete freedom with the plan and budget. There are a few tours of this building, but the best ones are the night tours. Where you will learn about the history of the building, who Gaudí was and multiple projections in the badalots (stairwells) as you work your way to the roof terrace, accompanied by exclusive light projections and a background soundtrack.

Get tickets for “Gaudi’s Pedrera: The Origins” Night Show

Get tickets for entrance and audio guide of Casa Mila

Camp Nou is the biggest stadium in Europe, home to FC Barcelona. This is a must-do for all football fans, whether FC Barcelona is your team of choice or not. The museum is also really interesting and presents the history of the football club well. The museum and seeing inside Camp Nou will take about 2 hours.

Get tickets for a Camp Nou experience

Once a year, the city holds an event is named “La nit dels Museus” (Night of the Museums), which allows free entrance to all museums for the night. Check here to see if the date falls on when you are going to be in the city.

Otherwise, most museums offer free entrance on Sundays after 3pm or on the first Sunday’s of the month. Though, expect long queues on these days so if time isn’t on your side then perhaps it’s best to go on the other days and just pay the entrance fee.

If you’re going to visit a few museums then it’s worth looking into getting a museum pass, like this one from Tiqets which includes entrance to six museums for the price of three. Museums include The Museu Picasso of Barcelona, Museu Nacional d’Art de Catalunya (MNAC), Fundació Joan Miró, The Centre de Cultura Contemporània de Barcelona (CCCB), Museu d’Art Contemporani de Barcelona (MACBA), and the Fundació Antoni Tàpies. This ticket is valid for 12 months, so no need to rush to get through them all right away!

Related Read: The Most Unusual Museums in Barcelona

The Picasso Museum in El Born plays host to some of Picasso’s lesser known works and a well-chronicled history of the time that he spent in the city. Picasso was born in Málaga, Spain and moved to Barcelona when he was 13, with the city playing an important role in his artistic development.

If you’re in the city over a weekend, then keep your visit to this museum for Sunday afternoon where entrance is free after 3pm (though, expect loooong queues!). Otherwise, if you are really interested in Picasso’s early life then join one of the Picasso walking tours where you explore the painter’s old neighborhood and favorite haunts on foot, before enjoying a guided visit to the museum.

The MNAC is possibly the most varied and comprehensive collection of Catalan art in the world, with works including Romanesque murals, religious paintings, Catalan Modernism and photography.

Located in one of the oldest neighborhoods in Barcelona, Barceloneta, the museum of Catalan history tells the story of the region. For anyone who wants to learn more about the heritage and culture of northeastern Spain, this museum is a must-visit.

Housed in large glass and white aluminum building that fills the Raval district with light and houses works from the middle of the 20th century to present day.

Get tickets to MACBA

Some other museums that you may be interested in include:

Yes, you definitely can’t go to Barcelona and not eat tapa’s on the daily. But there are a few more delicious foods to explore while in this beautiful city. All foodie’s in Barcelona need to experience as much of the cuisine in this region as they can. One way to do that is to join a foodie centered tour of Barcelona.

We’ve done some digging and found the below tours that sound super delicious!

Free things to do

The history of this area dates back to 133BC when the Romans founded the city. You’ll see remnants of the Roman ruins while strolling through these interesting streets. It makes it a fun neighborhood to wander around and window shop.

2. Relax in the parks

There are a few parks scattered around the city, like Parc de la Ciutadella, where you can sit back and relax – perhaps take part in a siesta? Parc de la Ciutadella has a small lake where you can also rent small boats and paddle around. Hike up Montjuic to enjoy some of the best views of the city – the best place to take in the beautiful sunsets of these region. Montjuic also has several different parks to enjoy a picnic, children playgrounds and last but not the least the castle on the top.

3. Take a walk around Las Ramblas

The Las Ramblas area is quite famous, and therefore is often quite crowded and avoided by locals. It’s famous for the numerous artists doing shows along the streets – music, dancing, and art is everywhere. Just strolling through the streets will provide you with endless entertainment. Just watch out for pickpocketing though!

With a coastline stretching 4.5km, Barcelona is a top-class beach destination. The most popular beaches include Barceloneta, Mar Bella, Nova Icaria and Bogatell. Barceloneta is the closest beach to the city and can easily be accessed by catching the yellow line metro – alternatively, it’s about a 20-minute walk from the city. The beach is packed with restaurants and bars.

Nova Icaria Beach is also packed with beachside bars and restaurants and is located quite close to Olympic Marina. For those who love watersports, Mar Bella Beach is a must visit. Activities here include windsurfing, kayaks and hobie cats. Rollerblade enthusiasts, cyclists and joggers will enjoy Nova Icaria. It’s a more tranquil area, with fewer bars and restaurants.

Bring some snacks and drinks along for a glorious picnic at Bunker del Carmel. These former anti-aircraft bunkers were used in the Spanish Civil War and have now become the trendiest 360º view point in Barcelona. Here you can climb atop Turó de la Rovira and admire the city, while sipping on some delicious Spanish wine.

Check out these other great viewpoints in Barcelona.

What to do in Antwerp: Take a World Trip

Top Ways to Embrace the Beautiful Blue Waters of Menorca

What Makes France so Special?