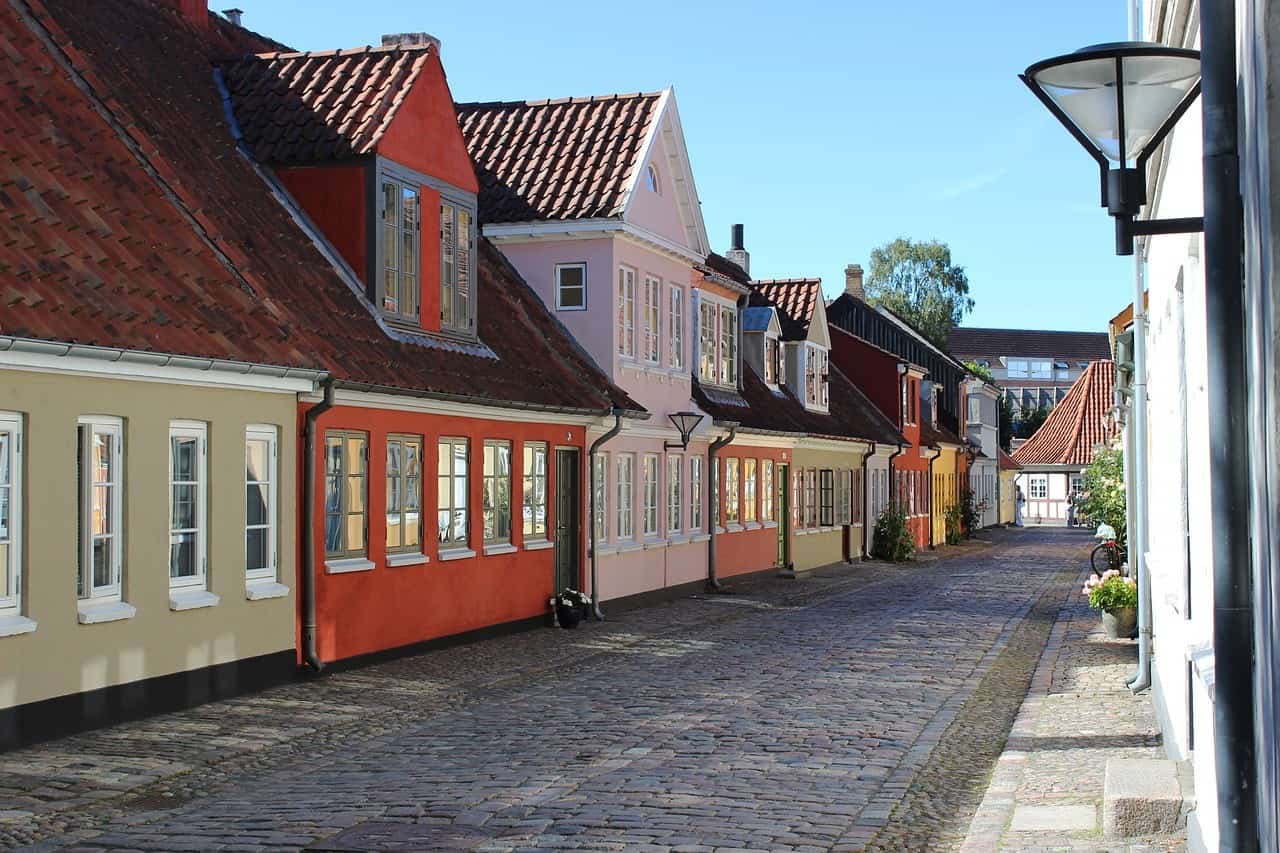 I had never heard of Odense until a recent trip to Denmark, but I became almost immediately enchanted with Denmark’s third-largest city and home to Hans Christian Andersen, Odense’s claim to fame.

Odense has a welcoming feeling, but it is the local pride Odense citizens have at keeping the stories of Hans Christian Andersen alive that permeates life in Odense and makes for a delightful day trip. I also found that there are many wonderful things to do in Odense – which I’m excited to share with you.

Best things to do in Odense Denmark

At the museum you can even visit the house where Hans Christian Andersen grew up, which was shared by several families as his family was very poor. The museum also has a lot of his personal belongings, since Hans Christian Andersen became famous while he was still alive.  I was interested to learn that in addition to writing, he also used to make intricate paper cuttings, some of which are on display at the museum.

The Tinderbox is right beside the Hans Christian Andersen Museum and is a cultural center where children’s own stories come to life.  There is a wide selection of costumes for children to choose from and then a life size set with houses and bridges where children can readapt Hans Christan Andersen fairy tales or make up their own new ones.

There’s also a place for puppet theatre and an art room.  I can’t recommend The Tinderbox enough if you have children.  Creativity in numerous forms is encouraged and judging by the enthusiastic children we saw, kids love it!

The cobble stone streets and well cared for historic houses are right across from where Hans Christian Andersen grew up.  It’s in the central part of Odense and today it’s hard to imagine that at one time this was one of the poorest areas of town since today, it’s quite the opposite.  I could have wandered these streets for hours!

Biking Along the River

Statues of characters from Hans Christian Andersen’s fairy tales are everywhere.  Our guides said that locals feel it is their responsibility to keep the memory of Hans Christian Andersen alive.  I must say they do a good job of it and it is fun to try and figure out which fairy tale the statues are from. Anywhere you go in Odense you will come across these statues.

Odense is just over an hour train ride from Copenhagen and was one of the highlights of my trip to Denmark. I found the things to do in Odense really fun and interesting.

Why not check it out for yourself?

3 Days in Amsterdam: What Not to Miss