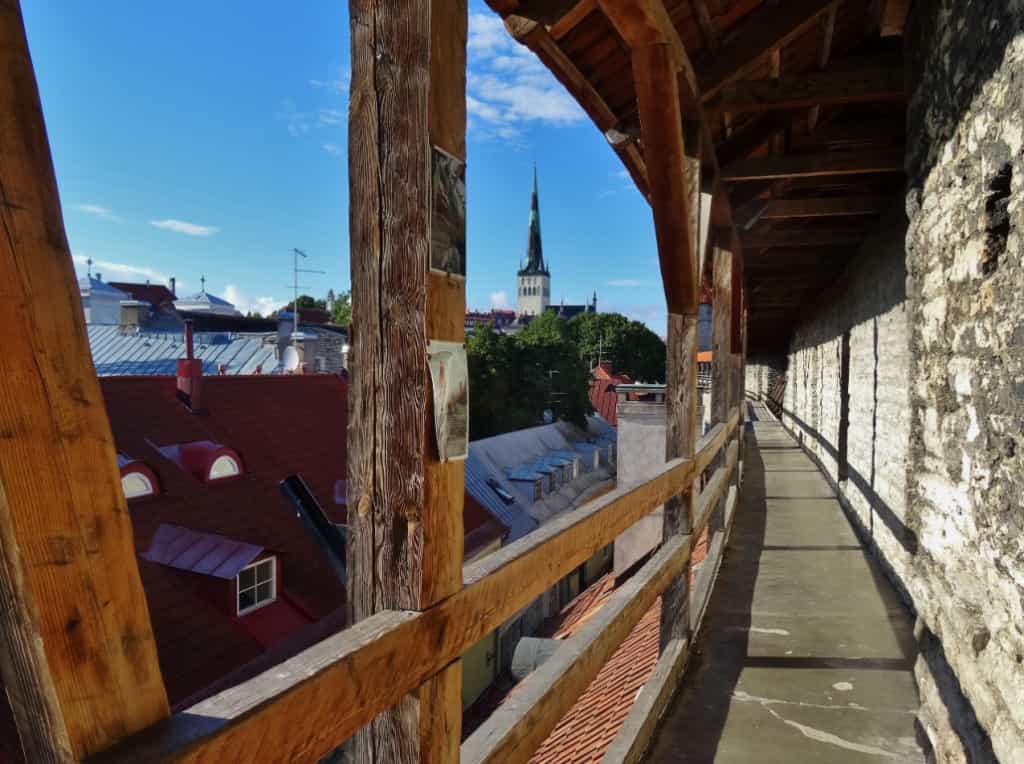 The Hellemann Tower, right by the Estonian Viru Gate in central Tallinn, is one of many towers lining the city wall. It’s one of the must do things to do in Tallinn.

So, here’s what you need to know about visiting Hellemann Tower in Tallinn.

History of the Hellemann Tower

Several towers were destroyed over the years (there were 45 originally), but this is one of the 26 that still stand proud, and you can go up the tower to see some pretty impressive city views.

The tower is a brilliant and largely accessible piece of medieval architecture, if you can brave the slightly wobbly spiral staircase up to the first floor! It’s estimated that the Hellemann Tower was completed in 1410.

There are two defence floors to explore, along with a section of the terrace walk where soldiers would have patrolled to defend Tallinn from attacks. Along the terrace walk there are information boards explaining some of the buildings you can see along the skyline, such as the town hall, which dates from 1404. Try not to look down if you’re scared of heights or prone to vertigo, as the boardwalk consists of wooden planks with small gaps in between. It’s perfectly safe, but a bit scary for some!

The Kanne wall, a really old section of the city wall, can be seen from the first floor. It was built on the orders of the Danish king Valdemar II – the Danes were one of many invaders who ruled Estonia over the years.

Entrance to the tower is really cheap and, though you won’t spend long here, it’s worth doing during your visit to Tallinn. It’s also quite quiet compared to some of the more well known city attractions, so you can go here to escape the crowds.