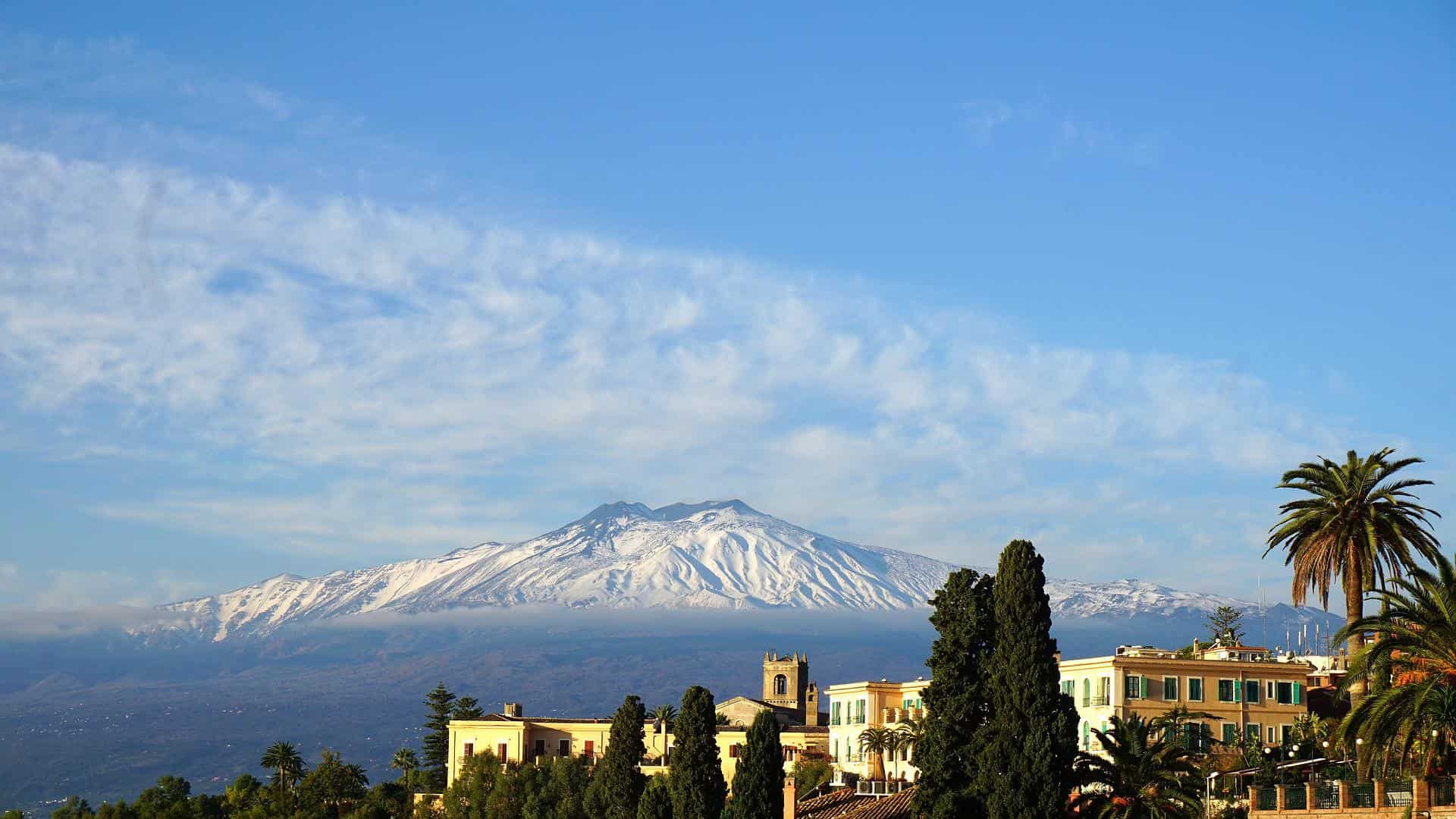 Going to Italy and not visiting Sicily should be considered a crime. It’s one of the most beautiful islands in the world. Even the Ancient Romans can confirm that. Here are a few useful things to know about Sicily when planning your trip.

This Mediterranean slice of heaven has a vibrant history you can feel while walking the antique streets. You can explore the mountains, forests, waters, cuisine or ski down the nearby active volcano. Yes, you can really do that!

Most locals consider Sicily to be a separate entity in Italy. That’s mainly because of their dialect. Even if you’ve been studying up on your Italian, you’d still have a hard time talking to the locals. Nevertheless, the cuisine, architecture, and culture more than make up for it. The locals are great at describing everything to tourists just by using their hands!

Here are the most important things to know about Sicily when planning your trip to the island.

When is the best time to visit Sicily?

Sicily is one of the places where you can go any time of the year and have a great trip. That’s because it’s one of the most southerly destinations, and it’s pretty close to North Africa. If the seasons are generous, you could be swimming in the sea even in November. Additionally, the summers aren’t that hot because the island is home to a constant breeze from all sides.

Now, let’s get into the specifics. The tourist season in Sicily starts in June or July, depending on the year. Until the middle of September, you can expect higher prices and a lot of people in the streets. If you plan to visit during the summer, remember to book all of your experiences beforehand. Reservations tend to sell out pretty quickly.

If you don’t like to deal with crowds all the time, a better time to visit would be March, April, or May. You’ll have a lot of room to go sightseeing, but you need to check online whether specific services are open for business. Locals usually close down when the season ends to do repairs or renovations, and they might be out of order at the moment. That’s true for restaurants, shops, and a few resorts.

How to get around Sicily

There are two primary choices when it comes to travel. The first one is renting a car, and the second one is using public transport. You’ll want to avoid the latter. Public transport timetables are more like guidelines instead of actual schedules. It’s pretty normal for a bus or a train to be 15 minutes late. Because you’ll want to see everything under the sun, it’s better to rent a small car.

You need a smaller vehicle because the island has a massive parking issue. Additionally, the streets are quite narrow, and you might feel anxious driving on the tight roads. What’s even more, the locals drive like they’re crazy. They’ll probably figure out you’re a foreigner by watching you abide by all the rules. Then, they’ll cut you off from all sides or pull out without proper signalization. The same rules apply to the youngsters on motorbikes. Remember to check multiple times if there are any scooters nearby.

You can book car rental through Europcar.

One of the important things to know about Sicily is that you’ll need cash. You’re going to lay off using your credit card during the trip except for taking out money from ATMs. Euros are similar to the dollar in terms of their value, and you’ll need them to pay for granitas, wine, coffees, and dinners. The same thing applies to large markets and tolls on the road.

However, that doesn’t mean you should always carry a thick wallet in your back pocket. Bring a little more than necessary, keep the bulk of your money at home, or make regular visits to the ATM. It’s better to use the ones issued by banks because private ones have hefty transaction fees.

Try to adapt to how the locals live. When they have a siesta, take one too! Also, no trip to Sicily would be complete without shopping in the local markets. It’s best to go early in the mornings because that’s when the fresh produce is laid out. If you decide to sleep in, nothing will be left.

Forget about your diet and enjoy some fresh bread while you’re there. It’s fresh in the morning or after the siesta. All of your taste buds will be overjoyed by the sounds, smells, colors, and tastes you experience!

Don’t talk to locals about the mafia

Most of the stereotypes about Italians are true. They love eating pizza, pasta, and salads. They drink wine and take breaks from work during the day to take a nap. And, of course, when they talk, it looks like they will start fighting at any minute. Well, the same thing is true about the mafia.

Blockbuster movies are filled with Italian mafia bosses, but the Sicilians have to live with them. Even though the criminal activities are close to zero, some shops still have to pay fees just to be “protected from danger.”

You won’t experience any sort of crime or violence as a tourist. In fact, it’s an incredibly family-friendly place to visit. However, you should pay attention to how you use your internet. Hackers are more prominent than the mafia, and they’re waiting for tourists to take the bait of public Wi-Fi.

Since you won’t have data all the time, it’s wise to install a VPN with limited features for when you’re using a public network. This way, you’ll be able to enjoy the internet safely and be protected from malware, ads, and intrusive cookies.

Top Spots for Saltwater Fishing in the UK

A Guide to Renting a Holiday Home

The Biggest Mountains to Climb Around the World