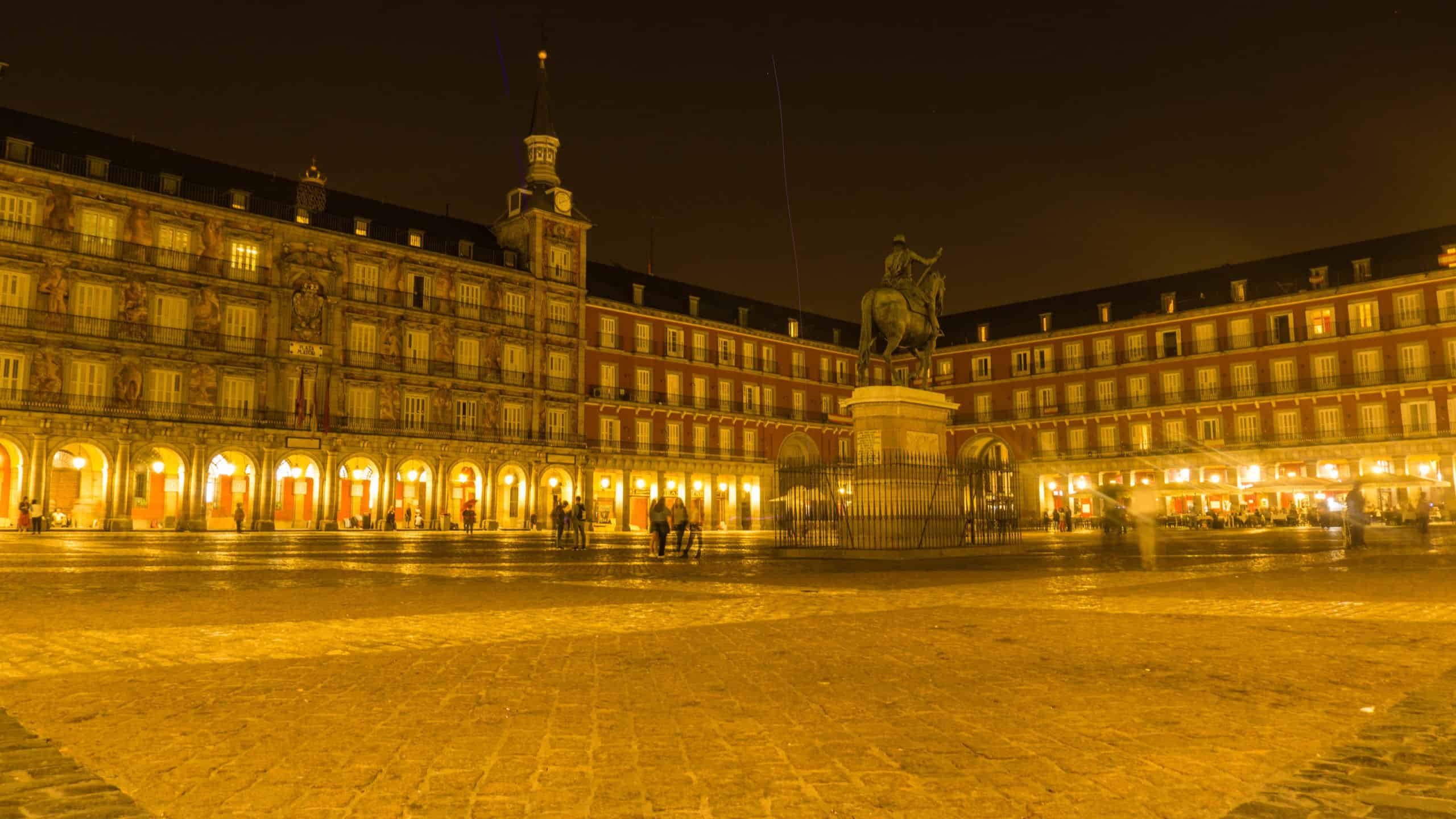 There are several top cities in Europe which you simply have to see when you are traveling in Europe: Berlin, Paris, London, Lisbon, Amsterdam, Venice, Prague, Vienna… and definitely Rome, Barcelona and Madrid.

Madrid, Barcelona or Rome? Why choose one if you can do all three?

And it’s easier than you think. I’ve visited all three in one trip.

All three cities are a bit similar and still so different.

There is nothing like Rome. This city is full of amazing ancient history at every corner and if you choose well, delicious Italian cuisine. There are so many sights, that you have to spend at least 3-4 days to scratch at the surface and visit highlights like the Colosseum, Spanish Steps, its many baroque fountains and the Vatican City.

Read our guide on where to stay in Rome.

Barcelona is hip, stylish, a little crazy (positive) and got many little alleys with full of atmosphere with its tiny cafes, restaurants and shops. Not to forget its life on the streets, like you see it on the little squares. Barcelona is also Gaudi with its La Sagrada Familia, Park Guell and Casa Batllo.

Read our guide on where to stay in Barcelona.

Madrid is elegant, chic, a bit posh with its bigger boulevard, parks, palaces and museums like the Prado, Royal Palace, Buen Retiro Park and Placa Espana. It’s also full of quality living, enjoying life (for example with good food), meeting friends in cafes, strolling through the pedestrian streets and relaxing in one of the parks.

Read about the not-to-miss Madrid landmarks and things to do in Madrid on a Sunday.

To combine Rome, Barcelona and Madrid is very easy. All you need is a flight to Rome, one more to Barcelona and a return flight from Madrid. The journey from Barcelona to Madrid is nicely and easily done with the AVE high speed train. It takes around 2-3 hours, which will take you through the Spanish countryside.

As I have already mentioned, I did my trip with Independence by Globus, who see themselves as an Un-tour operator, which describes it nicely. They take care of the simple, necessary and sometimes also so annoying things. They took care of the flights and then welcomed me at the airport and took me to the hotel.

I travel quite often, also to new destinations, actually right now while writing this article. I will land in a few minutes and I have no idea how to get into the city. Sure, I could simply take a taxi, which is definitely not the wisest option quite often. It’s expensive and get you stuck in traffic. The same can happen with the bus. It’s cheaper, but has to drive through the same traffic. That leaves us with the train, which ends at the train station and then you still have to see how you get from there to your hotel.

The transfer with ‘Independence’ was included in the price and if I would have paid it myself separate, it would have been cheaper than the taxi ride. OK, it might also get stuck in traffic, but at least it takes me straight to the hotel and I know that I won’t get ripped off, which can sadly happen so easily with taxi drivers. Seriously… why are there still so many taxi drivers who still try to trick their passengers?

On day of arrival ‘Independence’ offers you to explore the city on yourself and their local expert gives you the right tips on where to go and what to see. That tip is important, as they know the city really well, but on the following day you will also explore the city with a guide and you don’t want to see the same stuff twice. The tour gives you a good and easy way to get to know the city. You’ll see the must-see sights and usually there is one, two where you spend a little more time. And if there is one which is more of interest for you, you can explore it more on the third day.

When I’m traveling, I love to explore the city by my own. I walk like crazy until my feet can’t take me any longer. Then I’ll choose a bar for a break. After recovering I keep on exploring again. In all three cities, this is a great way to do. That way you find many little squares and alleys full of atmosphere, tiny bars, cafes and unique boutique shops.

I found that ‘Independence’ provided a really good mix of exploring the city by my own and having a guided tour with more in depth info and where it’s more organized, which also included skipping lines at popular sights.

I’ve done my own walking tour on this trip, as usual, but I’ve also done different organized tours and there were a few I was glad that I did.

Tours to do in Rome:

Here you’ll find a complete guide for things to do in Rome.

Tours to do in Barcelona:

Here you’ll find more things to do in Barcelona.

Tours to do in Madrid

I’ve asked our local ‘Independence’ experts for different restaurant tips and I’m happy that I did. I’m usually a bit skeptical with the tips I get recommended. The tips I got in all three cities were really good and I would recommend them also to you:

Where to eat in Rome

Where to eat in Barcelona

Where to eat in Madrid

If I would have to choose one of those three cities, I seriously have no idea which one to choose. That’s why I would recommend to visit all three. Hahaha   They are “Same same, but so different”.

I’m sure that YOU would be able to choose a favorite, depending on your personal taste, but I’m also sure that you will like them all. And the only way to find your favorite is by visiting all three.

Let me know which one you like most and why, Madrid, Barcelona or Rome?

If you prefer somewhere a bit quieter, check out these hidden gems in Europe.

The Most Beautiful Views in Ruka Kuusamo Finland

A Green Weekend on the Jurassic Coast