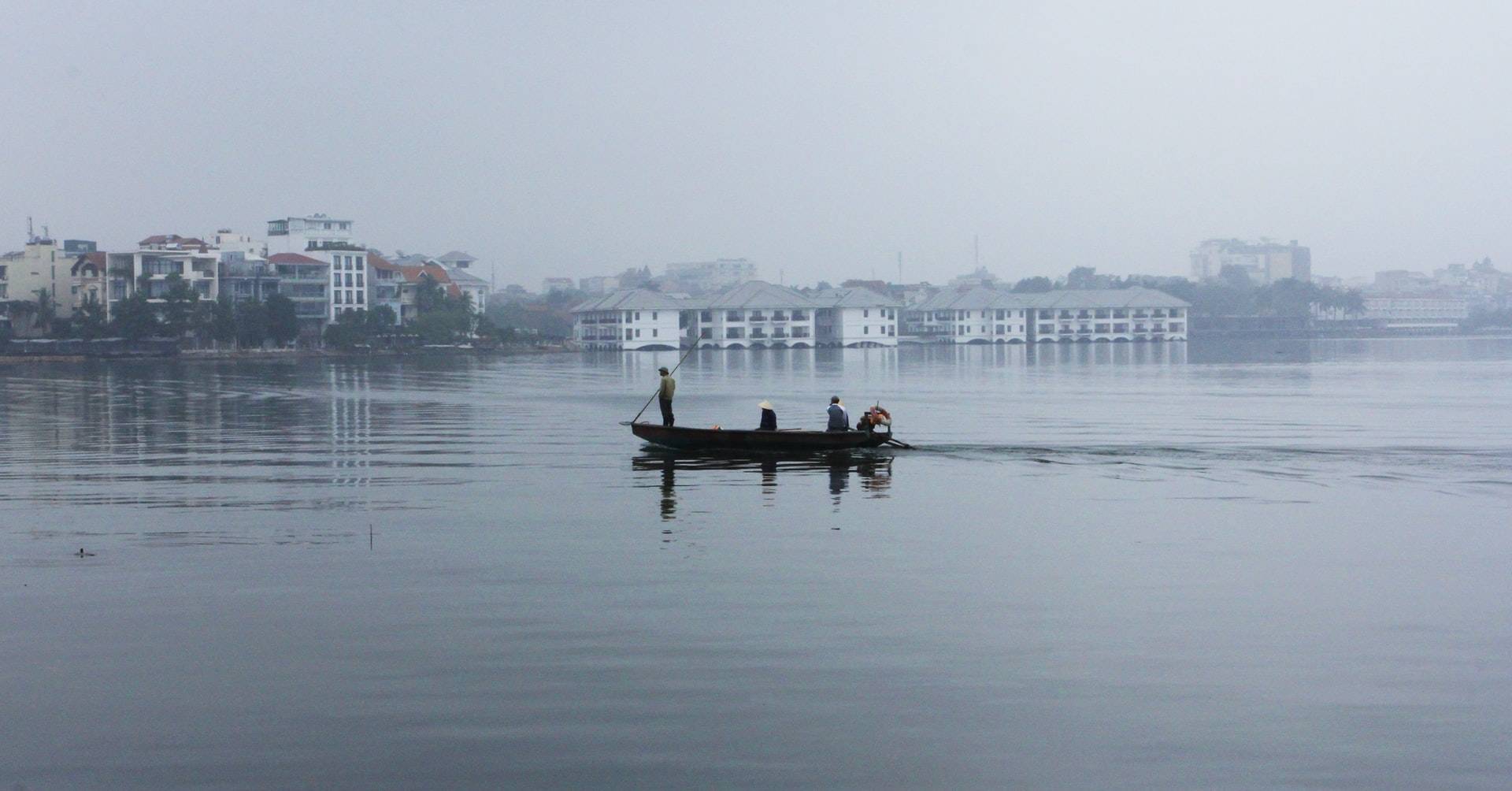 We would like to recommend 10 of the top things to do in Hanoi, Vietnam.

Before you leave for Hanoi we recommend getting good travel insurance e.g. the award-winning Travel Insurance by WorldNomads, which you can easily purchase online for the necessary duration.

Top Hanoi things to do

1. Hoan Kiem Lake (The Lake of the Restored Sword)

Hoan Kiem Lake, meaning “Lake of the Returned Sword” or “Lake of the Restored Sword”, is a lake in the historical center of Hanoi, the capital city of Vietnam. The lake is one of the major scenic spots in the city and serves as a focal point for its public life.

Visiting the Old Quarter is one of the top Hanoi things to do!

The Old Quarter, near Hoan Kiem lake, has the original street layout and architecture of old Hanoi. At the beginning of the 20th century the city consisted of only about 36 streets, most of which are now part of the old quarter. Each street then had merchants and households specialized in a particular trade, such as silk traders, jewellery, etc. The street names nowadays still reflect these specializations, although few of them remain exclusively in their original commerce.

The area is famous for its small artisans and merchants, including many silk shops. Local cuisine specialties as well as several clubs and bars can be found here also. A night market (near Xuân market) in the heart of the district opens for business every Friday, Saturday, and Sunday evening with a variety of clothing, souvenirs and food.

The Ho Chi Minh Mausoleum is a large memorial to the Vietnamese leader in Hanoi, Vietnam. It is located in the center of Ba Ðình Square, which is the place where Ho read the Declaration of Independence on September 2, 1945, establishing the Democratic Republic of Vietnam.

Water puppetry “puppets that dance on water”) is a tradition that dates back as far as the 11th century CE when it originated in the villages of the Red River Delta area of northern Vietnam. Today’s Vietnamese water puppetry is a unique variation on the ancient Asian puppet tradition.

The puppets are made out of wood and then lacquered. The shows are performed in a waist-deep pool. A large rod supports the puppet under the water and is used by the puppeteers, who are normally hidden behind a screen, to control them. Thus the puppets appear to be moving over the water. When the rice fields would flood, the villagers would entertain each other using this form of puppet play. Traditional legends and historical tales are among the enchanting puppet plays performed at this popular theatre

It is a temple of Confucius in Hanoi, Vietnam. Although several Van Mieu can be found throughout Vietnam, the most prominent and famous is that situated in the city of Hanoi, which also functioned as Vietnam’s first university. It is featured on the back of the one hundred thousand Vietnamese banknote.

The Vietnam Museum of Ethnology (Vietnamese: Bao tang dan toc hoc Viett Nam) is a museum in Hanoi, Vietnam, which focuses on the 54 officially recognized ethnic groups in Vietnam. It is located on a 3.27-acre (13,200 m2) property in the Cau giay District, about 8 km from the city center.

It is widely considered to be the finest modern museum in Vietnam and a tourist attraction in Hanoi.

Ho Tay is the largest of all the lakes in Ha Noi. The lake is on the northwest part of the city. Long ago, the lake was a branch of the Red river but later, as the river changed course, the lake remained a body of water just west of the river. There are many legends associated with West Lake. The most popular is the legend of the golden buffalo. As the story goes, there once was a medicine man who was a giant. He is well known in Vietnam for his medicine practice and the king often used him to treat the royal family. His fame reached China and he was invited to China to treat the king. He was successful where others have failed so the king was going to reward him with great wealth.

He refused offerings of gold and only requested that the king give him all the black copper in the king’s vault. The king agreed and the giant left for Vietnam with vast amounts of black copper. In Vietnam the giant molded a giant bell of black copper. The giant rang the bell and the sound resonated all the way to China. In the king’s vault there was a golden buffalo. Upon hearing the sound of the bell, the buffalo came to life (because he thought that his mother was calling him) and charged southward. Upon reaching Ha Noi, the buffalo trampled the land in the area near Red river. Over the years, this area filled with water and became Ho Tay or West Lake.

This market spreading from Hang Dao Street to Dong Xuan Market creates a busy and crowded walking street. on weekend evenings, a lot of people come here to stroll or go shopping, which becomes a habit.

People come here for shopping or just strolling in the crowd to feel the atmosphere of the night market and the habit of Hanoians. Children are excited about going shopping with their family, sitting o­n their father’s shoulders, holding their mother’s hand, walking in a stream of people, playing with sand pictures and painting statues. It is so romantic to see lovers hand in hand walking o­n the street, smiling, taking pictures, buying some pieces of clothes at weekends. There are lots of foreign tourists who go sight-seeing or shopping. It is easy for them to find Hanoi or Vietnamese style souvenirs at low prices.

Food stalls often sell “banh beo” (bloating fern-shaped cake), bacon, grilled “nem chua”, sausages, Hai Phong bread, Donner Kebap, cakes, sweet porridge of northern provinces or Hue city. At the end of the night market street, next to Dong Xuan market, there is a night eatery with a wide range of food, such as “lau”, grilled food, “banh khuc” and steamed sticky rice. Some of the best street food in Hanoi can be found at this market.

Bat Trang, a small village in the north of Vietnam, is about 13 kilometers south east of Hanoi center, on the other side of Chuong Duong bridge. Why is its name popular to most tourists to northern Vietnam? The answer is its ever famous ceramic and pottery products of high quality. If you have known about Vietnam, you may not be surprised that Bat Trang’s vases, bowls, dishes, and many other kinds of ceramic products have been exported worldwide. Should you would like to contemplate workers making ceramic products by hand, just come here! What’s more, you can also try it yourself!

Check out the list of tours and tickets that you get for Hanoi before you go!